The amnesty is part of a UK-wide firearms surrender campaign. 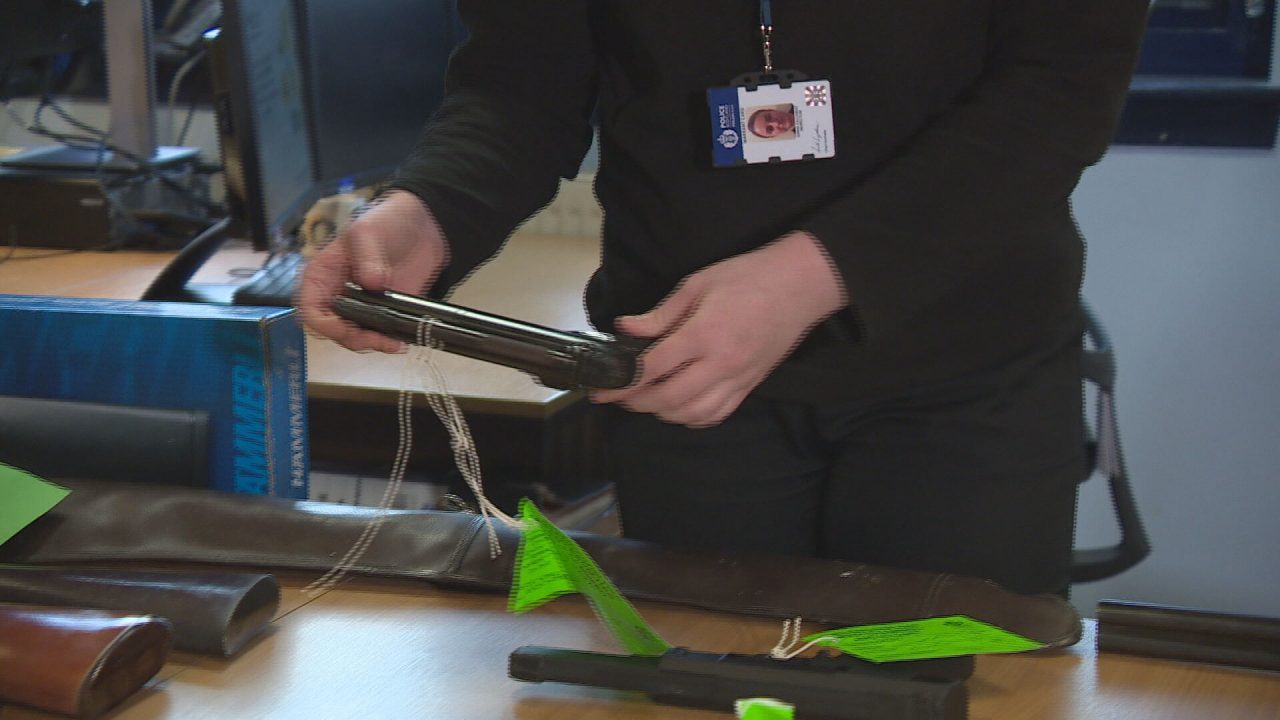 People in possession of firearms and ammunition without a valid certificate have until Sunday to safely surrender them at police stations across Scotland.

The amnesty is part of a UK-wide firearms surrender campaign.

In addition to being able to hand in firearms and ammunition, the public are also able to hand over replica firearms, air weapons, BB guns, imitation firearms, component parts and other ballistic items to any police station.

The campaign is running to stop weapons and ammunition “falling into the hands of criminals” and in turn to improve public safety.

Assistant chief constable Alan Spiers said: “Police Scotland have been participating in a UK-wide surrender campaign. The purpose of the campaign is to remove firearms from criminal activity. Very often innocent weapons held or parts of weapons or ammunition can very often fall in the hands of criminals.

“The purpose of the campaign is about improving public safety by removing firearms and taking them away from the reach of criminals. We’re all too often reminded of tragic circumstances that occur as a consequence of firearms falling into the wrong hands.

“It’s really important as we try to build on public safety across Scotland, that we present opportunities for the safe surrender of weapons like this. What you see kind of displayed here today is a series of weapons that relate to one small part of Scotland.

“We are really committed to trying to improve and enhance public safety. One way of doing that is as for the surrender campaign, and I would appeal to individuals across the country to present those weapons for us.”

Cabinet secretary for justice and veterans Keith Brown said: “I would encourage anyone in possession of an unneeded or unlicensed firearm or air weapon to safely hand it over to police at one of their designated police stations.

“Firearm offences remain at historically low levels in Scotland, but by removing unwanted weapons this important campaign by Police Scotland will help keep our communities safe and prevent firearms from falling into the wrong hands.”