Nicola Sturgeon said firms will have time to operationalise and test the arrangements they put in place. 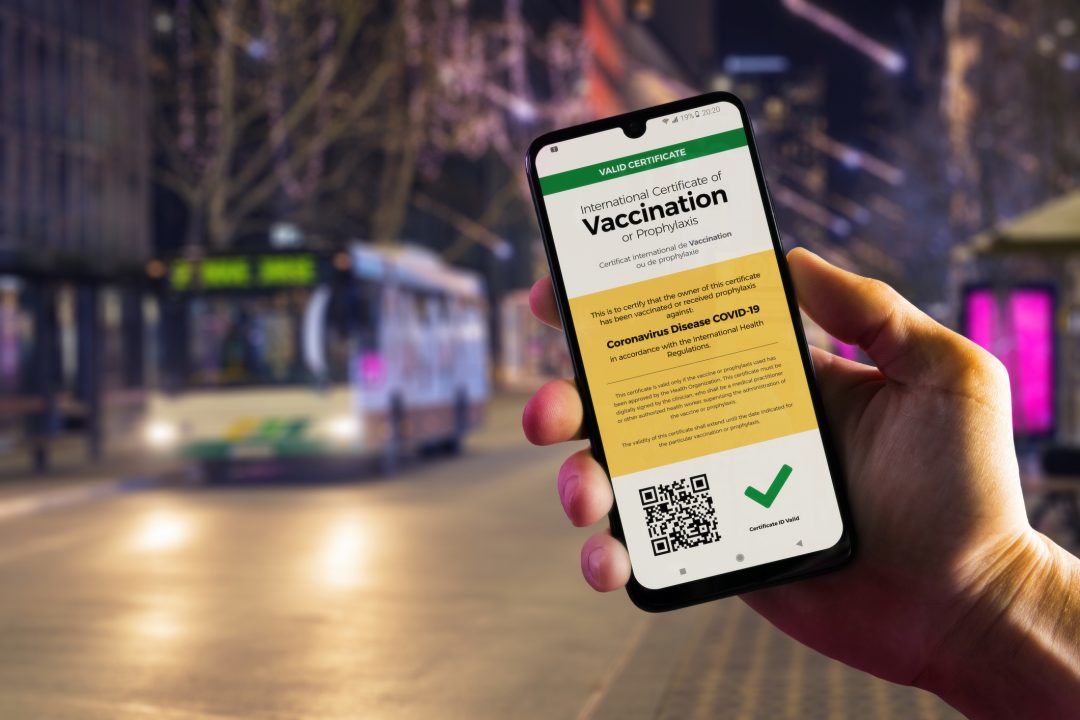 A ‘grace period’ will be given to businesses in Scotland to allow them to prepare for the implementation of Covid passports, Nicola Sturgeon has confirmed.

The First Minister explained that although the legal obligation for the scheme will come into effect from 5am on Friday, it will not be until October 18 that any business could face enforcement action for non-compliance.

Speaking at the Scottish Parliament on Tuesday, Sturgeon said that the two-week period will allow firms to “test, adapt and build confidence” in the practical arrangements they will need to put in place for the scheme.

It comes after nightclub bosses last week launched a legal challenge over the vaccine passport scheme.

The First Minister also confirmed that capacity limits, in place for stadia and live events, will be lifted.

“We have continued to engage with businesses as we have developed the detail of the certification scheme,” Sturgeon told MSPs.

“I understand that many businesses have concerns about certification – however, I am grateful to all those that have nevertheless engaged in these discussions so constructively.

“The Government remains of the view that a targeted certification scheme does have a part to play in
driving vaccination rates up as high as possible, and providing an additional layer of protection over the
winter months as we seek to achieve the potentially difficult task of keeping Covid under control while
keeping our economy fully open.”

“Indeed, many other countries are already demonstrating the value of Covid certification.

“It is for these reasons that Cabinet decided this morning to proceed with the laying of the regulations
that will bring such a scheme into operation.

“However, we are also determined to listen and, as far as possible, respond to the reasonable concerns
of business, so that the introduction and practical implementation of the scheme is as smooth as
possible.”

Sturgeon said businesses will be able to operationalise and test the arrangements they put in place.

“I can confirm therefore that Cabinet this morning agreed a change to our original plans for the scheme’s
commencement,” she told Holyrood.

“The new, staged approach we are proposing now is designed to help businesses adapt to the requirement
that the scheme will place upon them, and give them a period in which they can operationalise and test
their arrangements in practice.”

She continued: “I can therefore confirm that after the legal obligation comes into force at 5am on Friday this week, we intend to allow a further period of slightly more than two weeks – until October 18 – before any business could face enforcement action for non-compliance.

“This period – effectively a grace period – will allow businesses to test, adapt and build confidence in the practical arrangements they will need to put in place to be compliant with the scheme.”

The First Minister added: “The pragmatic compromise that I have just outlined in relation to a staged introduction of the scheme demonstrates, I hope, that we are listening to business about the practical challenges they face and that we are determined to work with them to overcome these.”

He told the First Minister: “Warning after warning from businesses for weeks were ignored by this government and only now does Nicola Sturgeon finally admit that this is a botched scheme.

“In a little over 48-hours time, it will come into force, yet the Government is still publishing vital new information and guidance about how to administer the scheme.”

Scottish Labour leader Anas Sarwar said: “Can I plead with (Sturgeon) again to please consider the role of testing, as making sure someone is negative going into a venue is still more important than if they are vaccinated.”

He told MSPs: “The 18-day delay in enforcement is an admission that the Government and businesses are nowhere near ready and we have evidence that shows that the passports don’t even work.”