Temperatures plummeting across the country and conditions in some areas overnight could be the coldest since 2010. 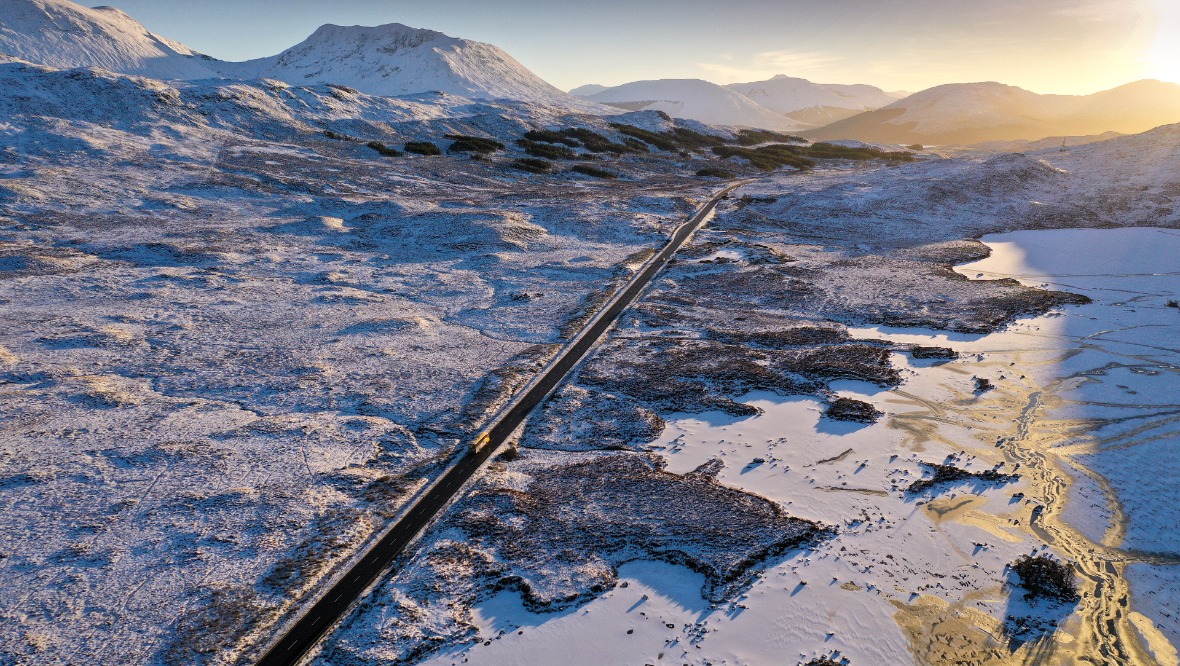 If you thought last night was cold, it’s going to be even colder tonight – especially for southern and eastern Scotland.

Something pretty strange happened at Loch Glascarnoch in the north Highlands on Friday.

The station was recording -8.2C at 7am; this had risen to -5.9C by 9am. But then suddenly plummeted to -9.7 an hour later and continued to go down throughout the day as the sun shone.

This has probably been down to something called a Katabatic flow, where colder air has streamed in from surrounding colder glens and has become trapped over the loch.

The temperature at Loch Glascarnoch at 4pm was shockingly low at -11C and looks set to drop a few more degrees in the next few hours.

Most of Scotland experienced an ice day on Friday, with temperatures staying below freezing. By the end of the afternoon, temperatures were already sitting at -5C in Aviemore and -3C at Glasgow and Edinburgh Airports.

Now the sun has set, the temperatures will fall off a cliff with some of the coldest spots tonight in the south and east. I expect temperatures to fall to around -15C in the east Highlands and in upper Deeside.

I even think that parts of South Lanarkshire will drop to -10C or perhaps lower, which would make it our coldest conditions here since the big freeze of 2010. Glasgow Airport sits in a frost hollow where temperatures generally record a few degrees below the surrounding areas in Paisley and Bishopton.

With this in mind, it’s possible Glasgow Airport will bottom out at -8C.   This is the last big shock from this current cold spell with milder air, wind and rain arriving this weekend.

While most of the country shivers through a very cold night, the Western Isles will be warming up as the milder air moves in from the Atlantic. Barra may reach 7C by Saturday morning.

The milder weather expected through next week has now been squeezed to just a few days now as colder conditions look like returning – especially to the north.

We’re also monitoring changes to the Polar Vortex which could bring more very cold and wintry weather later in the month and into February.