Beer gardens and hairdressers set to reopen in July

Nicola Sturgeon set out a range of 'indicative dates' for when she plans to lift certain lockdown restrictions. 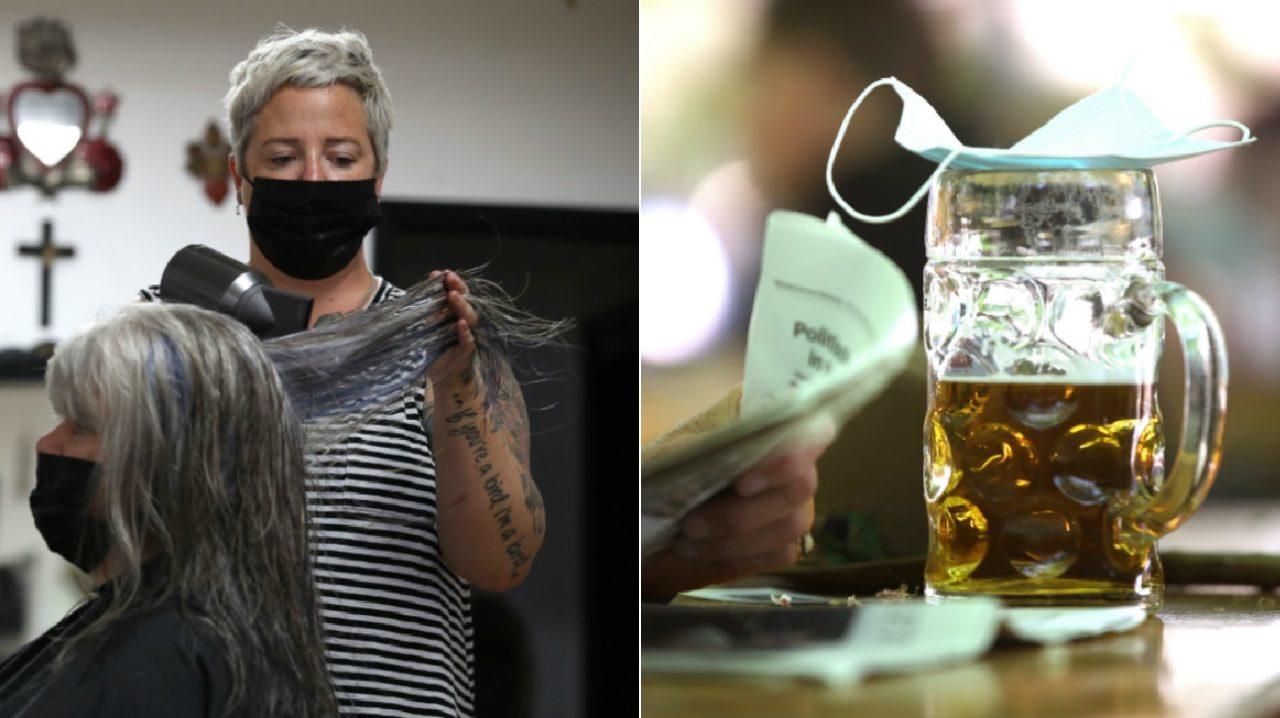 Beer gardens should be able to reopen from July 6 while hairdressers are expected to resume work on July 15, Nicola Sturgeon has said.

The First Minister set out a range of “indicative dates” for when the Scottish Government plans to lift certain restrictions and enter different phases of the route map out of lockdown.

Under the plans, Scots will be allowed to travel around the country for recreation and leisure, rather than the current guidelines of a five-mile limit, from July 3.

It would also allow people to visit self-catering accommodation like holiday cottages or caravans.

Beer gardens and other outdoor hospitality like restaurants and cafes are expected to open their doors again on July 6 provided coronavirus continues to be suppressed.

On July 13, the plan is to allow shopping centres to open their doors again, while organised sport for children and young people should also resume.

And by July 15, the government hopes indoor meetings between members of two different households will be safe enough to be permitted.

That same day, the tourism sector should be up and running once more – including restaurants and pubs indoors and outdoors, hotels, B&Bs, museums and art galleries.

However, there will likely to be significant restrictions and “a number of conditions” in place for that, and Sturgeon confirmed two-metre social distancing remains in place for now.

Also reopening on that date, it is hoped, are hairdressers and barbers.

The Scottish Government has earmarked July 10 as the date for when outdoor meetings, such as in parks of private gardens, will be allowed between multiple households, rather than the current maximum of three.

Addressing MSPs, the First Minister said that day could also see the expansion of the extended household initiative, which currently allows people living alone to join one other household and behave as a single household.

She stated she would also look at measures that would allow young people and children to mix more with their peers.

On the provisional dates, the First Minister said: “This greater clarity is possible because of the progress we have made against the virus – but delivering on the milestones depends on that progress continuing.”

As part of the updated route map for Scotland, Sturgeon said she hopes phase three will begin on July 9, after the official lockdown review which takes place every three weeks.

But she warned that if Covid-19 begins to take hold again, the move out of lockdown “will be halted” and could even be reversed.

The FM said: “Our challenge – not an easy one – is to manage all of this change while keeping the virus firmly under control.

“If at any stage there appears to be a risk of its resurgence, our path out of lockdown will be halted and we may even have to go backwards.

“To avoid that, we must get as close as possible to elimination of the virus now and build confidence in our ability to control it in future through surveillance, testing, contact tracing and, where necessary, targeted suppression measures.

“If we can do that, then the move from phase three to phase four will become possible, perhaps as we go into August.

“That won’t be easy and it certainly cannot be taken for granted. But we can all play a part in making it happen.”

By phase four, according to the Scottish Government’s route map, life should begin to feel much more like normal.

It comes as four new deaths of Scots with coronavirus were reported in the last day, taking the death toll combining confirmed and presumed Covid deaths in Scotland to 4127.

But weekly deaths fell to 49 in the week ending June 21, their lowest level since before lockdown began, while just nine new cases of the virus were recorded in the last 24 hours, the smallest figure since March 11.

Sturgeon said: “The choices we have made to date as individuals, and collectively as a society, have brought us this far – albeit with a lot of sorrow along the way.

“But arguably, the choices we make in the coming weeks will be even more important, as we learn to work, socialise and live alongside each other again, but in a way that keeps the virus under control.

“For us to meet each other indoors again, for more businesses to reopen, for children to return to school on a full time basis in August – all of that depends on all of us acting for the common good.”