The former US President addressed delegates at the COP26 summit in Glasgow. 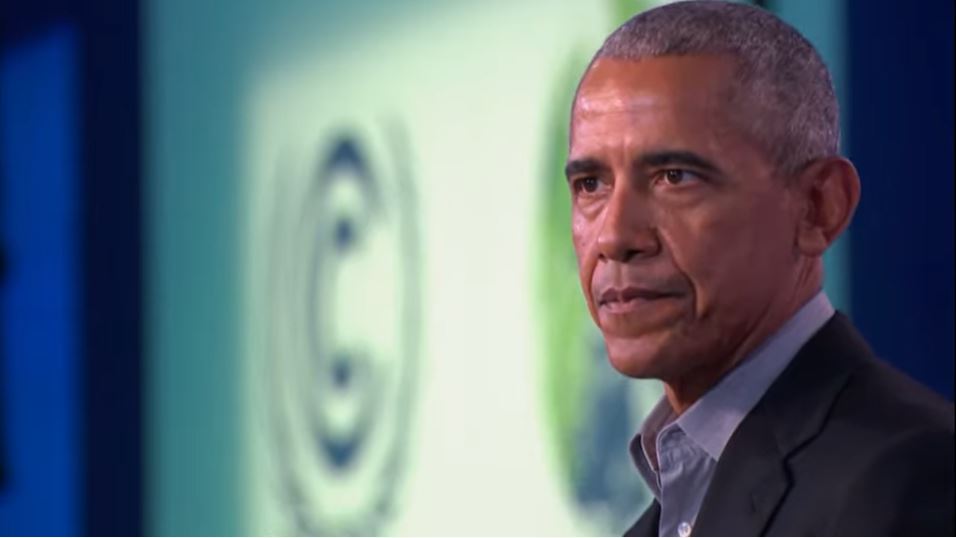 Barack Obama has said that “time really is running out” when it comes to climate.

The former US President issued the warning as he addressed the COP26 summit in Glasgow.

Obama, speaking at the start of the second week of the event, told delegates that “we have not done nearly enough to address this crisis”.

“Even though I’m not required to attend summits like this this any more, old habits die hard,” he said as he began his speech in the main plenary at COP26.

“And when the issue at hand is the health of our planet, and the world our children and our grandchildren will inherit, then you will have a hard time keeping me away.

Obama, who served in the White House between 2009 and 2017, praised the work of John Kerry, the US’ Special Presidential Envoy for Climate, whilst outlining the need for more action to be taken.

“When it comes to climate, time really is running out,” said Obama.

“You heard the same message from world leaders last week. Now that they’ve left, here’s what we can report: meaningful progress has been made since Paris.

“The agreements made here in Glasgow, thanks to so many of you – including my friend John Kerry, who is tireless with his team – thanks to your efforts here in Glasgow we see the prospect of further progress.

“What is also true is that collectively and individually, we are still falling short.

“We have not done nearly enough to address this crisis, we are going to have to do more, and whether that happens or not to a large degree is going to depend on you – not just you in this room, but anybody who’s watching or reading a transcript of what I’m saying here today.”

Obama said that he “wasn’t real happy” about former president Donald Trump’s decision to pull the US out of the Paris climate agreement.

“Some of our progress stalled when my successor decided to unilaterally pull out of the Paris Agreement in his first year in office,” he said.

“I wasn’t real happy about that.

“And yet, the determination of our state and local governments, along with the regulations and investment that my administration had already put in place, we were able to keep moving forward despite hostility from the White House.”

He continued: “Despite four years of active hostility towards climate science coming from the very top of our federal government, the American people managed to still meet our original commitment under the Paris Agreement.

“And not only that, the rest of the world stayed in the deal.

“And now, with President Biden and his administration re-joining the agreement, the US government is once again engaged and prepared to take a leadership role.”

The 44th President of the United States added “the US is back” in the fight against climate change.

“And in moving more boldly, the US is not alone.

“Paris showed the world that progress was possible, created a framework – important work was done there and important work has been done here, that is the good news.”