Army to set up 80 coronavirus vaccine sites in Scotland

Defence secretary Ben Wallace confirmed the deployment of 98 soldiers over the next 28 days. 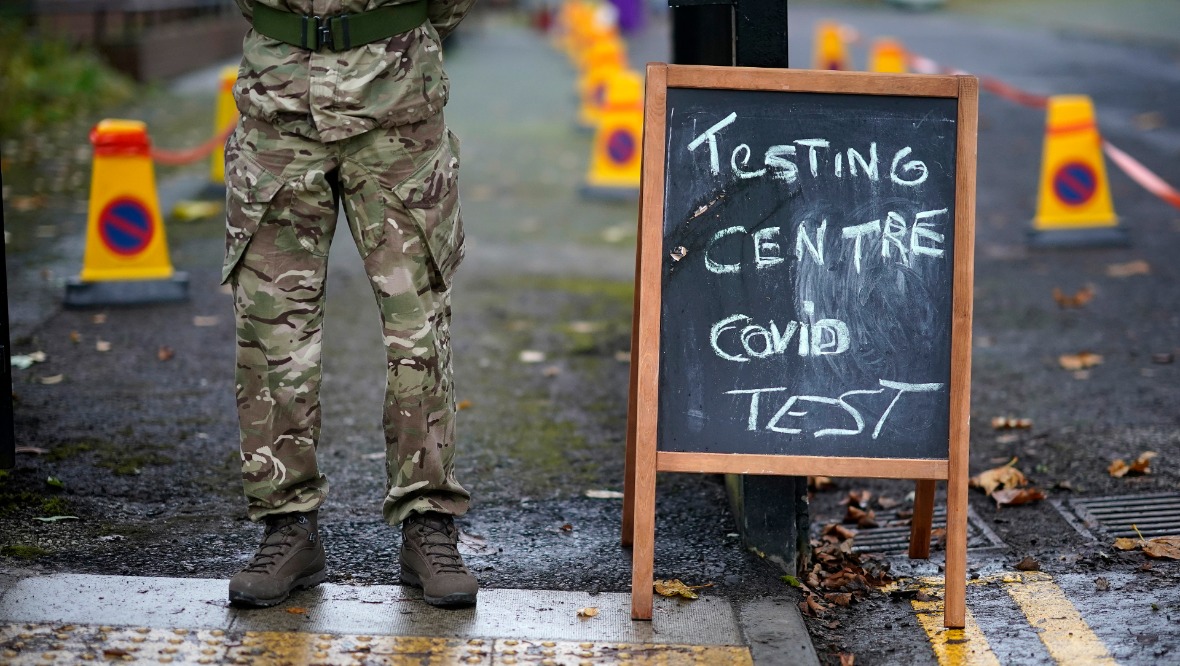 The British Army will help set up 80 coronavirus vaccination centres throughout Scotland as part of the largest peacetime resilience operation carried out by the armed forces.

Defence secretary Ben Wallace confirmed the deployment of 98 soldiers over the next 28 days to identify and prepare suitable locations for NHS Scotland to administer the Covid-19 vaccine.

Soldiers will organise vaccine delivery to the sites, prepare storage for medicines and equipment, how to register and record patients as well as sorting car parking and traffic flow around the sites.

The troops, most of whom will be from the Leuchars-based Royal Scots Dragoon Guards, will then hand over the running of the sites to the health service.

Wallace said: “The armed forces are operating across the length and breadth of the country, using their unique skill set to ensure the vaccine reaches the very fingertips of the United Kingdom.

“Our work supporting the new vaccine sites in Scotland complements the extensive preparation and planning the military are already conducting to support the vaccine rollout programme.

“Using the logistical expertise of military personnel, honed in war zones around the world, frees up NHS Scotland and local authorities to continue to focus on administering the initial 900,000 doses provided to Scotland by the UK Government in January.”

The 98 soldiers will be directed by 20 military personnel based in Stirling while a further 32 will offer support alongside the Scottish Government and Scotland’s health boards from St Andrews House in Edinburgh.

Scottish secretary Alister Jack said: “For us all, vaccines are the light at the end of the tunnel.

“I’m very pleased that the expertise of the British armed forces is helping the Scottish Government get vaccines into arms as quickly as possible.

“The UK Government is supplying and paying for vaccines for the whole of the UK – it is now vital that these doses are administered as soon as possible.

“The UK Government is supporting all parts of the UK during the pandemic. That includes our unprecedented furlough scheme, delivering the bulk of daily testing in Scotland and providing the Scottish Government with an extra £8.6bn to support Scotland’s Covid response.”

Health secretary Matt Hancock said: “Our vaccination programme covers all parts of the UK and I’m proud the armed forces are supporting the largest rollout in our country’s history.

“We have already vaccinated more than 3.5 million people across the UK and this is rapidly increasing every day as more vaccine sites open, providing easier access for people.

“We are making strong progress on our commitment to offer vaccines to all of the most vulnerable people in the top four priority groups by the middle on February.”

Scotland’s health secretary Jeane Freeman added: “This is the largest mass vaccination programme Scotland has ever undertaken and I am very grateful to the armed forces for their support to help us meet the significant logistical challenges involved, and ensure that by the time sufficient vaccination supplies are in place we have the facility to deliver around 400,000 doses per week by the end of February.

“Vaccination is a vital tool in our work to suppress the virus to the lowest possible level in Scotland but other measures including testing remain absolutely vital, which is why it is so essential people continue to follow the restrictions currently in place while vaccine delivery is rolled out across the country.”