People between the age of 16 and 30 can register, but fewer than five per cent do. 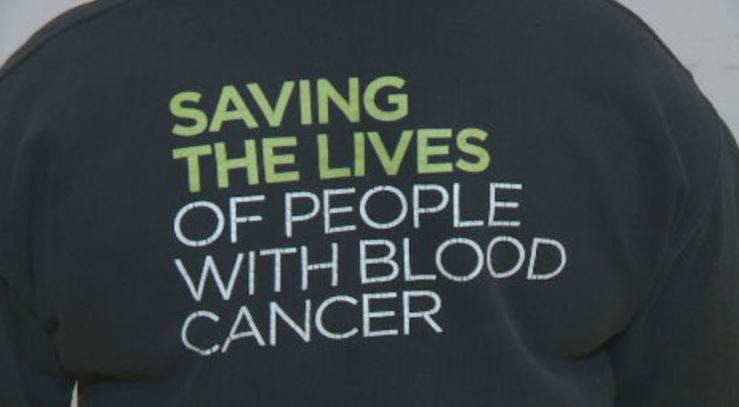 Anthony Nolan is urging people to join its donor list after the number of new registrations fell during the pandemic.

The charity matches suitable people to those in need of life-saving stem cell and bone marrow transplants.

For 13 years, the Scottish Fire and Rescue Service (SFRS) has been visiting secondary schools and encouraging pupils to sign up.

The partnership between the SFRS and Anthony Nolan was launched after firefighter Ally Boyle was diagnosed with blood cancer in 2008.

Mr Boyle told STV News: “14 years ago, I was diagnosed with blood cancer and told I probably only had three years to live.

“The only potential cure – and it’s still the same all this time later – was a stem cell transplant.

“In the fire service, we only exist to save and improve lives. I spoke to someone from Anthony Nolan, [and thought] you’re the exact same.

“At that time, there were 1500 people a year needing a transplant, it’s over 2000 now, and I thought the fire service can definitely do something about that.”

Coronavirus hampered recruitment in Scotland’s schools, with events only now starting to return.

Michael Rumgay, from the Scottish Fire and Rescue Service, said: “It’s really important that we get back into schools, raise awareness and keep signing people up.

“Ultimately, the person that signs up could be the only chance the blood cancer patient has of getting a match, and that’s life-changing for them and their families.”

There are currently around 800,000 people willing to donate their stem cells through Anthony Nolan.

People between the age of 16 and 30 can register, but fewer than five per cent of those who are eligible have done so.

That’s why the charity is appealing to people to consider it and potentially transform the life of someone in need.

Caitlin Farrow, from Anthony Nolan, said: “During the pandemic we did much more online recruiting, which was successful, but we weren’t able to recruit as many people as we would do normally doing physical events in schools and other places.

“There has always been a need to get more people on to the register to increase the chances of every patient having a match. That need is now much more urgent.”