Mr Salmond had pledged that his party could help to create a 'super-majority' at Holyrood for Scottish independence. 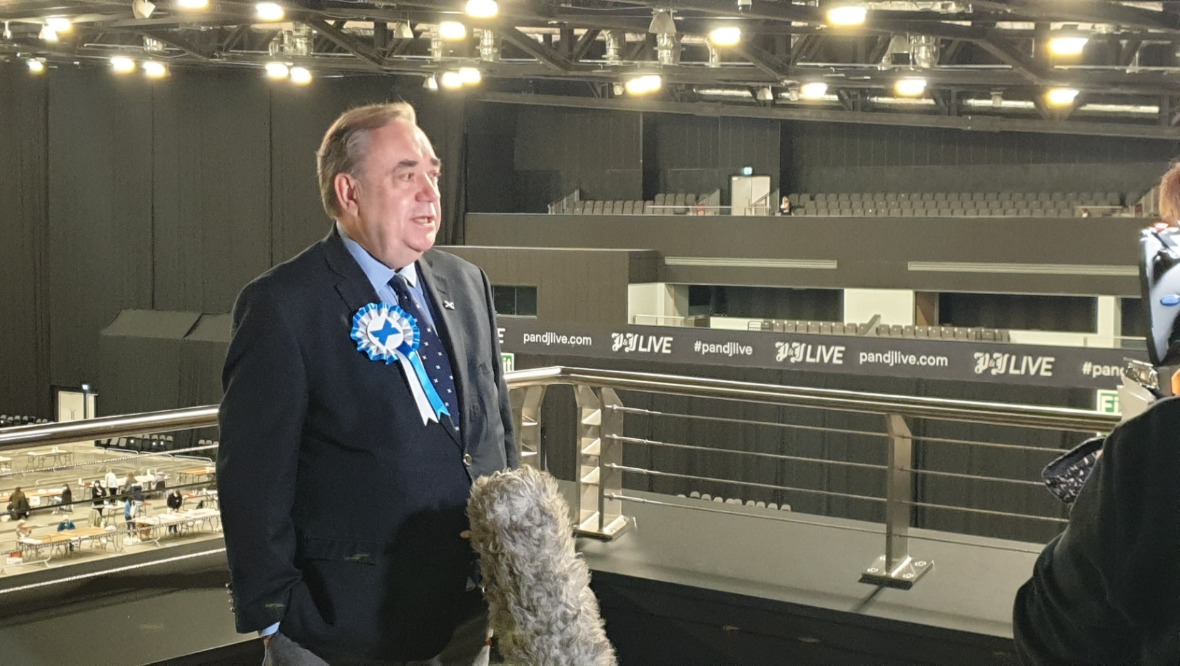 Alex Salmond has said he doesn’t “regret a second” of the campaign his party, Alba, has run in the Scottish Parliamentary election.

Mr Salmond, who was First Minister of Scotland between 2007 and 2014, only launched the party in March this year.

He had pledged that it would help to create a ‘super-majority’ for Scottish independence at Holyrood by winning seats via the list system.

Speaking to STV News, the former SNP leader also said he believes the party can make a “hugely significant contribution” in the future of Scottish politics.

“I hope we’ll get our reward at the ballot box but if we don’t, then we’re standing in good stead for the future.

“Problems in the campaign? Well, frankly broadcasting, I think STV much less culpable than BBC, but nonetheless in an election where you can’t do the things that a new party would normally do – hold mass rallies to galvanise like that because of the Covid restrictions – broadcasting becomes crucial, it becomes dominating and if you’re not in the big debates, then of course that’s difficult, it makes it very, very difficult.

“So my regret about the election is not being treated by fairness with the BBC and my enthusiasm for the election is the near 6000 Alba members and standing with 32 exceptional women and men who’ve taken the Alba standard and made it a household name.

He added: “As a party, I think there’s a big recognition that Alba’s made an impact in this election and will make a hugely significant contribution in the future of Scottish politics.”

The creation of Alba saw the defection of some SNP members, including the former Scottish justice secretary Kenny MacAskill and also Neale Hanvey, who are both current MPs.

Mr Salmond said that even if Alba fail to win a seat at Holyrood, the party will continue.

He said: “We’ve got a chance of a breakthrough and that would be a remarkable achievement if it happened.

“If it doesn’t happen, then Alba will continue. It’ll continue as a party with thousands of members, elected members in Westminster, councillors across Scotland and with a very distinctive argument.

He added: “The biggest single contribution of Alba to this campaign has been to inject the independence situation front and centre.”