Alcohol-related deaths increased by 17% during pandemic

New figures show there were 1190 alcohol-related deaths in Scotland in 2020, the highest level in more than a decade. 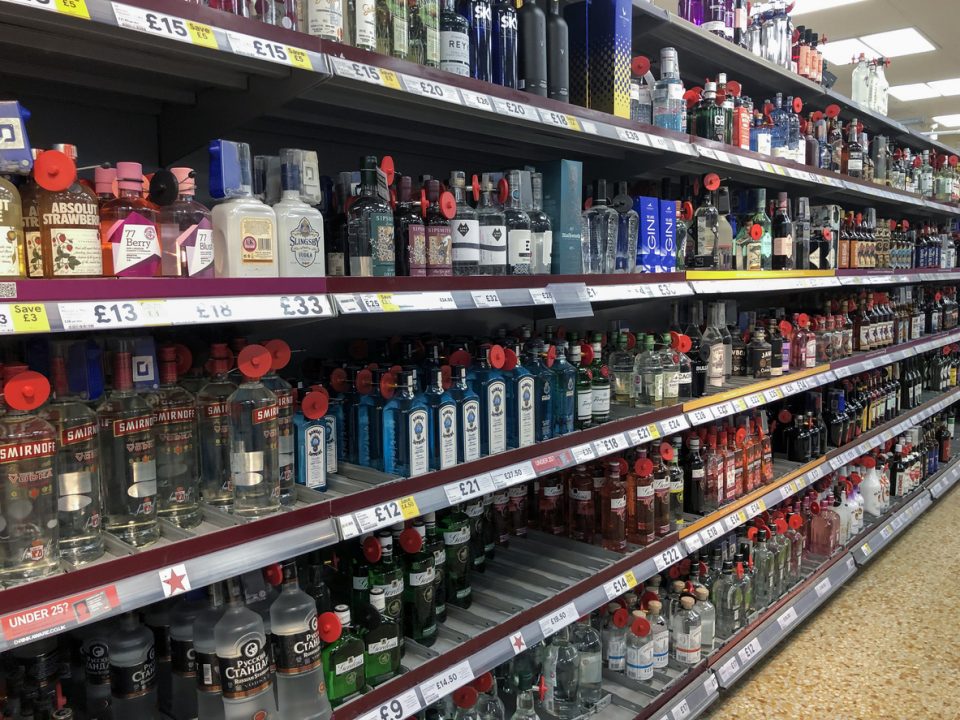 The number of alcohol-specific deaths in Scotland increased by 17% during the coronavirus pandemic to the highest level in more than a decade.

The figures mark a return to the recent upward trend in the number of alcohol-specific deaths in Scotland following a decline in the previous year.

It is also the largest number of deaths due to alcohol recorded since 2008.

Pete Whitehouse, director of statistical services said: “NRS figures released today show a marked increase in the number of deaths due to alcohol, reversing the fall seen in 2019.

“Monthly analysis shows that alcohol-specific deaths were higher than average in 10 months of 2020.  From August to November deaths were similar to or substantially higher than the highest numbers seen during these months over the last five years.”

“These statistics provide important analysis of deaths related to alcohol, from suicide and from other causes during the first nine months of the Covid-19 pandemic.”

The figures come more than three years after Scotland became the first country in the world to implement minimum unit pricing (MUP) for alcohol. The public health measure, which was introduced on May 1, 2018, set a minimum unit price of 50p per unit of alcohol.

It only came into force after a lengthy legal challenge and the 50p level was first proposed by ministers back in 2012.

She said: “I’m deeply saddened to see an increase in alcohol-specific deaths in Scotland and my heart goes out to all those affected.

“We have been making progress in this area in recent years as shown by the 10% drop in the number of deaths caused by alcohol last year.

“Unfortunately, there has been an increase across Great Britain in 2020, reflected in the provisional figures for England and Wales published earlier in the year, and today’s figures for Scotland.”

Campaigners are calling on the Scottish Government to increase the minimum unit price from 50p to 65p.

Scottish Health Action on Alcohol Problems (SHAAP), a partnership of the Medical Royal Colleges in Scotland and the Faculty of Public Health, says action is needed following the release of the latest figures.

Dr Alastair MacGilchrist, chair of SHAAP, said: “While the introduction of minimum unit pricing reduced the amount of alcohol consumed in Scotland and led to deaths from alcohol falling by 10%, today’s figures show progress has been halted, probably at least in part due to changed drinking patterns during the pandemic.

“The Scottish Government needs to take further action to limit the harm caused by alcohol, starting with increasing the minimum unit price from 50p to 65p.

“There is also a raft of other WHO (World Health Organisation)-endorsed measures which should be taken forward, from restricting marketing and preventing children’s exposure to alcohol advertising through to restricting accessibility of alcohol.

“And the time has come to ensure that everyone who has a problem with alcohol has easy access to the treatment and support they need, to help reduce consumption and begin recovery.”

Between April 2020 and March 2021, the Scottish Families Helpline said it was contacted by people concerned about alcohol harm from every single one of Scotland’s 29 Alcohol and Drug Partnership areas – covering urban, rural and island communities, and both deprived and affluent communities.

“A heart-breaking total of 1190 families lost a loved one to alcohol last year – every one of those a preventable death.”

Justina Murray, CEO of Scottish Families, said: “While Scotland continues its Covid recovery journey, it is clear that life will not get back to normal any time soon for thousands of families affected by alcohol harm.

“A heart-breaking total of 1190 families lost a loved one to alcohol last year – every one of those a preventable death. Thousands more are struggling to recover from the impact of months of lockdown.

“Since March 2020 our helpline has been inundated with calls from individuals concerned about their own drinking during lockdown, and from those concerned about a loved one’s alcohol use.

“A common theme has been how impossible it is to reach alcohol treatment and support when you need it, with phones ringing out, messages not returned, and few options offered when you do actually reach help.

“Individuals and families need immediate access to high quality alcohol treatment and support when they need it and where they need it. Then we might just start saving lives rather than counting deaths.”

“The effects are felt most by those living in our poorest communities, who are eight times more likely to die due to alcohol.”

Alison Douglas, chief executive of Alcohol Focus Scotland said the increase in alcohol-related deaths is “devastating to see and a tragedy for everyone affected”.

She said: “Last year we saw a positive reduction in the number of deaths caused by alcohol.

“Scotland has made good progress in addressing the problems we have with alcohol by introducing policies like minimum unit pricing which is showing promising results. Yet the impact of the pandemic threatens to undermine this progress.

“Many people, particularly heavier drinkers, have reported that they have increased their drinking during the last 18 months. The effects are felt most by those living in our poorest communities, who are eight times more likely to die due to alcohol.

“If we are to prevent more people losing their lives to alcohol and to reduce health inequalities we need to redouble our efforts by reducing the availability of alcohol, restricting its marketing and by uprating minimum unit price. Importantly, we also need to make sure that support is available to those who need it now.”

Separate NRS figures released on Tuesday also showed a 1.1% decrease in annual deaths from Alzheimer’s and other dementias to 6352.

“Scotland has a real problem with treating addiction that has grown far worse since the SNP came to power. It would be a grievous mistake to assume this increase is down to the pandemic alone.”

Scottish Labour’s Jackie Baillie said: “With deaths four times higher in the most deprived areas it is obvious that action is needed, not only to reduce alcohol-related harm and deaths, but to tackle the underlying causes of alcohol misuse.

“For too long the SNP has failed to properly resource alcohol support services.”