Afghanistan: Fallen soldier’s mum says he would have been ‘disgusted’

Sean Binnie was 22-years-old when he was shot dead while serving the British Army. 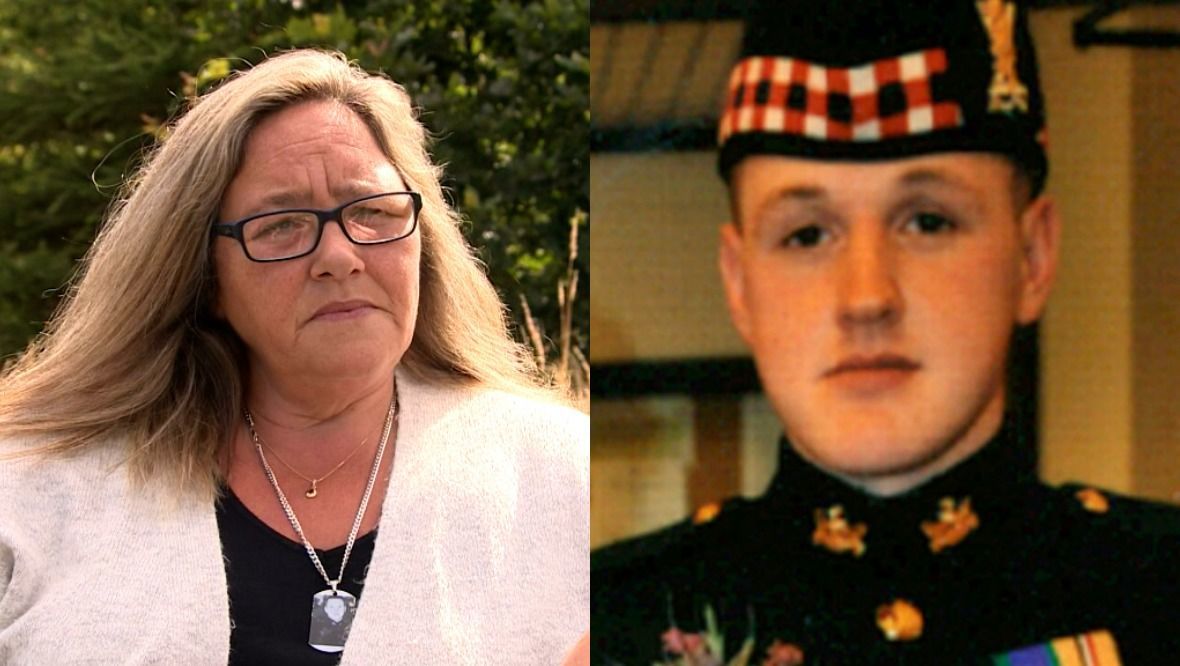 The “disgusted” mother of a young Scots soldier who was killed in action in Afghanistan has said she now feels like his death was in vain.

Sean Binnie was 22 years old when he was shot dead while serving the British Army in the central Asian country in 2009.

Now, 12 years later, the Taliban are taking back control of the country after allied forces were withdrawn.

Janette Binnie has been watching the turmoil unfold and feels her son, and families like hers, have been let down by the UK and US governments.

Speaking to STV News, she said: “I am just disgusted, the troops went out there to fight a battle and to mentor the Afghan Army so that they could control their country and I just feel that the government, not just our government but the American government as well, have just pulled out so rapidly that it has put everything into turmoil.

“What have they accomplished? What is the price that we have paid? I really just don’t understand it anymore.

“I feel the governments have let the troops down, because they put them in to do a job, and I know that they done the job and I know that they done it to the best of their ability, and the Afghan Army, who have been trained by us, have just folded under the Taliban and I just don’t feel that the governments, the US or the UK, have gave them enough stability and withdrawn at an ease.

“I feel that, with the Americans pulling out as rapidly as they did, it put things into a very precarious situation and now I am sitting wondering ‘what was it all for’.

“I am really angry right now, I have never been one for getting involved in politics, Sean grew up in a military family, he joined the army as it was a passion of his.

“We are extremely proud of him, proud of everything he did that day, that he saved his men, that he saved that woman and her children, I was a bit disheartened that he never got a Queen’s Cross for it for his bravery, he got a mention in dispatches, which I thought was a bit of a let-down and now with the way everything has unfolded it has just brought everything back to how it was.

And Mrs Binnie believes Sean would have been ‘disgusted’ at how the situation has been handled.

She said: “I feel like our sons were only a number to the governments, because that is what they use, they always use the number of fatalities, you very rarely see a list of names, but behind these soldiers that were killed there for this cause, there are parents, families and siblings and we are forgotten about.

“Now we are struggling to comprehend what it was all about.

“I think my son would be quite disgusted about how it has relapsed so quickly and that is being quite honest.

“I feel like my son’s death was in vain because at the end of the day the Taliban has taken over, the President is running, people are dying and it’s just a civil war, that’s what I think is going to break out over there.

“I am feeling let down by the government, totally. I hope and pray that something can be done to help these people in Afghanistan, because it breaks my heart.