Ministry of Defence says a total of 221 Armed Forces personnel will support booster programme until end of February. 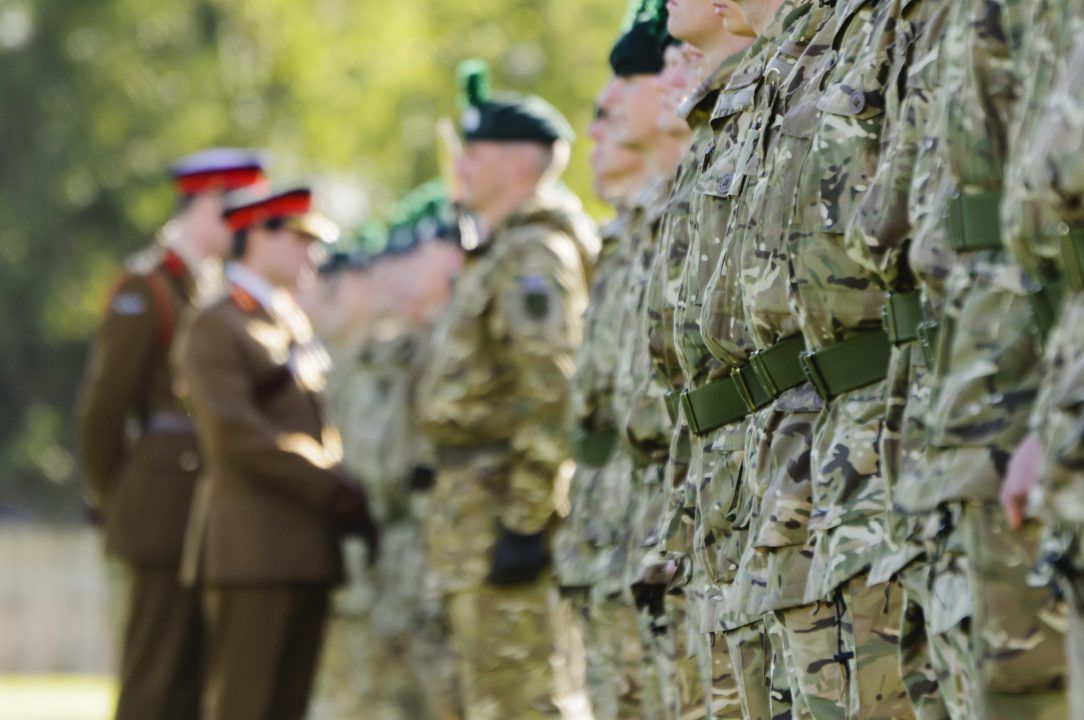 An additional 100 Armed Forces personnel have been deployed to accelerate the vaccine rollout in Scotland amid a wave of Omicron infections.

The move brings the total number of personnel supporting the effort to 221 and they are expected to remain until the end of February.

It comes as the Scottish Government is accelerating efforts to accelerate the booster vaccination scheme, with appointments opening up on Wednesday morning for the 18-29 age group.

UK Armed Forces minister James Heappey told STV News: “They’ll play whatever role the NHS in Scotland requires but there will be 221 military vaccinators joining NHS clinicians on task from as soon as we are able to get them there – and there are 121 already there, another 100 to follow in the next few days

“It is our contribution to a mammoth task but it’s one the country needs to lean in on and as much as I’m sending soldiers, sailors, aviators to assist in the vaccination programme, so too do people need to respond and get vaccinated at the first possible opportunity.”

Heappey also claimed Scotland is making disproportionate use of military resources compared to other parts of the UK, citing Armed Forces personnel being brought in to assist the Scottish Ambulance Service and the response to Storm Arwen.

He said: “The United Kingdom Government has given the Scottish Government its largest block grant since devolution this year and I would expect that those 96 ambulance drivers and and those 80 medics going into those Scottish NHS trusts (health boards) will be needed on a very short-term basis because the Scottish Government needs to invest in order to make sure public services are properly resourced.

“Military support is there for moments of crisis, it’s not there to buy out chronic failings from the Scottish Government.

“On the vaccinating side, we will be ramping those numbers up massively and that truly is a moment of crisis but on the wider contribution to the NHS, I think there is an argument what we’re doing is buying out chronic failings within the Scottish Government.”

The personnel brought in to assist with the programme have been called from units across the three services – Royal Navy, British Army and Royal Air Force.

Some of those deploying have been active on other tasks in Scotland since the pandemic began including community testing.

The Ministry of Defence says alongside supporting the accelerated vaccine programme, 114 Armed Forces personnel are driving ambulances in support of the Scottish Ambulance service. That support is being extended until the end of March, with 96 personnel remaining on task.

There are also 398 personnel available to support on Operation Rescript tasks in Scotland, the operational name given to the Ministry of Defence’s work to support the pandemic response across the UK. This includes around 60 personnel supporting NHS Lanarkshire hospitals.

Alister Jack, secretary of state for Scotland, said: “Once again our fantastic British Armed Forces are stepping up in times of need to help tackle Covid-19 in Scotland and across the UK and I pay tribute to them.

“The deployment of a further 100 personnel will make a significant contribution to getting people vaccinated in Scotland. As the festive season approaches, when we want to spend time with loved ones, it’s more important than ever to be protected. I urge everyone to book their jabs as soon as they are eligible.”

Some of those deploying have been active on other tasks in Scotland since the pandemic began including community testing.

First Minister Nicola Sturgeon told MSPs on Tuesday that Omicron cases are “increasing exponentially – faster than any variant that has gone before it”.

In a statement to the Scottish Parliament about Covid-19, Sturgeon: “We expect it to become the dominant strain within days.

“This matters because Omicron is significantly more transmissible than Delta; the R number associated with Delta is around 1 but the R number for Omicron appears to be well over 2 and possibly above 4.

“Cases in Scotland in total have increased by a quarter in the last week, they have risen in all age groups, except the over 85s. Omicron is already contributing to that increase.

“But as it becomes the dominant strain, its much higher R number will also dominate, and that will drive a much steeper increase in cases.”