Money: A report has claimed councils are relying on reserves.

Local authorities are being forced to take cash from their reserves to combat a funding drop of 7.6% in real terms since the 2013-14 financial year, according to a new report.

The Accounts Commission found Scottish Government funding to councils has dropped more significantly than other services, which have seen a 0.4% drop in real terms since since 2013-14.

To battle the funding gaps, more authorities are being forced to dip into reserves when savings are not able to be made.

Over the last three years, 23 of Scotland’s 32 local authorities have drawn from their reserves, with a net reduction in the amount held by councils of £45 million at the end of last year, the second year in a row when council savings have seen a net reduction.

For next year, the funding gap is expected to stand at 3% – around #500 million – and will be consistent with the gap from 2018-19, increasing pressure on councils dealing with an already growing older population in need of services.

The report also raised concerns over the state of Scotland’s Integration Joint Boards (IJBs), bodies put in place to bring together health and social care, with the chairman of the Accounts Commission saying the position of the boards is becoming “increasingly unsustainable”.

According to the report, IJBs struggled to balance their budgets, with 19 of the 30 relying on extra funding from partners to ensure they would not be left with a deficit.

Without the extra cash injection, the boards would have lost £58 million last year.

The Accounts Commission also said the pace of integration was too slow, something that may be rooted in the inconsistency wrought by a third of senior staff at IJBs in the last year being replaced.

Graham Sharp, the chairman of the Accounts Commission, said: “We urgently need much faster progress in the reform of our health and social care services.

“The current position is increasingly unsustainable.

“There’s a need for councils to continue rethinking how they deliver services, as well as look at ways to increase their income.

“For some councils in Scotland, finding ways to do this is getting more and more difficult as their current income doesn’t match demand.”

He added: “Before long these reserves built up over decades will be gone.”

Gail Macgregor, the resources spokeswoman for local authority body Cosla, said councils had “borne the brunt” of government cuts, adding: “We make key financial decisions for our communities every day.

“How can a council do all it can to tackle child poverty, combat the climate crisis, improve well-being and foster inclusive economic growth if our hands are tied by financial constraint?

“This cannot continue. For the benefit of communities across Scotland, the Scottish Government must make the choice to invest in Local Government.

“We need fair funding for councils and a return to local democratic decision-making as quickly as possible.”

A Scottish Government spokesman said: “Despite further UK Government cuts to the Scottish budget, we have ensured our partners in local government receive a fair funding settlement, delivering a funding package of £11.2 billion for all local authorities in 2019-20 – a real-terms increase of more than £310 million, or 2.9%. 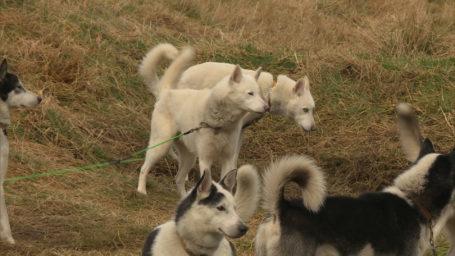