Scotland’s quarantine changes ‘are not a free-for-all’ 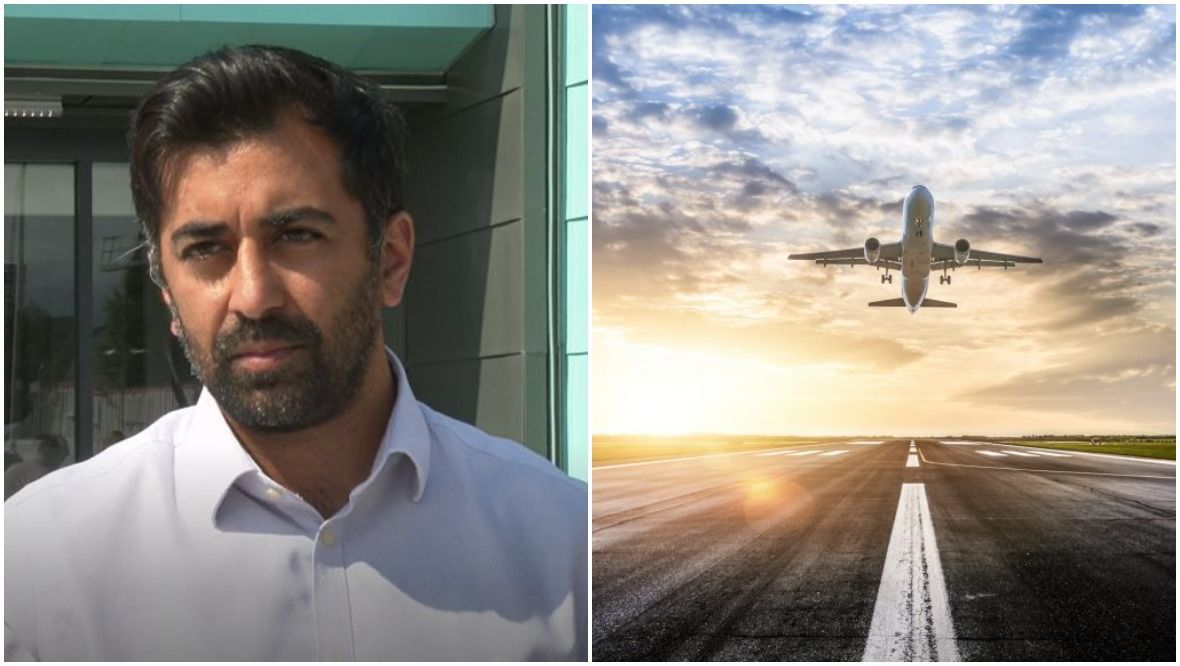 Humza Yousaf has insisted changes made to quarantine rules for travellers to Scotland are “not a free-for-all”.

It comes after it was announced that fully vaccinated people from the US and the EU, with the exception of France, will not be required to quarantine after arriving in the country from Monday.

The Scottish health secretary, speaking at NHS Golden Jubilee in Clydebank, described the changes as “gradual” and in line with the Government’s approach towards lifting Covid-19 restrictions.

“There are safeguards around this, it’s not a free-for-all that anybody from any country can come here,” he said.

“It’s very much focused on, of course, amber list countries, it’s focused on those that are double vaccinated.

“What we’re simply saying is that our condition before was that you had to be vaccinated through a UK vaccination process, but actually we recognise that the EU and the US have approved vaccinations that are trusted.

“And therefore, this is a gradual move to allow safer travel, but of course, what we would say to people is continue to be cautious, continue to think about if you need to travel.

“And at the moment of course, the advice remains that we should only really be engaging in necessary travel.”

Next week, First Minister Nicola Sturgeon is set to announce whether Scotland will be able to move ahead in the route map for lifting restrictions.

A date of August 9 has been set for the removal of the main legal restrictions in Scotland.

“We’re moving into a direction where we want to get back to some sort of normality,” Yousaf added.

“All of us have lived under really difficult restrictions for the last 16 to 18 months. We want to move to a position of normality.

“But the Scottish Government’s approach has always been to do that in a very gradual manner, as opposed to just lifting all the restrictions at once, and this is a continuation of that gradual approach.”

The changes were welcomed by Gordon Dewar, chief executive of Edinburgh Airport.

He said that despite being a “long way from normal”, the changes represent a “massive step in the right direction”.

“Clearly, that’s a big win and it’s a bit win on three counts. First of all, it’s just a relaxation of the very many restrictions that are in place, and that’s good,” he told STV News.

“Secondly it’s about, for the first time, that we’ve looked at inbound travel and of course, it’s inbound travel that supports all the jobs and tourism and everything that’s going, so that’s really important that we’ve started to think about that.

“And thirdly, and really importantly as well, is it’s been co-ordinated across all four nations from day one, so that’s the first time we’ve seen a complete four nations approach to that.

“So again, these are all positives. So we’re going to celebrate that, we’re going to see some uplift, it’s quite late in the year, it’s going to miss the summer peak obviously, but it’s good news.”

He added: “We’re still left with a huge array of other restrictions. So even people that can come in and avoid self-isolation, still got to have two tests in, two tests out, all sorts of other cost-time disbenefit to that.

“So we’re a long, long way from normal, but it is a massive step in the right direction.”