The Conservative leader appeared as 'Moving On Up' by M People played. 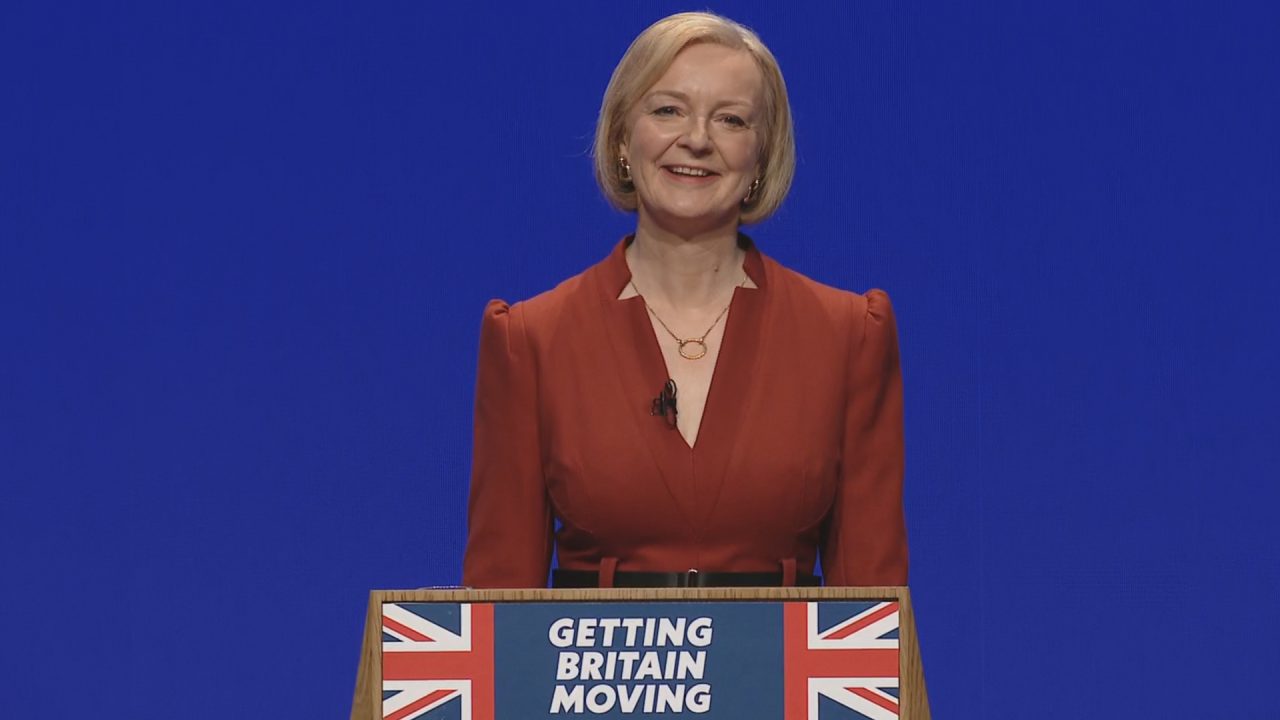 Liz Truss walked on stage to the 90’s hit ‘Moving On Up’ at the Conservative Party conference – a song with the first line; ‘You’ve done me wrong, your time is up’.

The Prime Minister addressed delegates in Birmingham as she described the country as being amid “stormy days”.

It comes just days after a major U-turn by the Government on its plans to abolish the 45p rate of rate for higher earners.

Her speech was disrupted by protesters from Greenpeace who held up a flag which read, ‘who voted for this?’, before being ejected.

Truss responded to the protesters by saying, “let’s get them removed”, as they were removed from the conference hall.

In a Tweet, Greenpeace criticised Truss over her actions on the climate.

“Greenpeace activists have interrupted @LizTruss speech at #CPC22 to denounce the prime minister ‘shredding’ her party’s 2019 manifesto promises”, they said.

The PM is U-turning on fracking, strong climate action, and world-leading environmental protections. Who voted for this?”

Addressing delegates, Truss spoke of her plans for growing the UK economy.

“War in Europe for the first time in a generation, a more uncertain world in the aftermath of Covid and a global economic crisis,” she said.

“That is why in Britain we need to do things differently. We need to step up. As the last few weeks have shown, it will be difficult.

“That is what we have – a clear plan to deliver. I have three priorities for our economy; growth, growth and growth.”

Truss vowed that her government would “always be fiscally responsible” – after a week in which the pound crashed following the Government’s mini budget.

“We will keep an iron grip on the nation’s finances,” said the Prime Minister.

“I remember my shock opening my first pay cheque to see how much money the taxman had taken out.

“I know this feeling is replicated across the country. That’s why we must always be careful with taxpayers’ money.

“And it is why this government will always be fiscally responsible.”