What matters to teenagers voting for the first time?

Young voters explain why they're taking the right to vote on Thursday very seriously. 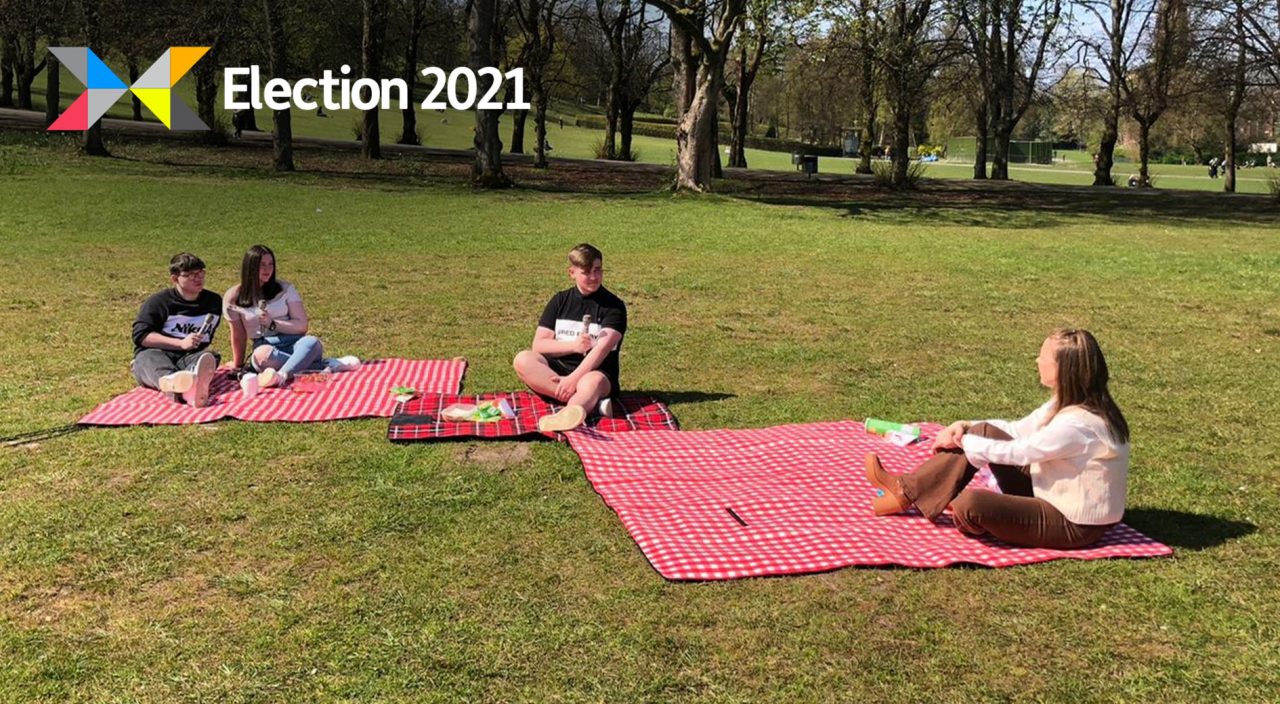 Many young Scots will be voting for the first time at the Holyrood election.

Unlike UK-wide polls, 16 and 17 year-olds are allowed to have their say on who gets to spend the next five years at the Scottish Parliament.

From education to health, women’s rights and independence, they have plenty on their minds.

So what will they and other young voters be thinking about most when they mark their ballot papers on Thursday.

Studying for her exams, 16-year-old Liliana says she feels “very honoured” to have the right to vote.

“There’s often this misconception that 16 and 17 year-olds are uneducated and don’t really have their own points of view on politics,” she says.

“I disagree with that and I think that we’re actually really educated, especially with the rise of social media and even just education in general.”

While many voters are having their say by mail this year, Liliana wants to make the most of her first opportunity to visit a polling station.

“I’m really excited to vote in person because I want to get the whole experience,” she says.

“It’s really important for you to have your say on how the country’s run. After all, you live here and you want to live in a place that benefits you.”

For 17-year-old school pupil Daniel, the most important issue going into the election is the recovery of an NHS pushed to its limits during the pandemic.

“Parties standing for coronavirus recovery with a plan to tackle the backlog of treatments is definitely a big thing for me,” he says.

For young people across the country, their future job prospects are a great cause for concern.

And a report commissioned by the Scottish Government found that 39% do not feel optimistic about their employment chances.

Business student Archie Brown is worried about his future after a difficult first year in further education.

He’s been confined to his room in halls and admits it’s been hard to stay motivated.

“I definitely don’t think I’ll be finding a job in business afterwards,” the 20-year-old says.

“I think a lot of students now are getting qualifications that really aren’t valid in today’s world. Employers are more after experience in the workplace than qualifications.

“I feel that there needs to be some sort of support network for students after completing their degree to help them adjust to the workplace.”

Nikki Forde was one of the organisers of vigils held in memory of Sarah Everard, who was allegedly murdered after going missing as she walked home in London.

Her death – for which a man has been charged – sparked ‘Reclaim the Streets’ events as women protested for their right to safety.

“The number of young girls [at vigils in Glasgow] was shocking, and they all had their own stories,” 25-year-old Nikki says.

“The story of Sarah Everard really struck a chord with me.

“I’ve got sisters, I walk home alone at night from work… you can do everything you’re meant to do – that society tells you to do –  but it’s still not enough.

“I want the framework to be in place for continuous change.

“I want education reforms starting in schools because if these started years ago, we’d be much further forward.”

Independence has captured many of the headlines ahead of Thursday’s election.

Whether or not a second referendum takes place in the near future will be largely influenced by the make-up of the next parliament.

Even though Sean McNaughton, Amy Shannon and Jamie Beaton were just 11 or 12 years-old during the first vote in 2014, the debate struck a chord with them, and now weighs heavily on their minds.

Much analysis points to younger Scots supporting separation from the rest of the UK – but is that true?

Sitting firmly in the middle ground, college student Amy says: “I’m not dead set on either side. But I’m a lot more conflicted now than I ever was.”

“We’d have a much better say and the country would be moving in the direction that we want for our kids, and our kids’ kids,” he says.

“During the pandemic it’d have really helped for us to make more of our own decisions. When we did, I think for the most part they were right.

“The decisions we made domestically showed that we could do things on our own and I think that’s just even more proof that we could really work as an independent country. So I would definitely vote ‘yes’.”

Despite wanting independence in 2014, Sean has since changed his mind following Brexit.

“I think my opinion has changed a bit because of the circumstances that we’re in compared to the last time,” he says.

“During the last independence referendum we were still in the EU, we had a safety net.

“But this time we’re not in the EU, we don’t have a safety net, we’ll have to be put on a waiting list… we’ll be completely on our own.

“So I don’t think it’s the best decision at this moment in time.”