What have Rishi Sunak and Liz Truss said about Scottish independence?

Whoever becomes the next PM will face immediate SNP calls to allow indyref2. 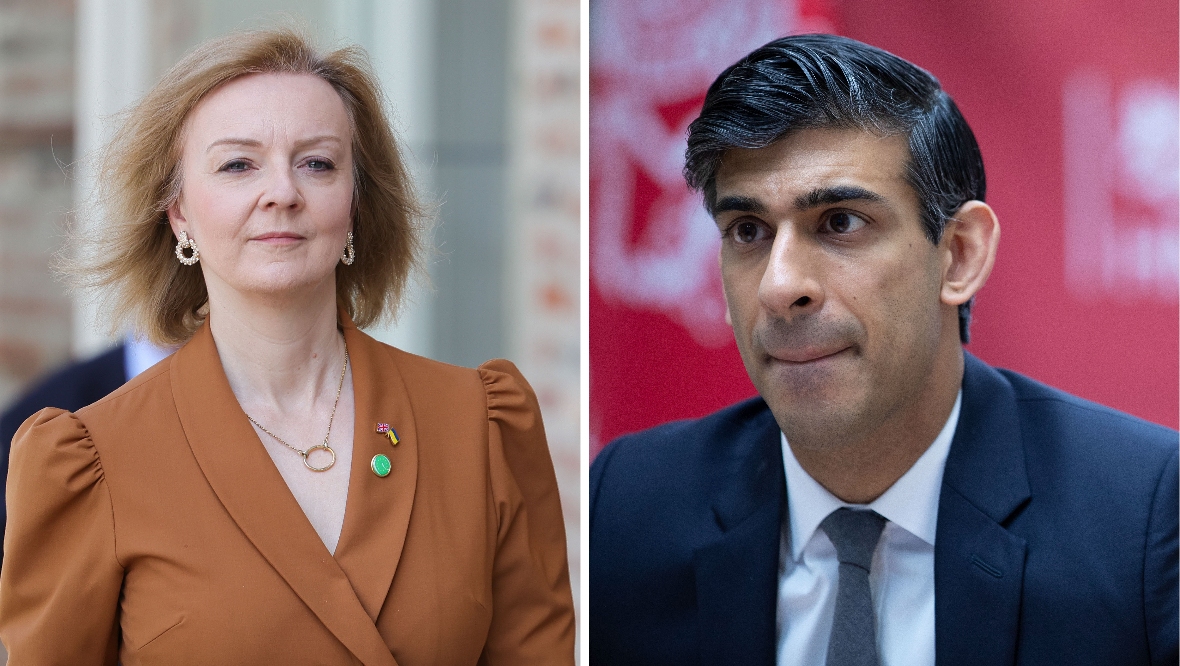 The next Prime Minister of the United Kingdom will be either Rishi Sunak or Liz Truss.

As the last two candidates standing in the Conservative leadership race, one of them will move into 10 Downing Street on September 5.

One of the top tasks in their inbox will be responding to SNP demands for a second Scottish independence referendum in October 2023.

Here’s what both have said about the matter.

Early frontrunner Rishi Sunak said he would try to make an “emotional argument for the United Kingdom from the heart, as well as the practical argument for it and demonstrating it”.

The former chancellor – one of the first major names to quit outgoing PM Boris Johnson’s government – has pledged to rule out a second independence referendum, describing the idea as “divisive”.

During his time at the Treasury, he repeatedly referred to Scotland benefiting from the UK’s financial strength, particularly highlighting schemes to protect jobs during the Covid pandemic.

In June, he refused to speak to STV News and other media outlets during a visit to Aberdeen, where he discussed plans for a windfall tax with oil and gas bosses.

Liz Truss said that “some Scots love” her as she said she would strengthen the case for the union by making “people’s lives better” across the UK.

The Foreign Secretary ruled out holding a second referendum on Scottish independence.

Truss said she is a “child of the Union”, highlighting her upbringing in Paisley and Leeds when quizzed about how she would make a positive case for the United Kingdom as Prime Minister.

Asked if the Scots love her, she replied: “That’s a question for Scots. Probably some Scots love me, I can tell you that.

“But the important point is not about how many meetings we have and how many visits we do – which of course are important and it’s an important part of ministerial life – it’s what we actually deliver for people.

“And are people’s lives better, do they have more opportunity?”