The SNP leader will face opposition MSPs at Holyrood after the UK Government blocked the Gender Recognition Reform Bill. 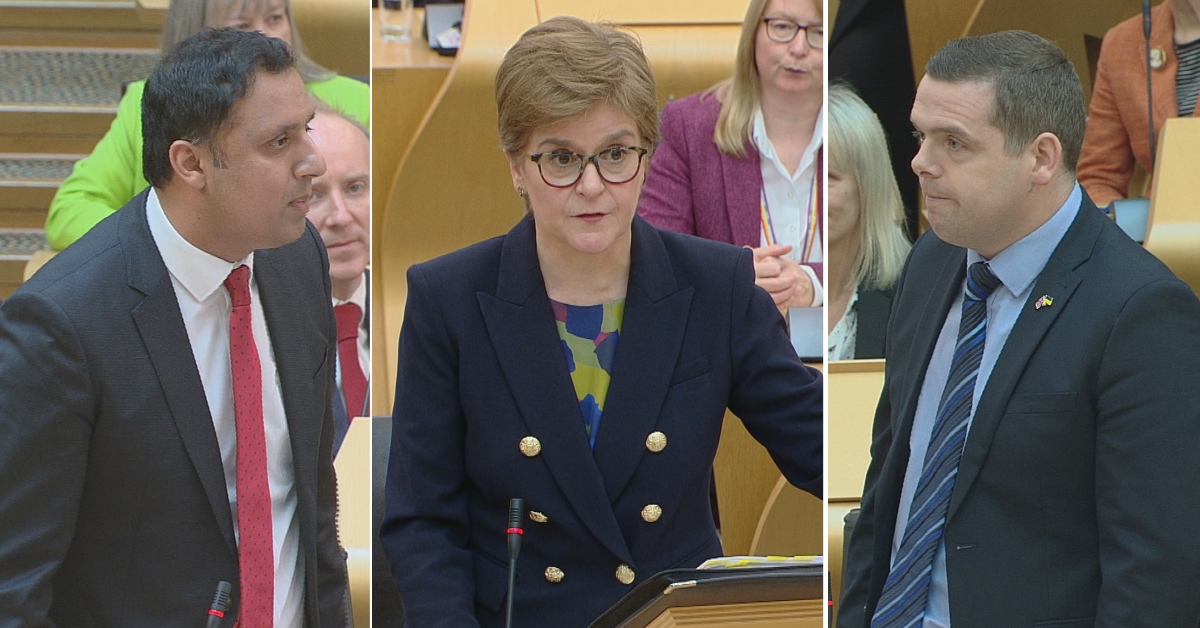 It comes as teachers continue to strike across Scotland in a dispute over pay. A rolling 16-day programme of strikes is ongoing with union members take action in two council areas each day from Monday, January 16 until February 6.

On Thursday, staff in Moray and North Lanarkshire have walked out.

Following the secretary of state for Scotland’s order to block gender recognition reforms overwhelmingly passed in Holyrood last month, social justice secretary Shona Robison has called on him to revoke the decision.

Sturgeon said she has “never been more concerned” about the sovereignty of the Scottish Parliament after the UK Government announced its intention to deploy a section 35 order to block the legislation.

Scottish secretary Alister Jack said the impact of the legislation on the rest of the UK meant the Bill could not be given assent, citing effects on the “operation of single-sex clubs, associations and schools and protections such as equal pay”.

On Thursday morning it was announced that ten projects in Scotland are to share almost £180m of UK Government ‘levelling up’ funding.

Prime Minister Rishi Sunak said he wanted to “build a future of optimism and pride in people’s lives”.