‘Vote of no confidence in Johnson is question of when, rather than if’

A number of Conservative MPs have already handed in letters of no confidence in the Prime Minister. 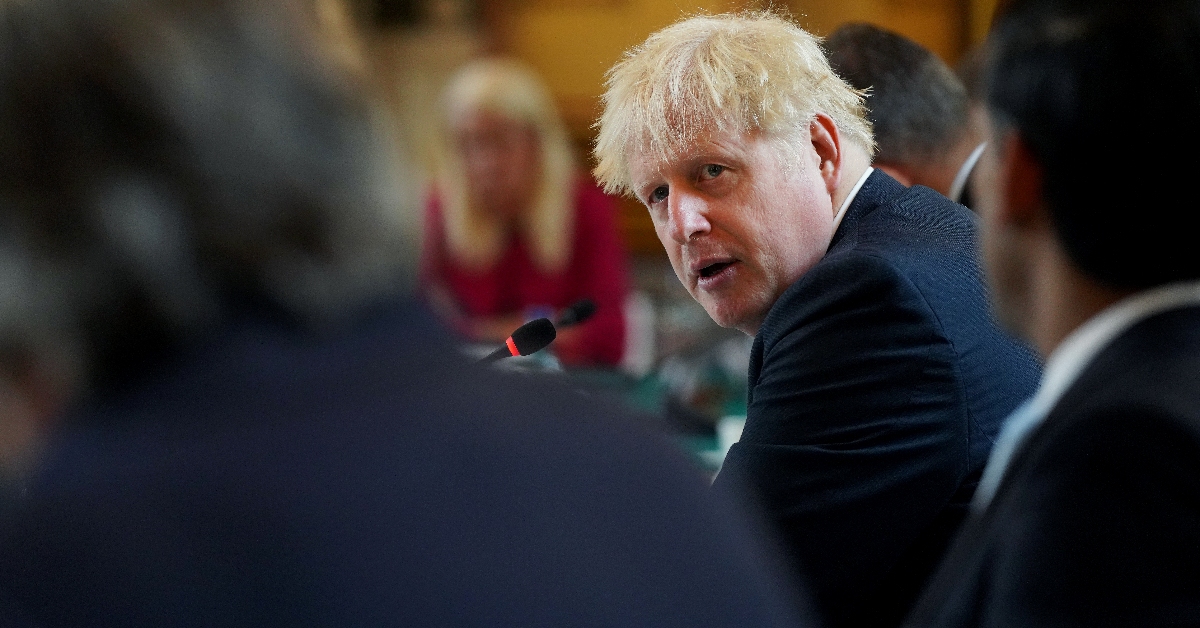 A vote of no confidence in Boris Johnson is a question of “when, rather than if”, an MP has suggested.

It comes as the Prime Minister finds himself under fire from members of his own party over gatherings held at Downing Street during the coronavirus pandemic.

He has also faced criticism over his use of an unfounded claim made in the Commons that Sir Keir Starmer had failed to prosecute Jimmy Savile, whilst the Labour leader was head of the Crown Prosecution Service.

There is also uncertainty over whether the full details of the parties held in Downing Street – or who may be given a fixed penalty notice over any offences – will ever be made public.

On Wednesday, Liberal Democrat MP Alistair Carmichael introduced the Ministerial Disclosure (Fixed Penalty Notices) Bill – which would compel ministers to disclose if they have been issued with a fixed penalty notice.

Speaking to STV News on Thursday, Carmichael indicated that there are a number of Conservative MPs who are now considering whether to add to the growing number of their colleagues to have submitted a letter of no confidence in the Prime Minister to the Conservatives’ 1922 Committee.

“There are concerns raised across the house and I can tell you, because I’ve talked to a lot of Conservatives MPs a lot of the time, that there are a lot more who are unhappy that are considering putting in letters than have currently done that,” said Carmichael.

“So I think, yes, we will see a vote of no confidence in the Prime Minister eventually. It’s a question of when, rather than if.

“The latest when seems to be the report from the Metropolitan Police, which given that Sue Gray has done most of the leg work, the Cabinet Office official, shouldn’t take too long.

“But you know I think, and you see this reflected in the number of people coming out in the last few days, the information for people to say, ‘I want to have a vote of confidence here’, is there in the public domain already if people choose to look for it and to act on it.

“Ultimately, the Conservative backbenchers have got to decide – are they going to put their party interest ahead of the national interest? Because at the moment, Boris Johnson’s behaviour is actually a serious detriment to our national interest.

“And you know, they are the people who have got the answer in their hands here.”

Carmichael also challenged Scottish Conservative MPs to act on, rather than just speak about, their lack of confidence in Boris Johnson.

“The Scottish Conservatives, their leader and others, have said that, you know, they don’t have confidence in the Prime Minister,” he said.

“Well, we’ve got Scottish Conservative MPs in Westminster, and they should be making clear that they’ve put in letters of no confidence and if they’ve not, then I think they should be explaining to the world why they haven’t done it.

“It’s all very well to go out and make a grand statement in front of the cameras, but if you’re not prepared to follow that up with the meaningful action to exert the power that you’ve got.

“And that’s the position in which Douglas Ross, the Scottish Conservative leader, finds himself at the moment, then frankly, people will think that all your brave words are pretty meaningless.”