Visiting other homes banned across Scotland to fight Covid

New restrictions announced for Scotland in a bid to slow the spread of coronavirus. 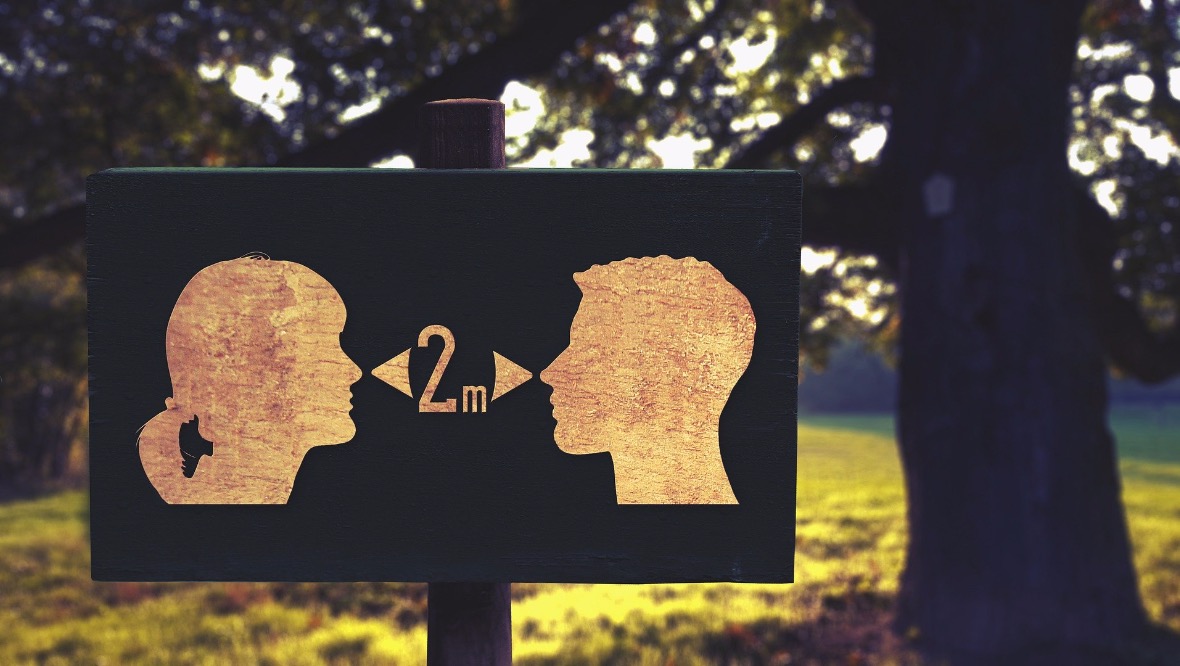 Visiting other people’s homes has been banned across Scotland in a bid to curb the spread of coronavirus.

Pubs and restaurants will also have to close at 10pm every night from Friday, while employees should still work from home if they can, First Minister Nicola Sturgeon said.

Announcing the new measures at the Scottish Parliament, she implored people to “stick with this”.

The ban on going inside other homes comes into force on Wednesday, with exemptions for people living alone who form extended households, non-cohabiting couples, childminders and tradespeople.

Outdoor gatherings of a maximum of six people from two households are still allowed, but people should not share a car with those they don’t live with.

With the October school holiday looming, families have also been urged to avoid overseas travel during the break.

Sturgeon said while the majority of new coronavirus cases in recent weeks are in those under the age of 40, a rise is now being seen in the older population.

The First Minister said: “It kills too many old and vulnerable people.

“And for younger, healthier people, while the risks of dying from it are much lower – though not non-existent – it can still result in long-term, serious health problems.

“That’s why action to bring it back under control is necessary – and to bring the R number down again, the action we take now must go beyond the step we announced almost two weeks ago to restrict indoor and outdoor gatherings to six people from two households.”

Sturgeon previously warned Scotland faced a “serious moment” in its battle with Covid-19, with cases rising across the country.

Speaking to MSPs at Holyrood after 383 new cases were recorded overnight, she said the new rules were “necessary and essential”.

She said: “Keeping to all these rules isn’t easy – but they remain the best way for all of us to protect ourselves, each other, the NHS and ultimately save lives.

“All of this is incredibly tough – and six months on it only gets tougher.

“Though it doesn’t feel like this now, this pandemic will pass.

“It won’t last forever and one day, hopefully soon, we will be looking back on it, not living through it.”

Resources will be given to environmental health officials to step up enforcement and inspections in hospitality venues to ensure social distancing is in place.

Sturgeon said: “This decision today means we can reduce the amount of time people are able to spend in licensed premises, thereby curtailing the spread of the virus while still allowing businesses to trade and provide jobs.”

“This is the best balance for now.”

Addressing reports that measures in Scotland could be in place for up to six months, the First Minister said she hopes that will not be the case.

She told MSPs: “It is certainly the case, until scientific developments such as a vaccine change the game in the battle against Covid-19, it will have an impact on our lives.

“That doesn’t necessarily mean that all of the new restrictions I am announcing today will be in place for six months.

“By acting early and substantially, our hope is that these new measures will be in place for a shorter period than would be the case if we waited longer to act.”

The new measures put in place for Scotland will be reviewed every three weeks, she added.

Scottish Water condemned for bonuses as sewage is released into rivers

Sturgeon seeks to boost investment as she heads to Washington

Council election: Talks ongoing between SNP and Greens over Glasgow

MSPs reminded of Holyrood's leadership role and importance of respect