The announcement comes just a week before the end of the transition period. 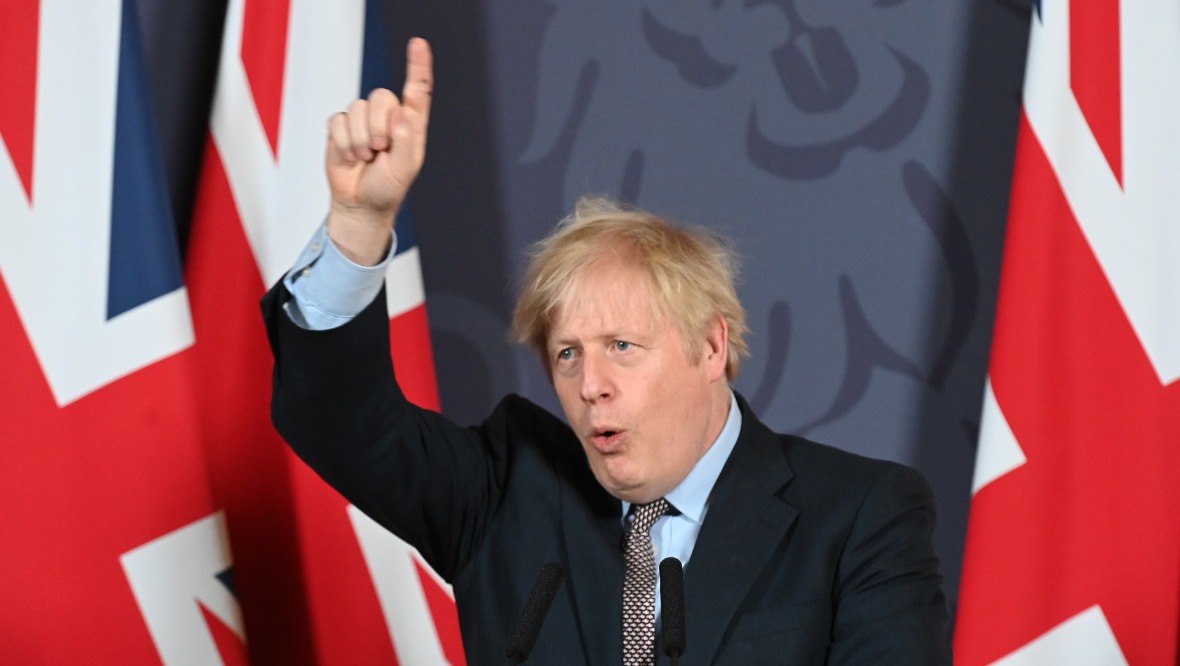 A post-Brexit trade deal has been agreed between the United Kingdom and the European Union.

The Christmas Eve announcement – still to be ratified by MPs and leaders of the EU nations – comes just a week before the end of the transition period.

The deal means businesses in the UK will be able to continue trading with EU countries without paying tariffs, although there will be new barriers such as increased paperwork and checks on imports and exports.

Travellers will soon see new controls as they exit and enter the country and from January 1 will no longer qualify for the European Health Insurance card. A points-based immigration system for people who want to move to the UK will also begin on new year’s day.

Prime Minister Boris Johnson and European Commission president Ursula von der Leyen were in close contact over recent days to help get the deal over the line.

But negotiations led by the EU’s Michel Barnier and the UK’s Lord Frost continued throughout Thursday as final details were hammered out.

“British laws will be made solely by the British parliament interpreted by British judges sitting in UK courts and the jurisdiction of the European Court of Justice will come to an end.”

Announcing the agreement at a press conference in Brussels, von der Leyen said a “fair and balanced” deal had been struck after months of talks.

She added: “It was a long and winding road, but we have got a good deal to show for it.

“We are long-standing allies. We share the same values and interests, whether it be the Cop26 [climate] summit in Glasgow, or the upcoming UK G7 and Italian G20 presidencies.

“The EU and the UK will stand shoulder to shoulder to deliver on our common global goals.”

However, First Minister Nicola Sturgeon said there was no available deal better than EU membership.

She tweeted: “Before the spin starts, it’s worth remembering that Brexit is happening against Scotland’s will. And there is no deal that will ever make up for what Brexit takes away from us.

“It’s time to chart our own future as an independent, European nation.”

Sturgeon also criticised the UK Government for leaving the student exchange programme Erasmus, describing the move as “cultural vandalism”, however Johnson said it would be replaced by a worldwide scheme named after Bletchley Park code breaker Alan Turing.

“It will protect Scottish consumers from hundreds of millions of pounds of import tariffs on everyday goods, and help retailers to keep down prices at a time when the economy is under enormous pressure.

“Given that four-fifths of food imports come from the EU, this announcement should afford Scots households a collective sigh of relief.

“The UK and EU governments have taken a crucially important step in agreeing a zero-tariff agreement, to the benefit of customers.

“They must now work to implement this new arrangement as soon as possible, and seek to minimise the checks and red tape on imports that are expected from January onwards.”

Douglas Ross, leader of the Scottish Conservatives, said the deal meant jobs in Scotland had been protected and fishing communities would be “far better off”.

Scottish Secretary Alister Jack added: “We have an agreement on fisheries which will ensure that our fishermen, and our coastal communities, will flourish outside of the EU’s unfair Common Fisheries Policy. The UK will once more be a sovereign coastal state.”

However, Seafood Scotland warned that some businesses would struggle to survive if there was more disruption at the border in the coming months.

Chief executive Donna Fordyce said: “We expect it to be a good few months until everything beds in and in the meantime, seafood businesses will try their best to navigate the changes, but some will not survive”

Seed potato farmers in Scotland have also been angered after EU exports of their product was banned, with industry leaders warnings jobs and businesses faced uncertainty.

National Farmers Union Scotland president Andrew McCornick said: “It is good news and a huge relief that a deal has been done.

“The delay in getting agreement has meant that farmers and crofters, who had been forced into making big business decisions for 2021 in a void, now have a degree of certainty that European markets will be accessible next year for most of their products.

“No-deal would have been no good to Scottish farming, food and drink, and the worst-case scenario of crippling tariffs for some sectors, particularly sheep and cereals, has now been averted.

“We will now need to see the detail of what has been agreed and scrutinise it closely.

“On the deeply disappointing news about seed potatoes, NFU Scotland has been highlighting this issue over the course of this year with both UK and Scottish governments. It has been recognised by all as a problem that needs sorted.”

Scottish Labour leader Richard Leonard said the Brexit process should have been extended to keep the focus on the coronavirus pandemic.