National clinical director Jason Leitch says there is 'no magic distance that removes all risk from this virus'. 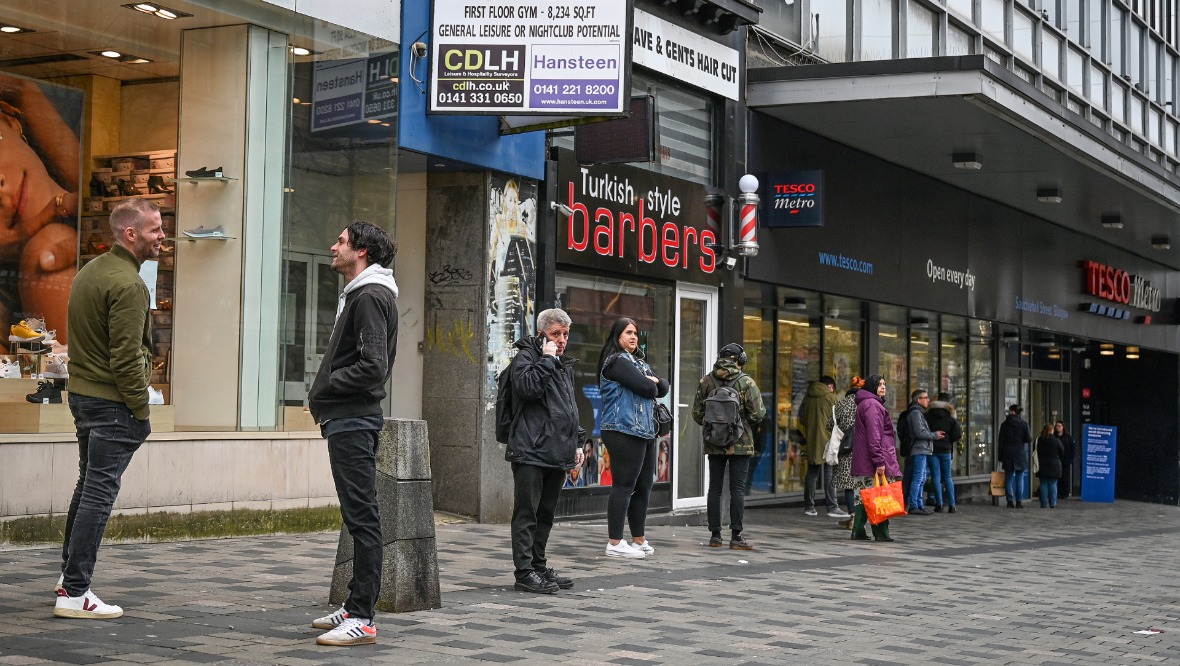 The two-metre social distancing rule is the “correct distance for this phase of Scotland’s coronavirus pandemic”, the national clinical director has said.

Jason Leitch said there was consensus on the two-metre guidance within the scientific community, adding there was “no magic distance that removes all risk from this virus”.

Mr Leitch was speaking after Scottish Secretary Alister Jack urged First Minister Nicola Sturgeon to relax the rule to one metre as soon as possible.

Scottish Conservatives leader Jackson Carlaw then said it was time to “look again” at the rule, while a trade body said it may prevent pubs from reopening.

But Leitch insisted: “All of our advisory groups that feed into the First Minister and the cabinet to make these decisions are presently suggesting that two metres is the correct distance for this phase of Scotland’s pandemic.

“There will, over time, be changes in what we advise and change to the judgements that are then made. Presently, with the present phase of the pandemic, people agree within the scientific community who are advising the government that two metres is the correct distance to have for this point.”

Carlaw later added: “This is probably the most significant decision the Scottish Government will take as we leave lockdown.

“That’s why it’s essential such a move is discussed openly, and all the scientific evidence for it published so it can be debated in full.

“There is a difficult balance to strike, and nobody should think it’s a straightforward matter.

“Looking again at the distance measure should be part of the journey out of lockdown.”

During the briefing, Sturgeon also stressed the two-metre guidance would stay in place for now.

But the Scottish Beer and Pub Association has warned two-metre social distancing would be financially unviable, claiming up to two-thirds of pubs could have to remain shut.

Businesses in the tourism sector have been told by the Scottish Government to prepare for reopening from July 15.

Speaking at Friday’s government briefing, Sturgeon said: “These are not absolutes, there are trade-offs and balances that you have to strike and there is no absolutely risk-free distance.

“You know, three or four metres would be less risky than two metres, and two metres is less risky than one metre, and if you go to a shorter distance, face coverings and other mitigations might be necessary, so we’ve got to get these balances right.

“So in crowded places where you might have to shout over noise to make yourself heard – that’s when the way you breathe can make it more risky.

“These are difficult judgements that we don’t close our minds to. There’s no ideological position in the government here that says ‘we’re going to stick to two metres, come what may’.

“This is all about getting the right balance into our decision-making so that we continue to suppress this virus.”