Toughest coronavirus restrictions to be eased this week

The First Minister confirmed that all local authorities in level four will be moved down as planned for Friday. 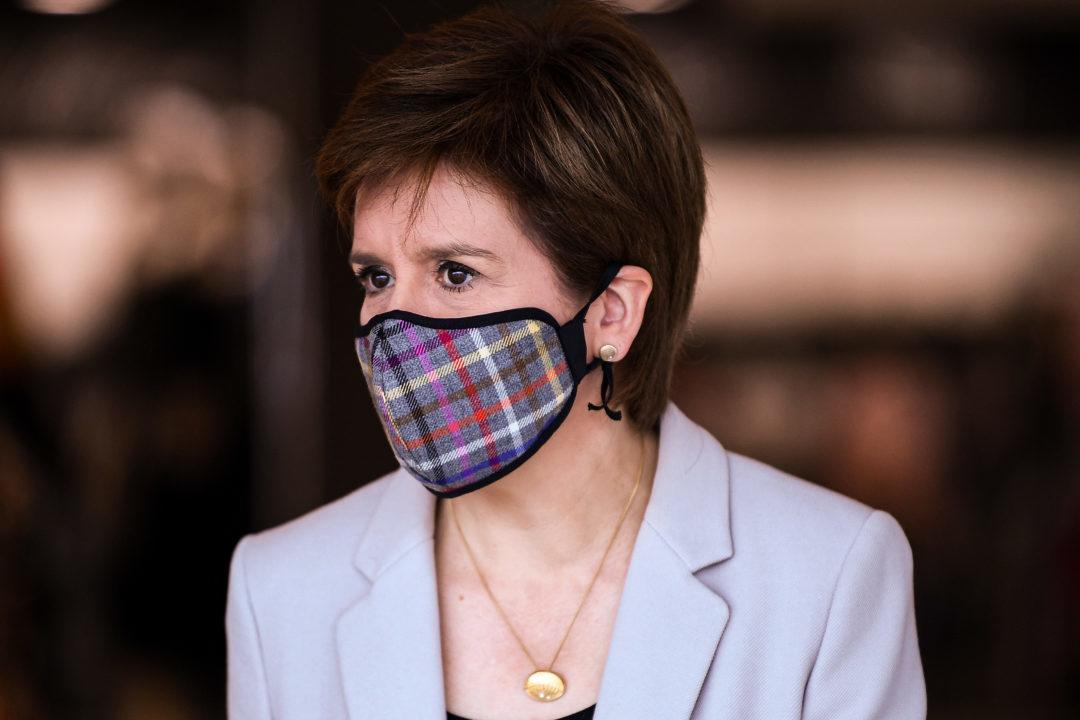 The toughest coronavirus restrictions in place in Scotland will be eased this week, the First Minister has confirmed.

Speaking at the Scottish Government’s briefing on Monday, Nicola Sturgeon stated that the 11 local authorities in level four – affecting more than two million people – will be moved to another level as planned.

She said the changes will be announced on Tuesday after a cabinet meeting and will come into effect on Friday.

Sturgeon said: “Our decisions will be based on the trajectory of the virus in each local authority area, as well as the need to protect capacity in the NHS and we will also consider the social and economic harms that come from the restrictions.”

The First Minister said the Scottish Government will continue to take a “cautious and careful approach” to changes to the levels.

At the briefing it was revealed that one more person has died in Scotland after being diagnosed with Covid-19.

The official death toll in Scotland now stands at 3917, however weekly figures on suspected Covid-19 deaths recorded by National Records of Scotland suggest the most up-to-date total is at least 5634.

Of the new cases reported on Monday, 178 are in the Greater Glasgow and Clyde region, 114 are in Lothian, and 103 are in Lanarkshire.

According to management information reported by NHS boards across Scotland, 974 people are in hospital with confirmed or suspected Covid-19 – an increase of 23 overnight. Out of those, 59 patients are in intensive care.

The FM said supplies of the coronavirus vaccine arriving in Scotland was “positive news” but there will be logistical problems with distributing doses.

The jab arrived in Scotland over the weekend ahead of the beginning of plans to inoculate the most vulnerable in the country this week.

“As we’ve said before, the use of vaccination, in time, should enable all of us to return to conditions which are much, much more like normal life.

“But vaccination is a major logistical exercise and it will take time to work our way through the vaccination programme.”

The First Minister said there was still the need to be cautious over the festive period and continue to follow the restrictions.

Responding to a question about calls to cancel next year’s Higher and Advanced Higher exams, Sturgeon said the Scottish Government was continuing to consider what’s in the “best interests of all learners”.

She said the final point for a decision would be mid-February, but as previously confirmed it will most likely be taken earlier.

She said deputy first minister John Swinney will make a statement to the Scottish Parliament this week to give an update on the situation.

At the briefing it was also revealed that care homes will now be allowed to admit visitors and new residents earlier after a positive coronavirus test under new Scottish Government plans.

Previously, 28 days had to pass before people could be allowed into care homes, but health secretary Jeane Freeman has said that will now be reduced to 14 days, provided public health officials give the green light.

She said: “We hope that this provides further support to care home residents, to staff and to families, to return to closer visiting, safe visiting, and allow some of the issues that have been raised in the past inevitably as a result of what we had to do in the early stages of the pandemic to be positively addressed now.”

The move comes as a pilot of testing for visitors is due to start this week in 14 homes across the country ahead of a full rollout next week.