Douglas Ross has called on the Prime Minister to resign. 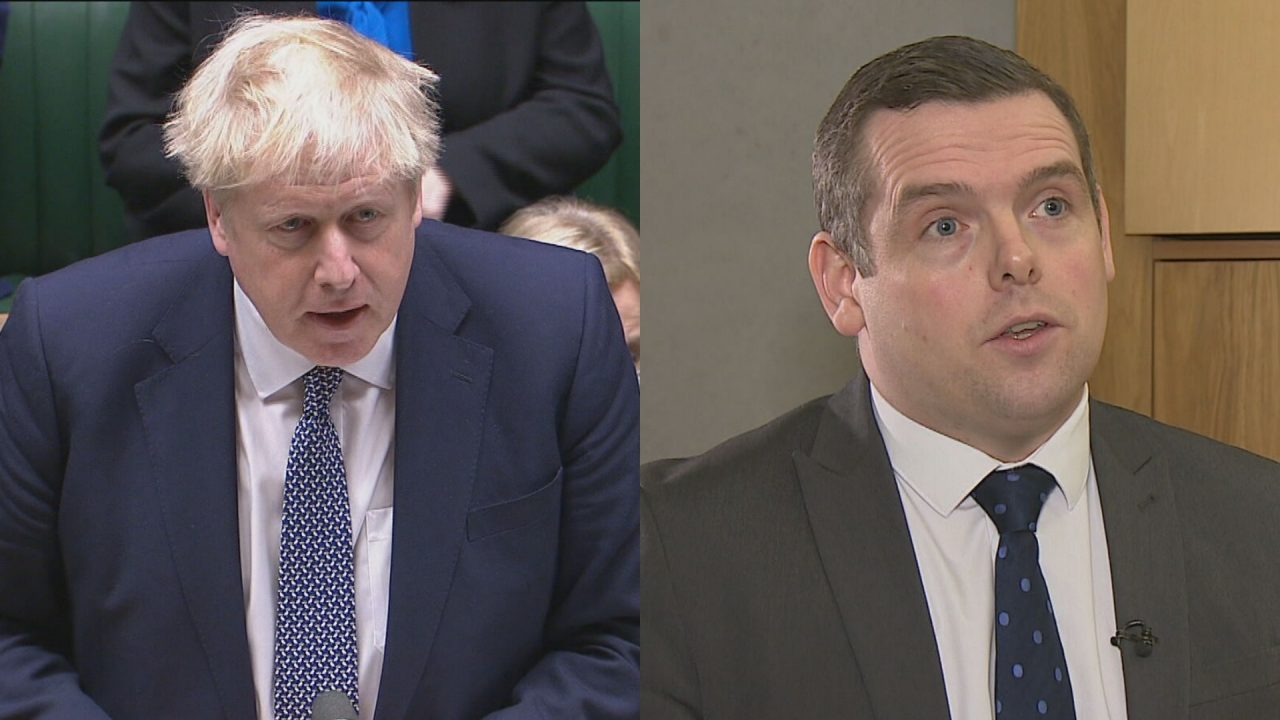 Douglas Ross has indicated that Conservative MPs are “getting closer” to the 54 letters required to trigger a vote of no confidence in the Prime Minister.

A number of the party’s MPs are believed to have submitted letters to the chairman of the 1922 Committee, Sir Graham Brady, in recent days.

However, Ross said that there is a “significant operation” by party whips to encourage MPs to withdraw their letters.

A total of 15% of Conservative Party is required in order to trigger the no confidence vote.

However, even if that threshold is reached, Boris Johnson could still remain in office if he were to win such a vote, which would secure his place in Number 10 for at least another year, unless he were to resign.

Ross has previously called on Johnson to resign, having described his position as “untenable” following the revelations of parties held across Whitehall during the coronavirus pandemic.

Speaking to the BBC, the Scottish Conservative leader stated that most people believe the threshold of 54 letters is getting closer to being reached.

“I think what we’ve seen over the last few days is more and more MPs publicly saying they take a similar position to me that regretfully they’ve reached this conclusion,” said Ross of his call for Johnson to resign.

“Which suggests that there are far more than those of us who have publicly stated our position that are unhappy with the current Prime Minister and his position leading the Conservative Party.”

“I think it is near, but while members can submit letters they can also withdraw their letters.

“And I know there is a significant operation going on by the whips at the moment encouraging colleagues who may have submitted a letter to withdraw it again.

“So I do think we’re on a bit of a rollercoaster ride. It’s going up and down.

“But I think most people believe we are getting closer to the 54 number than further away.”

Ross, however, said that people from across the Conservative Party are entitled to take differing views on the future of the Prime Minister.

“They’re perfectly entitled to come to their own conclusion, as MPs and colleagues across the country can,” he said.

“We’ve seen from members, Conservative councillors and MPs taking different positions on this, and it’s perfectly legitimate for people to do that, we live in a democracy.”

The Scottish Conservative party leader rejected suggestions that he could need to resign himself were the Prime Minister to remain in office.

He said: “I think we’ve seen an awful lot of support for my position from MSP colleagues in Holyrood.

“I’ve spoken to council leaders, I’m speaking to members all the time.

“I’m not saying universally it’s 100% behind me because I understand people support the Prime Minister, they want him to get on with the job that we were all elected here to do just a couple of years ago.

“But, I do believe our efforts are being hampered by some of the decisions he took and indeed some of the comments that he’s made to get through this period.

“And I that’s been perhaps the most damaging of all, is the misleading statements that people can’t reconcile with the evidence they have in front of them.

“And previously, I’ve taken I think tough, unpopular decisions but I don’t change them lightly.”

Asked if his view could change in certain circumstances, he added: “No, it doesn’t.”