They are out of the starting blocks but more than a few hurdles remain before the UK's next Prime Minister reaches the Downing Street winners' enclosure. 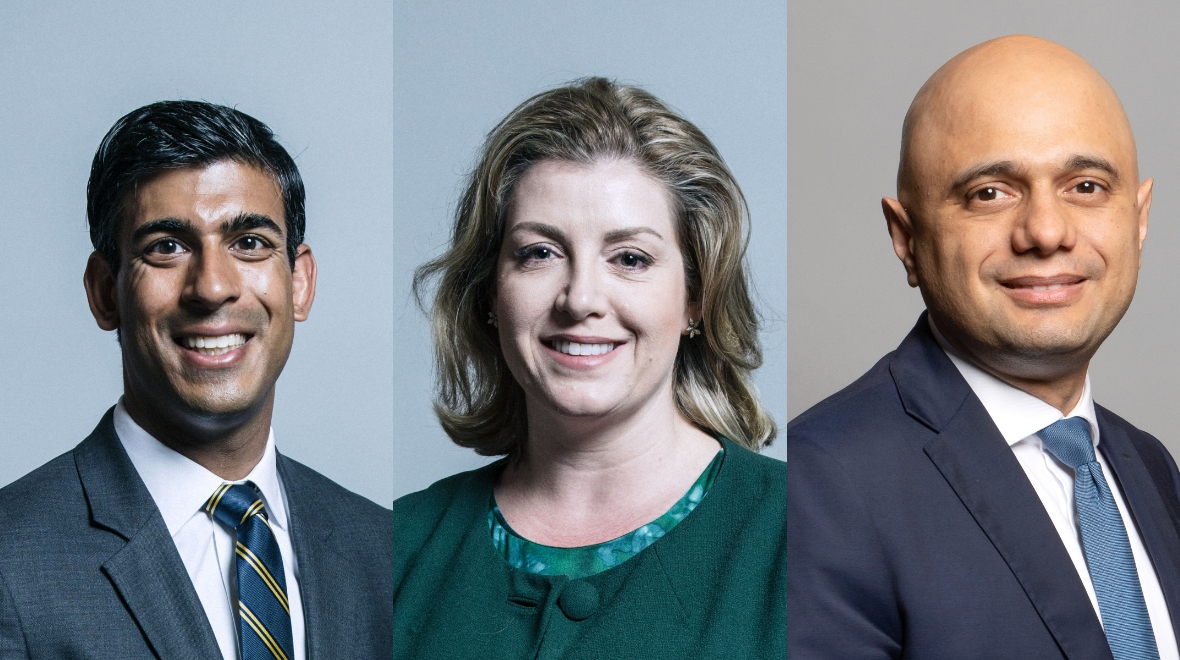 And so they are off but not quite running. The 11 (and counting) hopefuls who want to be the UK’s next Prime Minister await the details of the number of MPs they need to nominate them to enter the race to lead the Conservative Party and take up residence in 10 Downing Street.

The details and timetable will be agreed later today by the 1922 Committee, who will almost certainly institute thresholds for participation that is likely to whittle down this field pretty quickly.

Most of the hopefuls know they cannot win. The objective of some will be to trade votes in the hope, or expectation, that promotion will follow when the eventual winner is declared.

The necessity for speed is further underlined by the fact a totally discredited Prime Minister still clings on in Downing Street despite the fact his own MPs collapsed his authority and ultimately his Premiership.

Having watched the campaign videos and listened to their interviews to date, I have to say that most really do have a brass neck. Most have discovered in the last few days that the policies they have supported on tax are wrong.

The centre of gravity in the Parliamentary Conservative Party tilts towards the embrace of Brexit, a smaller state and a need to cut tax. That helps explain why almost every candidate in this election is now campaigning against government policy, policies they voted for and defended.

On the right, Margaret Thatcher still invokes a dewy eyed moistness. Many regard her as the last truly Conservative Prime Minister.

John Major was a grey man with few ideas they will say, David Cameron a social liberal who was handcuffed by a safety first approach through the short tenures of the permanently embattled Theresa May and the reality TV show Premiership of Boris Johnson.

No doubt many who are now slaves to a tax cutting agenda will lionise the memory of Mrs Thatcher to bolster their credentials as a true Conservative.

There is only one problem with this. In the current climate Margaret Thatcher would not have supported tax cuts.

She regarded debt as a mark of national shame, famously believing you should approach a nations finances as if you were running your own household and that meant not getting into debt at all costs.

You can cut tax by cutting services or increasing borrowing. You can’t cut tax and borrowing and devote more resources to public services.

At a time when debt is at eye watering levels, most of these candidates would fail Thatcher’s ‘sound money’ test since she did not believe you could borrow your way to a better tomorrow and certainly not at the shame of pushing up the nations indebtedness.

Less than 72 hours after Johnson announced he was quitting, his would be successors took to the airwaves to make sweeping announcements that would take an army of treasury civil servants working over -time to assess their affordability.

Thinking carefully and planning for what might be sustainable or not was binned with abandon as the self-interest stakes took hold. The consequence was a series of interviews that would embarrass the notion of wooly thinking.

Paul Johnson from the Institute for Fiscal Studies popped up on the evening news wearing a face of barely concealed incredulity at the sheer brazenness with which some were making huge shifts in tax policy, literally on the hoof.

Of course to give their plans a fig leaf of respectability the nation was told that economic growth would help pay for this. Good luck with than one. Haven’t these candidates read what the Bank of England and the Office for Budget Responsibility has to say on that front?

Paying for tax cuts today with growth which is purely speculative would have induced apoplexy in Mrs Thatcher.

So, why do these candidates persist with this agenda? Well it is partly in response to a debate that rages within the parliamentary party and the wider Tory membership.

This agenda exercises Conservatives and therefore these candidates not only cannot ignore it but try to outdo one another on who best is keeper of the flame.

The Daily Telegraph is the paper of choice for a lot of these hopefuls announcing they will run.

A glance at the comments section of articles gives a flavour of where a lot of mainstream Conservatism now lies and it thunders to demands for tax cuts, cuts in spending, a ditching of net zero targets, abolition of the BBC license fee, a war on the woke media (i.e. BBC) and an end to the kind of big state policies like furlough and unlimited spending on health.

Of the current field the person who has least in common with this agenda is Jeremy Hunt. A remainer who was Boris Johnson’s nearest challenger last time around, he favours cuts to business rather than personal tax as a means of stimulating growth. He will therefore perform solidly among those who believe that a lurch to the right would be suicide in electoral terms.

The remainder of the field will all dance to variations of a Daily Telegraph reader’s theme song.

And of course there will be the dark arts deployed to undermine a candidate. Already gossip about tax affairs has led to candidates pledging to publish their own tax returns.

A video has gone viral of Rishi Sunak being a posh boy at Oxford. He boasted about friends both aristocratic and posh but wished the socially less fragrant working class well in their endeavours to get to Eton and Oxford.

The red tops will be crawling all over the merest hint of those two tabloid staples: sex and money. If any of these candidates have skeletons rattling about in their closet, they would be as well to withdraw now rather than subject their families to indignity.

By a week on Thursday the field will be down to two. The other nine will nurse their bruises and the wider country will ask, what next?