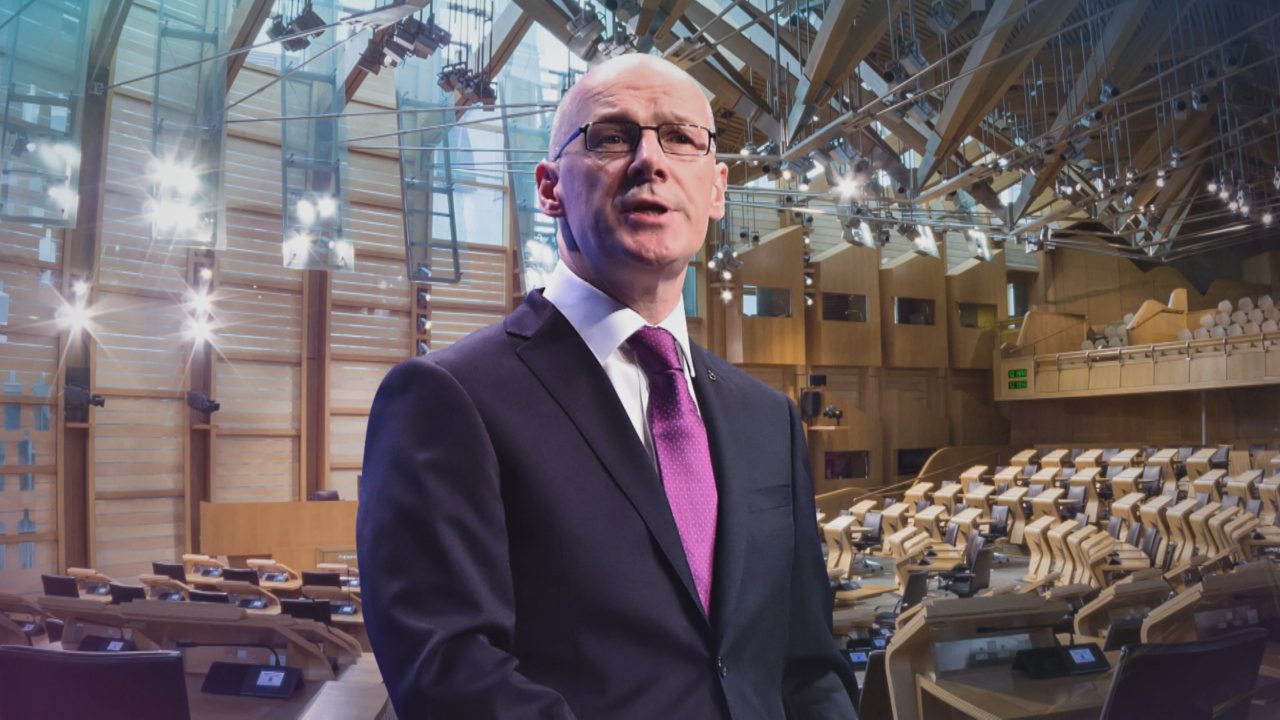 John Swinney is due to set out the Scottish Budget less than a fortnight before Christmas and in the face of soaring inflation and a cost of living crisis.

The deputy First Minister, who is serving as finance secretary while Kate Forbes is on maternity leave, faces a daunting challenge ahead as he looks to get to grips with the country’s spending.

He has already said that he faces “very hard choices”, having stated that spending by the Scottish Government is at the “absolute limits” of affordability.

Social justice secretary Shona Robison said the Scottish Government would follow its “progressive” taxation model and that “those with the broader shoulders should pay more”.

Economists at Scotland’s Fraser of Allander Institute suggested ministers can soften the impact of the cost of living crisis by using their devolved tax powers.

In September, Swinney announced a £500m reduction in ministers’ fiscal plans, including a £53m cut in the budget for employability schemes and a £37m contraction of the budget for concessionary fares.

Just short of two months later, in November, Swinney set out a further £615m in spending cuts, with money for public sector pay deals needing to be found.

COSLA, the organisation which represents councils in Scotland, has warned of an estimated £1bn gap for local authorities over the next year.

It could bring about significant job losses, with essential services either being severely scaled back or even being stopped altogether, according to COSLA.

Swinney will set out the Scottish Government’s fiscal decisions for the next year in a statement at Holyrood on Thursday.

Speaking ahead of addressing MSPs at the Scottish Parliament, the deputy first minister pledged the budget will be a “catalyst” for reforms he said are necessary to ensure public services remain sustainable.

“The Scottish Budget will take further steps to address inequality and eradicate child poverty,” he said.

“It will encourage a just transition to net zero, creating wealth and opportunity across the country.

“And it will be the catalyst for reforms necessary to ensure our first-class public services remain sustainable in the face of the challenges to come.”

Swinney also criticised the UK Government as he said that the Scottish Government has “limited powers” to meet the challenges faced by those across the country.

He said: “I would like to go even further, but the cost of living crisis has also laid bare the fiscal constraints of devolution, as we cannot borrow to support day to day expenditure when times are hard to assist us through these difficult days.

“It is clear that businesses and households are paying a steep price for the economic mismanagement of the UK Government.

“The cost of living crisis requires decisive action. In setting this Budget, the Scottish Government will use its limited powers to the maximum extent that is responsible, to meet the challenges faced by the people of Scotland.”

Scottish Conservative finance and economy spokesperson Liz Smith hit back at Swinney, suggesting that he is trying to “ignore” the powers that are held by the Government.

“As usual, John Swinney is trying to blame everything on Westminster. He chooses to ignore the fact that the Scottish Government actually has extensive powers and any failure to implement them is entirely the SNP’s fault,” she said.

“Ominously, he seems to be warning both middle and higher earners that tax hikes are coming down the line which will almost certainly widen the tax gap between them and people on the same income elsewhere in the UK.

“If these groups get hammered by Mr Swinney’s budget, it will make Scotland a less attractive place in which to live and work and invest. That is bad news for economic growth and the future of the country.”

Daniel Johnson, Scottish Labour’s finance spokesperson, said that Scotland cannot afford “another year of missed opportunities or SNP spin”, as he called on the budget to deliver value for money for Scots.

“With Scotland’s finances in turmoil due to Tory and SNP incompetence, the need for a budget that delivers on the priorities of the people of Scotland has never bene greater,” said Johnson.

“Scottish Labour is clear – the priority for this budget must be tackling the cost of living crisis by targeting support to those most in need and ending the scandal of poverty pay across the public sector.

“Every penny of spending in this budget must deliver value for money for the people of Scotland. On Thursday, the deputy First Minister must set out clearly how he will reduce waste and end spending to fix mistakes made by SNP ministers.”

He added: “Labour wants to get our economy growing so that we can improve wages and living standards across our country. Scotland cannot afford another year of missed opportunities or SNP spin.”

Scottish Budget will be ‘Greenest since devolution’

The Scottish Greens have pledged that people and planet will be at the core of the Scottish budget.

Climate justice and tackling child poverty must be at the heart of the recovery, the party said, ahead of what they dubbed the “greenest Budget in the Scottish Parliament’s history.”

Ross Greer, the party’s finance spokesperson, said work had been undertaken to ensure there is a progressive package which delivers for communities.

“Between soaring prices and sky-high inflation, the Westminster government has caused huge damage to household budgets and unleashed chaos on our economy while leaving the Scottish Government to pick up the pieces,” he said.

“Today’s Scottish budget will make real our commitments on climate and nature. It will stand in stark contrast to the climate vandalism and economic pain being inflicted by the Tories.

“With Scottish Greens in government, we have worked to ensure that this is a progressive package that delivers for the communities who have been hammered by years of Downing Street’s cruelty and incompetence.”