Watch as UK Government argues against Indyref2 at Supreme Court

A two-day hearing is taking place in London. 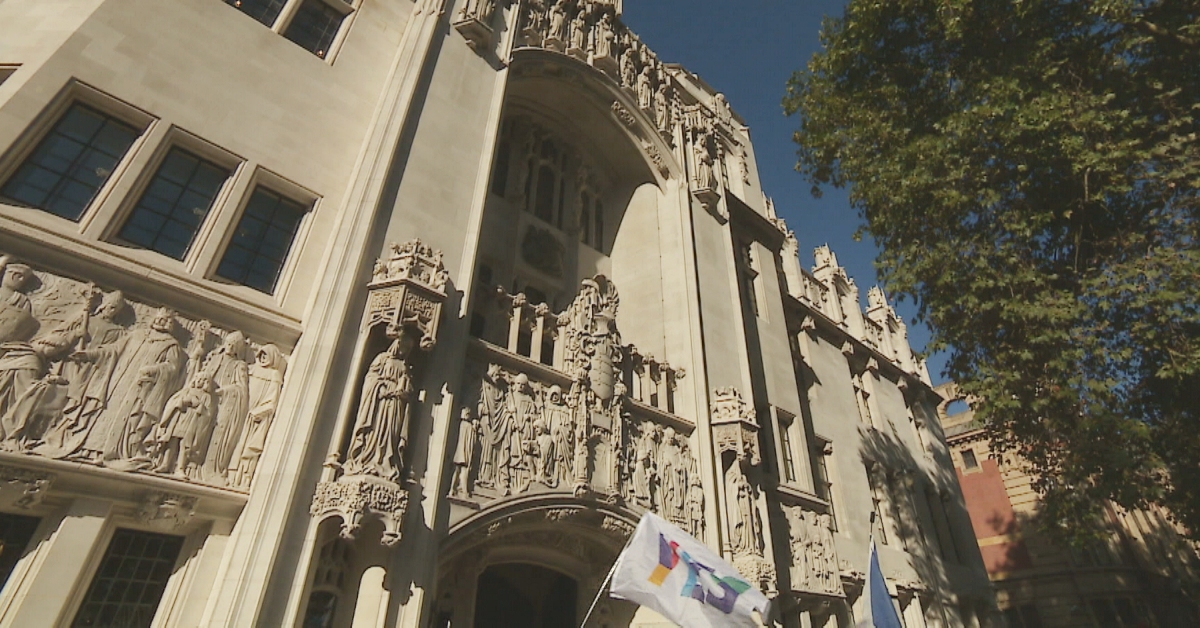 The Supreme Court is hearing a second day of arguments on whether the Scottish Parliament can hold an independence referendum without Westminster’s consent.

The question of whether the Scottish Parliament has competence to legislate for another independence referendum should not be “farmed out” to the Court, judges have been told.

The UK Government’s representative argued the problem in the case is that the Scottish Government does “not like” the answer it received from its law officer, the Lord Advocate, on the competence of its referendum Bill.

Scotland’s Lord Advocate Dorothy Bain KC underlined the importance of bringing clarity on the issue to judges as she made the case to the UK’s highest court in London on Tuesday.

Resolving the issue of whether Holyrood has the power to hold the vote is of “exceptional importance” to the people of Scotland and the UK, the Supreme Court heard.

Bain, the Scottish Government’s top law officer, argued that it was in the “public interest” to settle the question on day one of a hearing that will last until Wednesday.

Sir James Eadie KC, making the case on behalf of the UK Government, told judges that it is not appropriate for courts to deal with “abstract questions of law when the facts are not known”.

The UK Government has made clear it believes that a Bill legislating for a referendum on the question of Scottish independence would be outside the legislative competence of the Parliament in Edinburgh.

Lord Reed, the President of the Supreme Court, has stated it is likely to be “some months” before justices give their ruling on the case.

He indicated that justices have more than 8,000 pages of written material to consider.

The Scottish Government intends to hold an independence referendum in October, 2023.

In 2014 – the last time that a referendum on independence was held – the vote was able to go ahead as the UK Government agreed to temporarily transfer the necessary powers from Westminster to Holyrood.

An agreement was signed by then-First Minister Alex Salmond and the Prime Minister at the time David Cameron in October 2012.

The case at the Supreme Court is effectively a consideration of the legal question of whether Holyrood can actually pass a Bill to hold a referendum.

However, regardless of what the eventual outcome is, the political debate about whether a referendum can or should be held is likely to carry on.

First Minister Nicola Sturgeon has insisted that the judgment of the Supreme Court will be respected.

However, she has also indicated that the people of Scotland will have their say on the issue one way or the other, with the next general election potentially being used as a de-facto vote on the matter.

Scottish Conservative leader Douglas Ross has said it is a “disgrace” that the case is being brought to the court by the Government and the SNP.

He has argued that the SNP leader should “abandon” the push for Scottish independence and instead govern for all of Scotland.

The case will continue to be heard in London on Wednesday.

Speaking on day two of the case, Scottish Conservative chairman Craig Hoy described it as the “wrong priority at the worst possible time”

“If Nicola Sturgeon had any pretence of acting in Scotland’s interests, rather than the SNP’s, she’d throw in the towel on her obsessional push to hold a divisive referendum next year,” said the MSP.

“Not only are the majority of Scots opposed to it, but the Supreme Court’s warning that it will take months for judges to plough through a mountain of written evidence before reaching a judgment makes her timetable completely unfeasible.”

He added: “This whole costly and unwanted case is the wrong priority at the worst possible time.

“The First Minister should ditch it and focus on what matters to Scots – tackling the global cost of living crisis and record waiting times in Scotland’s NHS.”