The verdict was delivered at the Supreme Court in London. 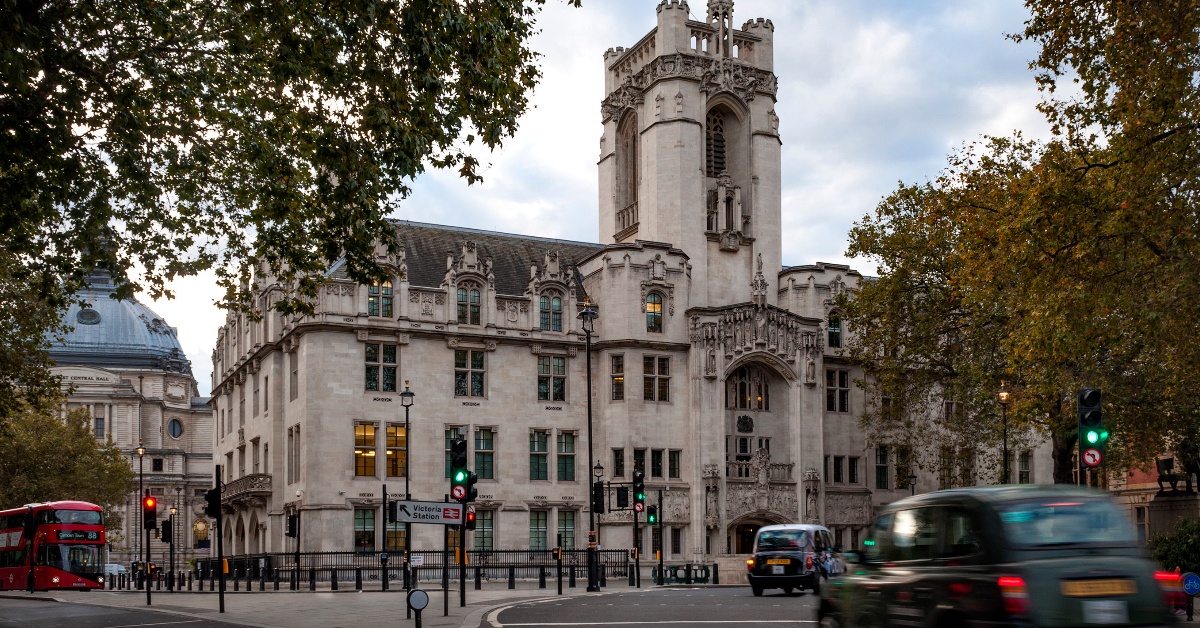 The UK’s highest court has ruled that the Scottish Parliament does not have the power to hold an independence referendum.

A judgment on the question was delivered at the Supreme Court in London on Wednesday morning.

The Scottish Government had argued that Holyrood should be able to bring forward legislation allowing a vote to be held.

However, the UK Government made the case that it would be outside the legislative competence of the Parliament.

Scotland’s First Minister Nicola Sturgeon said that she respects the decision made by the court.

READ MORE: Nicola Sturgeon: ‘Scottish democracy will not be denied’

“While disappointed by it I respect ruling of @UKSupremeCourt – it doesn’t make law, only interprets it,” she wrote on Twitter following the verdict.

“A law that doesn’t allow Scotland to choose our own future without Westminster consent exposes as myth any notion of the UK as a voluntary partnership and makes the case for Indy.”

She continued: “Scottish democracy will not be denied. Today’s ruling blocks one route to Scotland’s voice being heard on independence – but in a democracy our voice cannot and will not be silenced.

“I think that the people of Scotland want us to be working on fixing the major challenges that we collectively face,” he told the House of Commons.

READ MORE: Supreme Court says no to indyref2 – so what happens next?

“Whether that’s the economy, supporting the NHS or indeed supporting Ukraine, now is the time for politicians to work together and that’s what this government will do.”

The SNP’s Westminster leader Ian Blackford told the Prime Minister that he has “no right” to deny democracy to the people of Scotland.

They also considered written submissions put to them from the SNP on behalf of the party.

Scottish ministers had intended to hold a vote on independence on October 19, 2023.

However, the judgment will act as a setback to those plans.

Under the current arrangements, a Section 30 request would need to be made to the UK Government to temporarily transfer the necessary powers from Westminster to Holyrood to allow a referendum to be held.

Scottish secretary Alister Jack said that people in Scotland want the UK and Scottish governments to be concentrating all attention on the issues that matter most to them.

He said: “We note and respect the unanimous ruling from the Supreme Court today.

“People in Scotland want both their governments to be concentrating all attention and resources on the issues that matter most to them.

“That’s why we are focused on issues like restoring economic stability, getting people the help they need with their energy bills and supporting our NHS.

“Today alone, 11.6 million UK pensioners – around one million in Scotland – are starting to receive up to £600 to help with their energy bills this winter.

“As the Prime Minister has made clear, we will continue to work constructively with the Scottish Government in tackling all the challenges we share and face.”

READ MORE: What ruling did Supreme Court make and what does it mean for indyref2?

Scottish Conservative leader Douglas Ross described the case as a “waste of time and money” as he welcomed the ruling made by judges on the Court.

“I welcome the Supreme Court’s unanimous judgment that the constitution is a matter reserved to the UK Parliament and that Nicola Sturgeon’s referendum bill would not be legal,” said Ross.

“This was a clear and unequivocal verdict delivered by the highest court in the country and the SNP government and their supporters must respect it.

“Nicola Sturgeon insisted on taking this case to the Supreme Court at the cost of hundreds of thousands of pounds to the Scottish taxpayer and this ruling confirms that it was a waste of time and money.”

The Scottish Conservative leader said that the SNP must now “get back to work” and to drop their “obsession” with a referendum.

“The Scottish people have made clear in poll after poll that they don’t want another referendum next year,” he said.

“Holding another divisive referendum next year is the wrong priority at the worst possible time for Scotland.”

Scottish Labour leader Anas Sarwar said there is not a majority for a referendum or independence.

“It was right for the Scottish Government to seek legal clarity on this question,” said Sarwar.

“The Supreme Court’s answer was clear and I thank them for their speedy work in this case.

“We must now focus on the problems facing our country, from rising bills to the crisis in our NHS.

“There is not a majority in Scotland for a referendum or independence, neither is there a majority for the status quo.”

Sarwar insisted that “change is coming” as he made the case for Labour winning power at Westminster.

He added: “One thing is clear, there is majority in Scotland and across the UK for change.

“A Labour government will deliver the change that Scotland and the whole of the UK needs.

“Every part of the UK deserves better than more misery and decline under the Tories.

“Change is coming and Scotland will lead the way by helping to elect the Labour government that kicks the Tories out of office.”

Former First Minister Alex Salmond criticised the approach taken by the Scottish Government in taking the case to the Court.

“The decision of the Supreme Court today is the result of a bad gamble that hasn’t paid off,” said the Alba Party leader.

“What should have happened was the Scottish Parliament should have passed the legislation for an independence referendum and forced the UK Government to be the ones that challenged it.

“Although the verdict is hardly a surprise, it now begs the question of what is the democratic route for Scots to determine their own future.”

Scottish Greens co-leader Patrick Harvie claimed that the UK Government must not be allowed to “hide” from democracy.

“We respect the decision of the Court, but it does nothing to alter the principle that Scotland’s future must be determined by the people of Scotland,” he said.

“There is a clear and democratic mandate for a second referendum that grows every day as the devastation of a Brexit that was overwhelmingly rejected by Scotland escalates.

“The UK Government must not be allowed to hide from democracy.”