Sunak looks to ‘strengthen’ relationship with Sturgeon on Scotland trip

The Prime Minister was meeting Nicola Sturgeon for the second time since moving into Number 10 back in October. 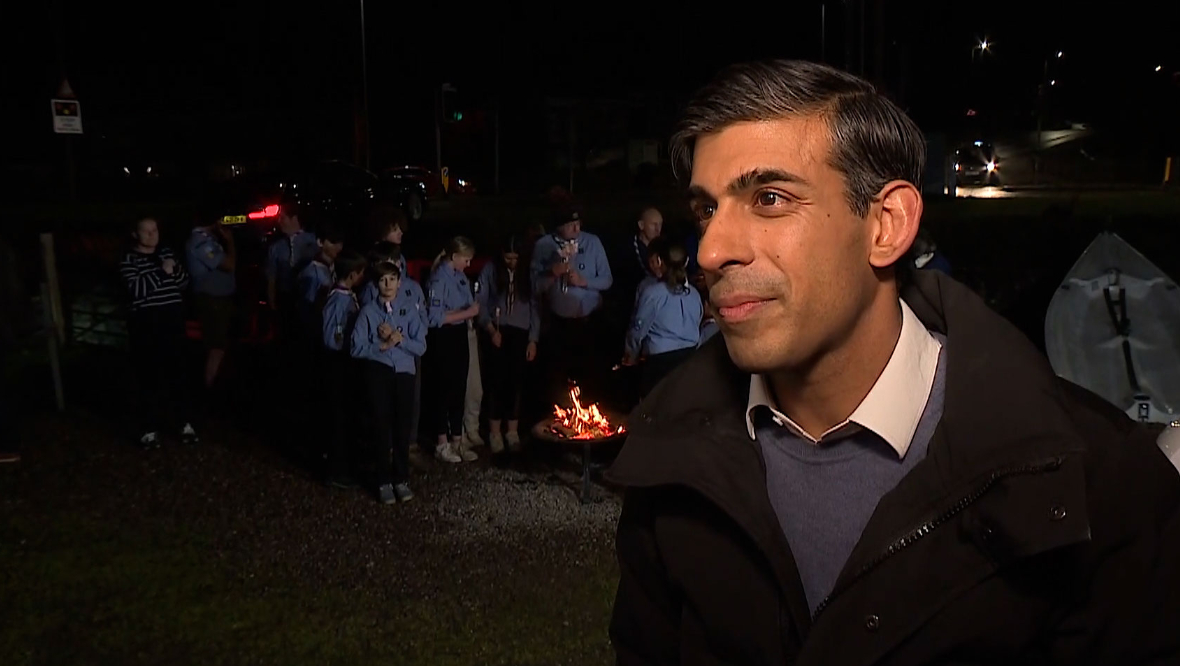 Rishi Sunak revealed he is “proud” that Scotland’s NHS is benefiting from “extra investment” thanks to the UK Government as he arrived in Scotland for the first time as Prime Minister.

Sunak, who was meeting Nicola Sturgeon for the second time since moving into Number 10 in October, insisted he was looking to “strengthen” his working relationship with the SNP leader.

He told STV News: “Well I come from an NHS family so I’m passionately committed to protecting the NHS and I’m proud that we’ve invested record sums into the NHS.

“And of course the Scotland Health Service is benefiting from that extra investment. And what we’re doing is constructively talking to union leaders.

“The health secretary is engaged in those conversations and I very much hope that we can find a way through.”

He will meet the Scottish First Minister behind closed doors on Thursday, before the pair jointly announce millions in UK Government funding on Friday.

The Conservative leader said he was “looking forward” to seeing Ms Sturgeon “to strengthen our working relationship and continue discussing our shared challenges and our joint efforts to deliver for people here in Scotland”.

Mr Sunak also spoke of his hope that ministers would be able to “find a way through” and end the disputes which have seen both nurses and ambulance crews south of the border take strike action.

Nurses in Scotland have voted for action – but so far no dates for this have been announced.

His visit comes at a time when the UK Government’s relationship with the devolved administration at Holyrood has been strained not only by Ms Sturgeon’s continued push for independence, but the potential for Westminster to block Holyrood’s gender recognition laws.

Meanwhile at Prime Minister’s Questions on Wednesday, Mr Sunak said he wants to work with the Scottish Government on the issue of the North Sea oil and gas industry.

But he claimed Ms Sturgeon’s Government “don’t want to support the Scottish energy industry and the 200,000 jobs that it produces”.

Scottish Net Zero Secretary Michael Matheson said earlier this week that North Sea oil and gas production should “effectively end” in the next 20 years – while Mr Sunak has in contrast sought to highlight his “wholehearted support” for the sector.

He stated: “I’m keen to work with the Scottish Government to support the North Sea because it’s something that we’re all very proud of in the UK.”

According to The Telegraph, the new freeports will be at Cromarty Firth, near Inverness, and on the Firth of Forth, near Edinburgh.

The green freeports are aimed at boosting investment and growth through the use of tax incentives.