She is the third minister to lose her job in Liz Truss' administration. 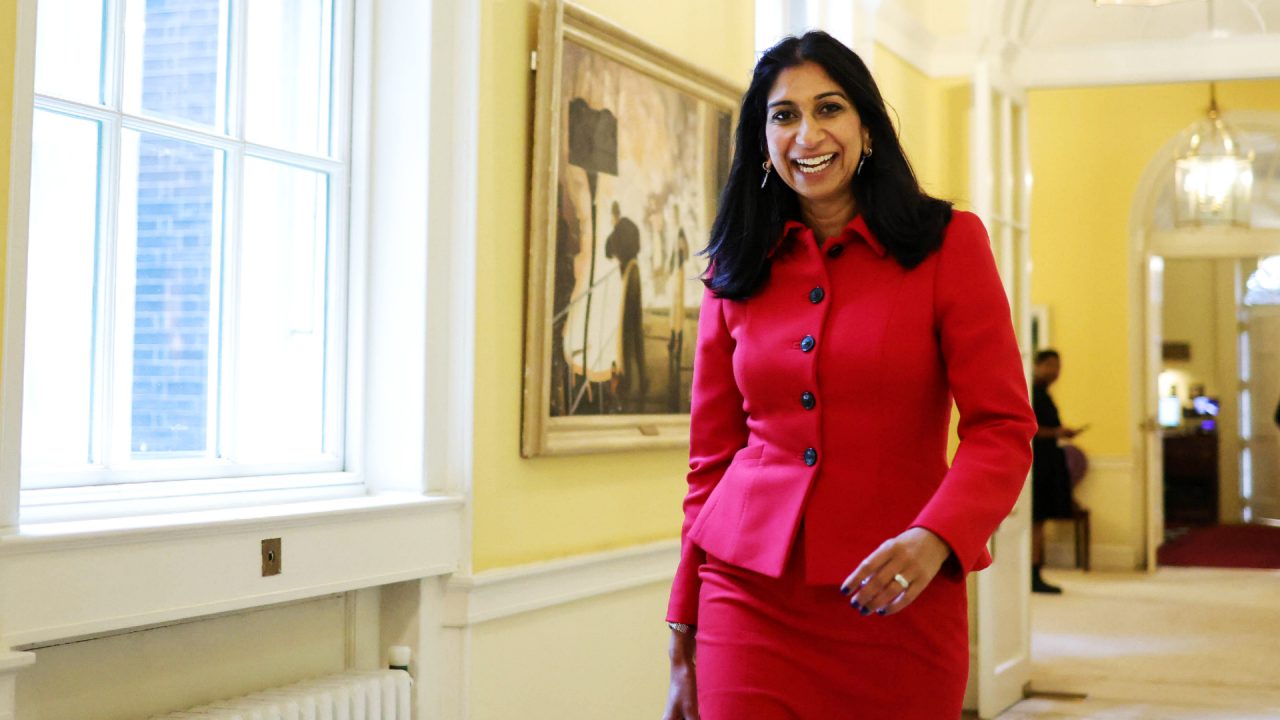 A Home Office source confirmed her departure and Braverman shared her letter of resignation revealing she sent an official document from her personal email in a breach of security rules.

She said that, as soon as she realised her mistake, she “rapidly” reported herself through official channels and informed the Cabinet secretary.

No 10 confirmed on Wednesday evening that former transport secretary Grant Shapps will succeed Braverman in the role.

“Pretending we haven’t made mistakes, carrying on as if everyone can’t see that we have made them, and hoping that things will magically come right is not serious politics,” Braverman wrote.

The former home secretary also revealed she had concerns about the direction of the Government.

“Not only have we broken key pledges that were promised to our voters, but I have had serious concerns about this Government’s commitment to honouring manifesto commutments,” she wrote.

“I wish my successor good luck.”

In her letter accepting Braverman’s resignation, Prime Minister Truss said: “It is important that the ministerial code is upheld and that Cabinet confidentiality is respected.”

Braverman is the third minister to lose their job in Truss’ Cabinet. She had held the role of home secretary for just 43 days having been appointed on September 6.

It follows the sacking on chancellor Kwasi Kwarteng after criticism that his tax-slashing mini-budget caused the UK economy to crash.

Conservative trade minister Conor Burns was sacked from the Government after allegations of misconduct during the Tory Party conference which he denies.

The Prime Minister has been publicly urged to quit by a handful of her own MPs following growing uncertainty in her leadership.

At PMQs on Wednesday, Truss apologised for Kwarteng’s mini-budget after her new chancellor Jeremy Hunt scrapped almost all the measures announced in it.

Shadow home secretary Yvette Cooper said: “This Tory Government is falling apart at the seams. To appoint and then sack both your home secretary and chancellor within six weeks is utter chaos. This is no way to run a government.

“There are also reports of major disputes about policy and we have had weeks of disagreements. We need an urgent statement from the Prime Minister.

“Home affairs, security and public safety are too important for this kind of chaos.

“The problems go beyond one home secretary. If the Conservatives can’t even manage the basics they need to get out of the way and hand over to people who can.”

Braverman’s departure is the latest in a “carousel of Conservative chaos”, the Liberal Democrats have said.

Lib Dem home affairs spokesperson Alistair Carmichael said: “This is a Government in chaos. People should not be forced to watch the Conservative party implode day after day while real people suffer.

“There is a of cost of living catastrophe, health service crisis and now a rudderless Home Office.

“The only solution now is a general election so the public can get off this carousel of Conservative chaos.”