The senior civil servant said the 'excessive consumption of alcohol' was inappropriate. 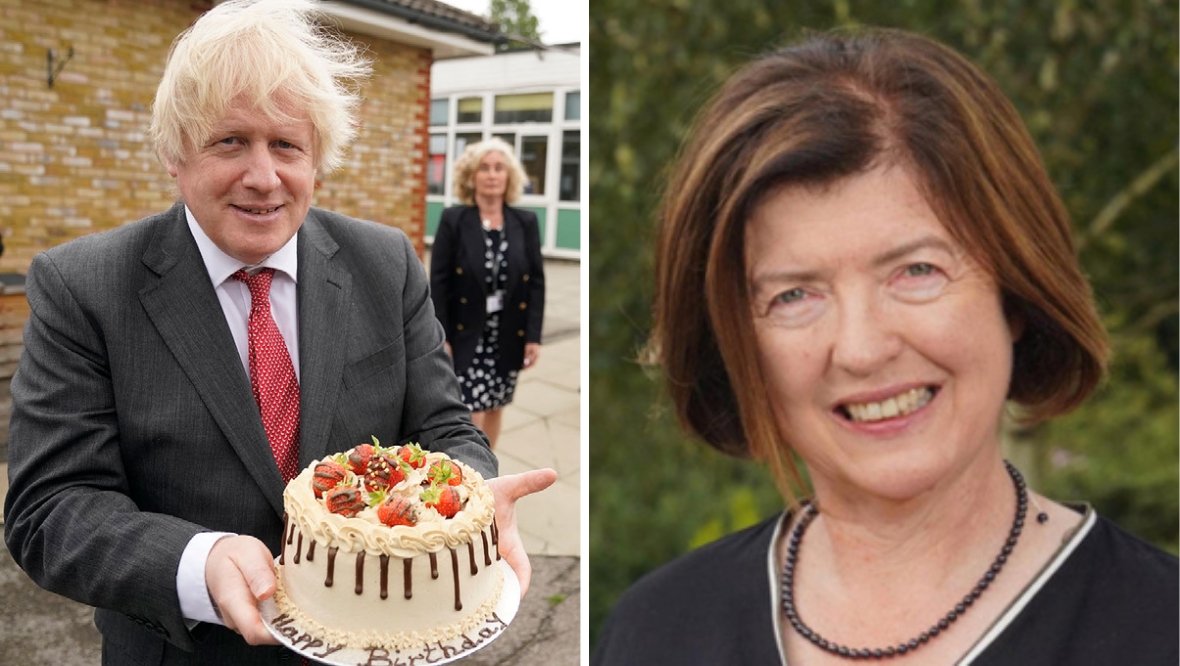 Prime Minister Boris Johnson has said he is sorry after Sue Gray’s report found gatherings across Downing Street should not have happened and constituted a “serious failure” – adding that the parties are “difficult to justify”.

The Metropolitan Police revealed investigators are combing through 300 photos and 500 pages of information handed to them by the Cabinet Office as part of the investigation into potentially Covid-breaking events in government departments.

Johnson apologised for “things we didn’t get right” and said “we must look at ourselves in the mirror and we must learn.”

Giving a statement in the House of Commons on Monday following the publication of the heavily redacted report, the Prime Minister said he accepted Gray’s inquiry in full.

Johnson told the Commons: “Firstly, I want to say sorry – and I’m sorry for the things we simply didn’t get right and also sorry for the way this matter has been handled.

Met Police are investigating 12 of the 16 gatherings covered in Sue Gray’s inquiry, including inside the Prime Minister’s flat, the report says.

In a statement, the Met said it was prioritising examination of 300 images and over 500 pages of information handed to investigators by the Cabinet Office on Friday.

Gray said she could not “provide a meaningful report” given the Met’s investigation and that she has been “extremely limited” in what she can say about the events.

Gray said there were failures of leadership and judgement by different parts of No 10 and the Cabinet Office at different times.

The inquiry looked at 16 individual gatherings in Whitehall, including a gathering in the Downing Street garden on May 20, 2020 – during the first coronavirus lockdown when people were only allowed to meet outdoors in pairs.

The report also looked at the Prime Minister’s birthday party on June 19, 2020, when rules in place at the time prohibited most indoor gatherings of more than two people.

The senior civil servant said the “excessive consumption of alcohol” was inappropriate.

The report also found some Downing Street staff wanted to raise concerns about behaviours they witnessed at work but at times felt unable to do so.

The report reads: “Against the backdrop of the pandemic, when the Government was asking citizens to accept far-reaching restrictions on their lives, some of the behaviour surrounding these gatherings is difficult to justify.”

Gray provided the update on her investigations to the Prime Minister on Monday.

The civil servant and her team, have been investigating the allegations of rule-breaking gatherings in government departments.

The report is heavily redacted after the Met Police asked Gray to make minimal reference to events they are investigating.

Gray’s report spans a 20-month period from May 15, 2020, less than two months into the UK-wide Covid-19 restrictions, until April 16, 2021, when rules prohibited indoor mixing between households.

Labour leader Sir Keir Starmer told MPs: “By routinely breaking the rules he set, the Prime Minister took us all for fools, he held people’s sacrifice in contempt, he showed himself unfit for office.

“His desperate denials since he was exposed have only made matters worse. Rather than come clean, every step of the way he’s insulted the public’s intelligence.

“And now he’s finally fallen back on his usual excuse: it’s everybody’s fault but his. They go, he stays. Even now he is hiding behind a police investigation into criminality in his home and his office.”

Scottish First Minister Nicola Sturgeon tweeted: “The Gray report may be heavily constrained but it is nevertheless excoriating of Boris Johnson.

“He is guilty of serial failures of leadership and judgment (and has clearly misled parliament).

“If the Tories allow him to continue as PM, they will all be complicit.”

The Prime Minister repeatedly asked MPs to wait for the outcome of a Met Police investigation currently underway.

The force released a statement that said: “Having received the documentation from the Cabinet Office on Friday 28 January, we are now reviewing it at pace to confirm which individuals will need to be contacted for their account. This prioritisation will include reviewing all the material from the Cabinet Office, which includes more than 300 images and over 500 pages of information.

“If following an investigation officers believe it is appropriate, because the Covid regulations have been breached without a reasonable excuse, a fixed penalty notice would normally be issued. Once the penalty is paid, the matter is considered closed. Alternatively, individuals may decide to dispute the notice. In these circumstances officers will consider whether to pursue the matter in a magistrates’ court.

“We do understand that the Met’s action in assessing and responding to these allegations will divide opinion. However police officers must, based on the information available to them, make carefully considered, difficult decisions, even when to do so is contentious.

“We understand the interest in and impact of this case, and will be progressing the investigation at pace. We are committed to completing our investigations proportionately, fairly and impartially.”

“He has accepted the findings of the report and he has made a sincere apology,” he said. He has taken responsibility and undertaken to fix things. I have no doubt that he will do that.

“Our focus must now be on the issues that matter most to people – recovering from the pandemic, boosting our economy and rebuilding our public services.

“This government and this Prime Minister have a track record to be proud of. That includes the most effective Covid vaccination programme in Europe, and now the fastest growing economy the G7. We are delivering record funding for Holyrood, a £1.5bn growth deal programme, and investing directly in projects to improve communities the length and breadth of Scotland.”

Analysis: ‘The low alcohol version of the report’

The Sue Gray report is damning, even in its brevity. And it is very brief, really just six pages long.

It says there were “failures of leadership and judgement” and “some of the behaviour surrounding these gatherings is difficult to justify”.

Where does it leave the Prime Minister? His jaiket has been on a shoogly peg since party allegations emerged.

Bizarrely the defection of a Conservative MP to the Labour party and the investigation by the Metropolitan Police has strengthened his position; but that peg is still shoogly and one thing this short report shows is there is a lot more to come.

If the public were to decide Boris Johnson’s future, in for example an election, opinion polls suggest he would be out on his ear. They didn’t need Sue Gray’s report to know what had happened and to know that it looked like a party.

Right now though it is not up to them, it is up to Conservative MPs to decide the prime Minister’s future. The longer this goes on the more chance there is of Boris Johnson surviving.

Unless we see the resignation of senior ministers it looks like they might give him another chance, at least to see what happens in the council election in May.

This is the low alcohol version of the report into partygate – a fraction of the full thing, but it packs a punch.

• December 10, 2020: a gathering in the Department for Education ahead of the Christmas break;