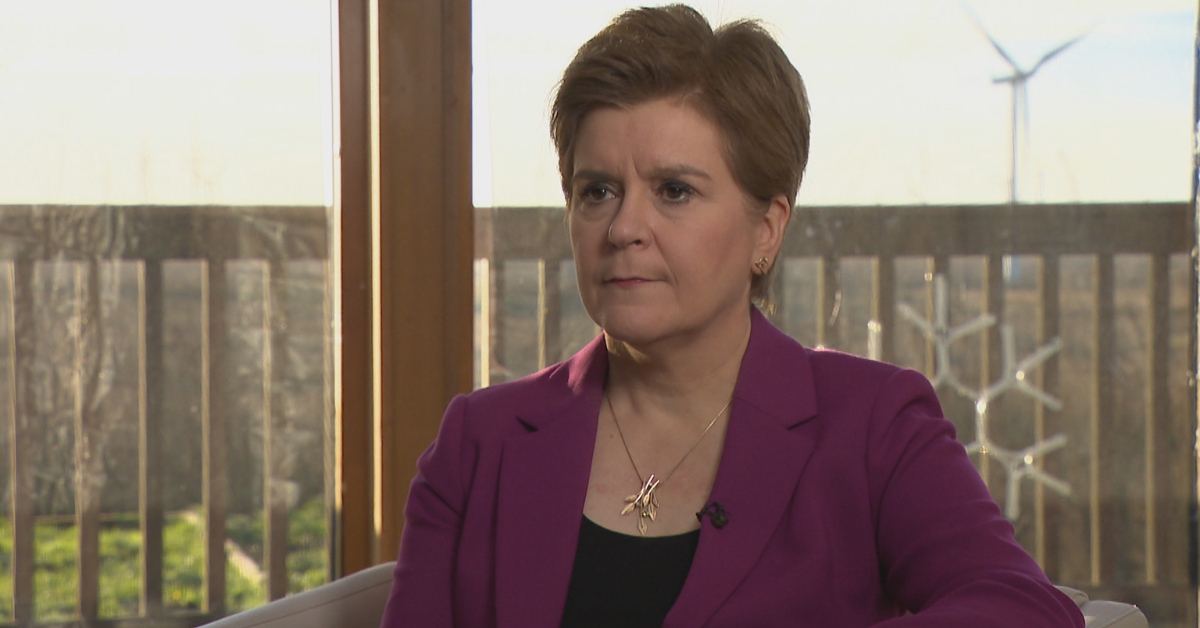 Nicola Sturgeon has refused say whether she intends to lead the SNP into the next Scottish Parliament election.

The First Minister said it was “preposterous” to reveal her plans nearly five years before the poll, after rumours began circulating following a magazine interview.

Sturgeon, speaking to STV News ahead of the SNP conference, also discussed her plans for a second independence referendum and the controversial Cambo oilfield expansion.

“I intend to fulfil the mandate I won in the election just seven months ago with a historically high share of the vote,” Sturgeon said.

Speculation began after the First Minister said she and her husband, the party’s chief executive Peter Murrell, may foster children in the future during an interview with Vogue magazine last month.

“The fact that my opponents seem to be incapable of beating me themselves doesn’t mean they should look to me to do their job for them and somehow remove myself from office,” Sturgeon said.

“That ain’t going to happen.”

The First Minister also eased off on the strength of her opposition to the Cambo oilfield expansion, after saying ten days ago that she did not believe the proposed drilling should be given the green light.

But on Friday, Sturgeon returned her previous point of view – that the plans should undergo a “rigorous climate assessment”.

She insisted that she was “absolutely emphatically not” abandoning the oil and gas industry.

“The science is telling us we have to move away as quickly as possible from fossil fuels, or frankly we don’t limit global warming in the way that we need to do for the sake of the future of our planet,” Sturgeon said.

“No leader should put their head in the sand and ignore that.”

She said Scotland needed to accelerate a “just transition” away from oil and gas that did not leave the 100,000 people working in the sector on the “economic scrapheap”.

‘Indyref2 plans depend on Covid’

The First Minister said she intended to take steps towards a second independence referendum before the end of 2023 – an SNP manifesto commitment.

But Sturgeon would not be drawn on when Scots can expect the government to publish a referendum bill.

“Exactly at what point next year we will introduce that bill depends on, not least, when we’ve got through the winter and Covid,” she said.

“But I’m very clear, Covid permitting, I intend to take these steps in a timescale that will allow a referendum to happen in that timescale.”

Asked whether those plans take into account potential legal action, she said there was no need if those in political office “simply accept democracy”.