The First Minister said a ballot could be held without Westminster's consent provided it's ruled as legal. 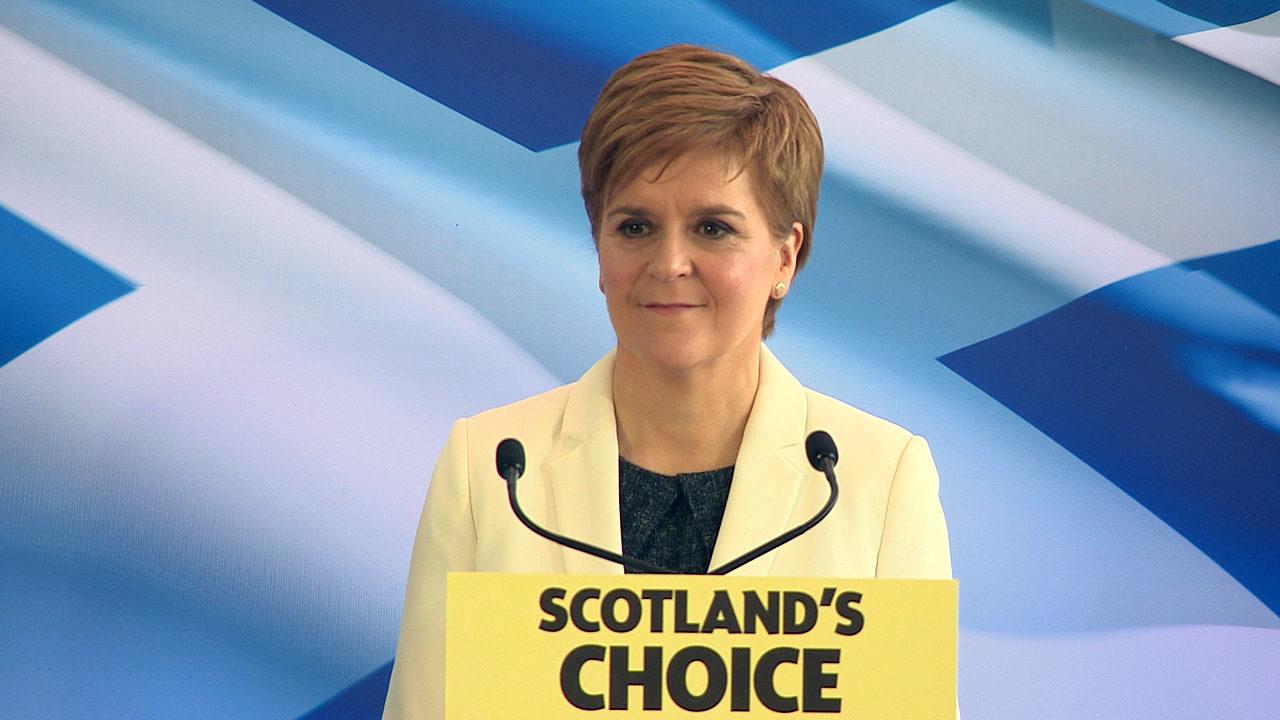 Nicola Sturgeon won’t rule out holding a “consultative” referendum on independence without Westminster’s consent – but only if the courts ruled the move would be legal.

The First Minister said a ballot “to establish the opinion of the Scottish people” could potentially be held if it becomes “necessary”, stressing the matter had never been tested in court.

But she indicated it would only be attempted as a last resort, arguing that the “outcome would be uncertain” and warning there are no “shortcuts or clever wheezes” to independence without, ultimately, winning the UK Government’s cooperation.

The FM was unveiling her next steps as she attempts to secure a second independence vote as the UK prepares to leave the EU at 11pm on Friday.

Speaking in Edinburgh, Sturgeon said Britain’s withdrawal from the European Union meant “the UK that Scotland voted to remain part of in 2014 – a UK inside the EU – will no longer be a reality”.

The SNP leader stated this represented a “material change in the circumstances that prevailed in 2014”.

But she said her message was one of “hope of a different and better future for Scotland”, adding: “After tonight, that future is only open to us with independence.

“Our task is to persuade a majority of people in Scotland to choose it.”

The First Minister insisted: “There is a mandate from the public and from the Scottish Parliament for a referendum.

“The SNP has won three successive parliamentary elections on the commitment to give people the choice and this week the Scottish Parliament has endorsed that position.

“That the Tories are set on blocking a referendum only shows their contempt for democracy in Scotland.

“And – somewhat counter productively for them – it serves to illustrate how unequal this supposedly equal union is.”

‘The issue of whether the specific constitutional reservation in the Scotland Act puts any form of independence referendum outside the powers of the Scottish Parliament – or instead leaves open scope for a non-binding consultative vote – has never been tested in court.’

However, she said that she would do a “disservice” to independence supporters to “pretend there are shortcuts or clever wheezes that can magically overcome the obstacles we face”.

She said the legality of any referendum “must be beyond doubt” and accepted the possibility that a vote might not be held this year, as she has said she wants.

Authority to hold an independence referendum is reserved to Westminster, and Boris Johnson refused a request from Sturgeon for a transfer of powers to hold a vote.

The FM said winning the Prime Minister’s agreement to hold an independence ballot remained the “best way” to achieve a vote.

But the FM continued: “The issue of whether the specific constitutional reservation in the Scotland Act puts any form of independence referendum outside the powers of the Scottish Parliament – or instead leaves open scope for a non-binding consultative vote – has never been tested in court.

“That means it cannot be said definitively that it would not be legal, but equally it cannot be described as being beyond legal doubt.

“If a proposal for a referendum on that basis was brought forward it would be challenged in court.

“If a court ruled that it was legal, it wouldn’t be a ‘wildcat referendum’ as our opponents like to brand it – it would be within the remit of the Scottish Parliament.

“Now, should the UK Government continue to deny Scotland’s right to choose, we may reach the point where it is necessary for this issue to be tested.”

She added: “I am not ruling that out.

“But I also have to be frank. The outcome would be uncertain. There would be no guarantees.

“It could move us forward – but equally it could set us back.

“So my judgment at this stage is that we should use our energies differently.”

Among a number of new measures, Sturgeon announced she would be asking the UK’s electoral watchdog, the Electoral Commission, to re-test the question used in the 2014 referendum for prospective use in a new vote: ‘Should Scotland be an independent country?’

She said she wanted to build the “political case” for independence, saying her government would invite all of Scotland’s MPs, MSPs, MEPs and council leaders “to come together to endorse a modern Claim of Right for Scotland through a new constitutional convention”.

The Claim of Right in 1989 was part of building the case for a Scottish Parliament and declared the “sovereign right of the Scottish people to determine the form of government best suited to their needs”.

The SNP leader also pledged to double the party’s campaign spending to support independence campaigning, while the Scottish Government will publish a new series of paper to inform the public on how independence could work.

The announcements follow a fortnight where the Scottish Parliament voted in favour of the principle of a referendum and a new YouGov poll showed 51% support for independence – although only 34% support for holding a vote in 2020.