Sturgeon tells Johnson indyref2 ‘now a matter of when – not if’

The First Minister speaks to Boris Johnson just hours after the SNP won a fourth consecutive victory in the Holyrood election. 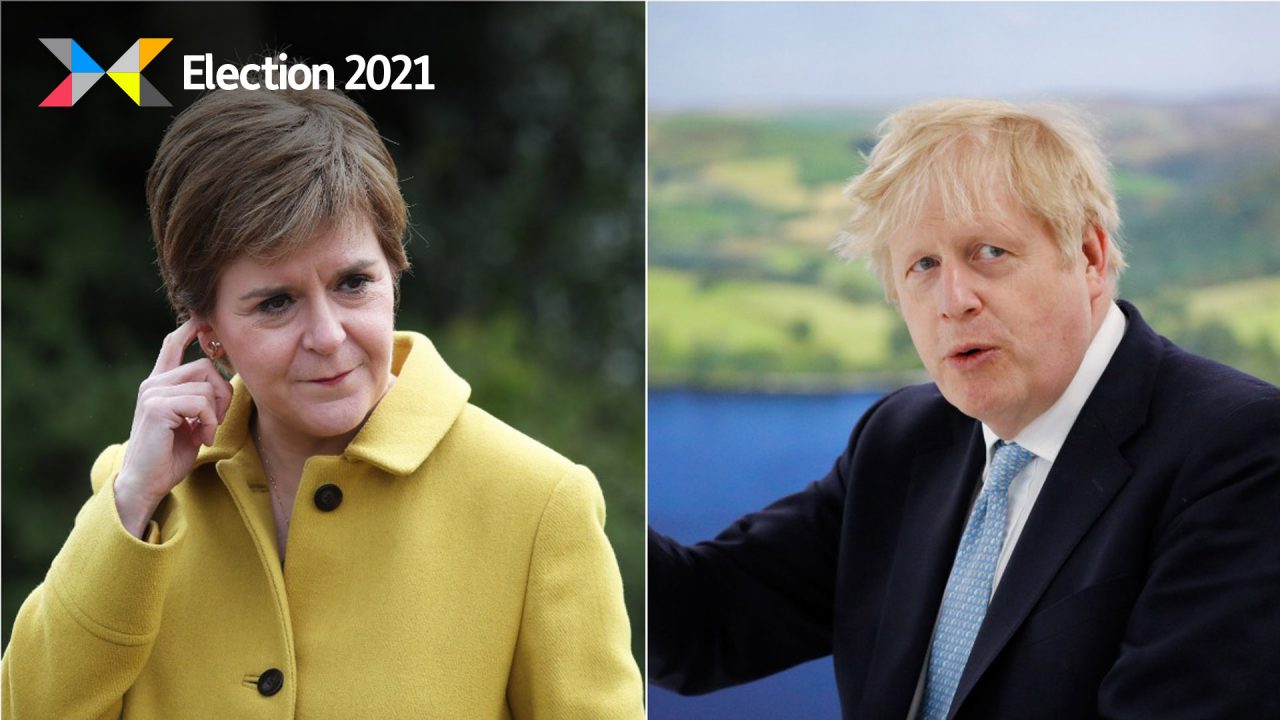 First Minister Nicola Sturgeon says she made it clear to Prime Minister Boris Johnson on Sunday that the question of a second independence referendum “is now a matter of when – not if”.

Sturgeon and Johnson spoke on the phone earlier after the SNP won a fourth consecutive victory in the Scottish Parliament election.

The party finished on 64 seats – one more than in 2016, but one short of an overall majority.

“The First Minister made clear that her immediate focus was on steering the country through Covid and into recovery, and that a newly elected Scottish Government would work with the UK government as far as possible on that aim.

“They also agreed the importance of the two governments working together closely and constructively to achieve a successful hosting of and outcome from COP26.

“The FM also re-iterated her intention to ensure that the people of Scotland can choose our own future when the crisis is over, and made clear that the question of a referendum is now a matter of when – not if.”

Johnson has invited Sturgeon for crisis talks on the Union after she warned the PM he would be standing in the way of democracy if he denies Scotland a second independence referendum.

In her victory speech, Sturgeon told supporters the result proved a second independence vote was the “will of the country” and said any Westminster politician who stood in the way was “picking a fight with the democratic wishes of the Scottish people”.

But Johnson, in a letter to Sturgeon, argued the UK was “best served when we work together” and called for a conversation about “our shared challenges” in recovering from the pandemic.

In a letter shared by No 10, the Prime Minister congratulated Sturgeon on her re-election and said: “I would like to invite you to join me, UK Government colleagues and others at a summit meeting to discuss our shared challenges and how we can work together in the coming months and years to overcome them.

“We will all have our own perspectives and ideas – and we will not always agree – but I am confident that by learning from each other we will be able to build back better, in the interests of the people we serve.”