The First Minister said Boris Johnson's address was aimed at England and Scots should continue to stay at home. 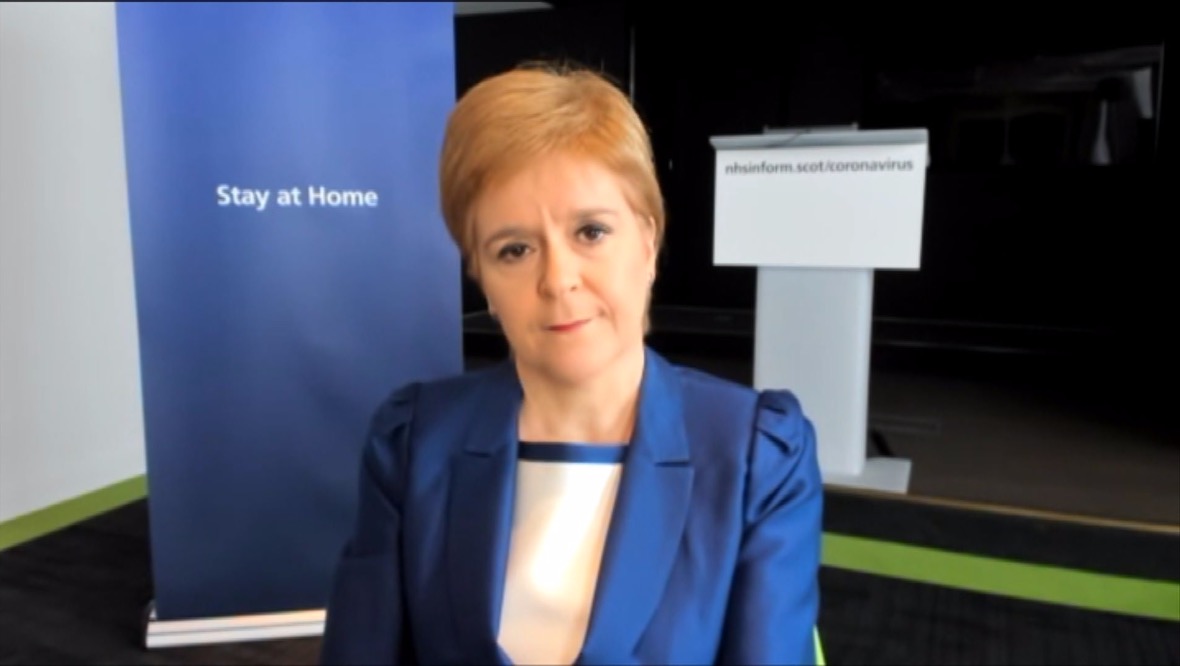 Nicola Sturgeon has said people living in Scotland should listen to her advice despite the Prime Minister loosening the coronavirus lockdown south of the border.

The First Minister said Boris Johnson’s address to the nation was aimed at England and Scots should continue to “stay at home” – with the exception of being allowed out more often for exercise.

“The state of the virus in Scotland is such that I think the stay at home message is the one we must stick to.

“My responsibility is to do what I think is right for Scotland.”

When questioned by Piers Morgan on whether she believed Johnson was addressing the whole of the UK on Sunday night, she responded: “Boris Johnson is making decisions based on the evidence and data he sees in England.

‘If you live in Scotland you should, with the greatest respect, take your advice from the Scottish Government and listen to what I’m saying.’

“If you live in Scotland you should, with the greatest respect, take your advice from the Scottish Government and listen to what I’m saying.

“If you live in Wales, you should listen to the First Minister of Wales.

“And in England, to the Prime Minister.

“That is the situation and we have to make it as clear as possible.”

She added: “I think every leader, including the PM, has an obligation to be very clear in the messaging they’re giving.

“I’ve been very clear – I think stay alert is very vague compared to stay at home.”

Speaking in the House of Commons later on Monday, the Prime Minister said divergence across the UK on lockdown measures should only be short-term.

Johnson said: “Different parts of the UK may need to stay in full lockdown longer but any divergence should only be short-term because as Prime Minister of the UK, I am in no doubt that we must defeat this threat and face the challenge of recovery together.”

On Sunday, Sturgeon had stressed the “stay at home” message remains in place in Scotland despite Johnson announcing his “conditional plan” to reopen society.

All leaders of all the devolved governments – Scotland, Wales and Northern Ireland – refused to adopt the UK Government’s new “stay alert” message to the public in England.

The FM confirmed Scots would be allowed to exercise outdoors as many times a day as they like from Monday, as Johnson announced will be the case in England from Wednesday.

Speaking after Johnson’s address on Sunday, she stressed: “With the exception of Boris Johnson’s comments about border control, pretty much everything he said in his statement applied to England.”