Sturgeon: ‘Restrictions are working as we learn to live with Covid’

First Minister hopes there are signs the spread of Omicron is starting to slow in Scotland. 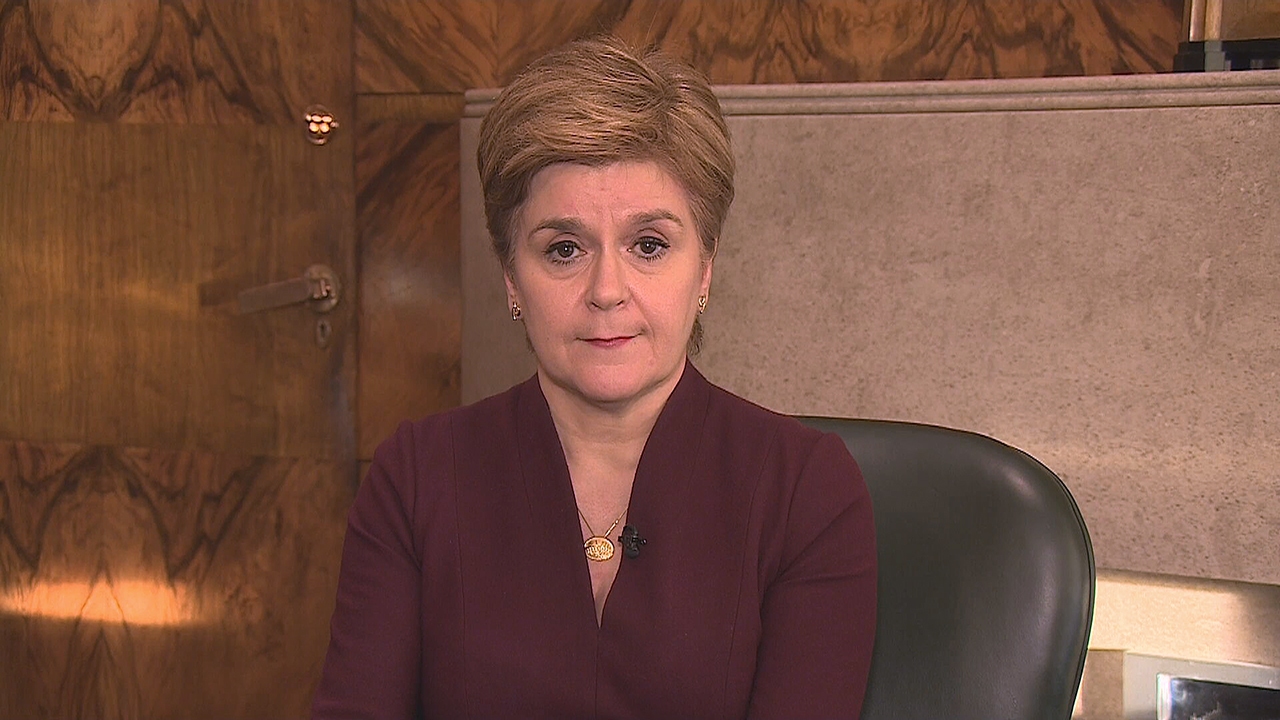 First Minister Nicola Sturgeon has spoken of “learning to live with Covid” and said she hoped the Omicron situation was improving.

Sturgeon said limits on people gathering were making a difference as she prepares to give an update on the current restrictions to parliament on Tuesday.

In an interview with STV current affairs show Scotland Tonight ahead of the review, she suggested the Scottish Government was planning for a long-term shift away from extensive curbs.

“Sometimes when you hear people talk about learning to live with Covid, what seems to be suggested is that one morning we’ll wake up and not have to worry about it anymore, and not have to do anything to try to contain and control it,” Sturgeon said.

“That’s not what I mean when I say ‘learning to live with it’. Instead, we will have to ask ourselves what adaptations to pre-pandemic life – face coverings, for example – might be required in the longer-term to enable us to live with it with far fewer protective measures.”

Sturgeon also said that the health service would need to be managed differently to cope with Covid in the long term, with more patients treated outside hospitals.

“We need to think afresh the appropriate capacities for health services, and also how we treat people,” she said.

“One of the things that we’ve been looking at recently is different patient pathways for people with Covid, to enable people to be treated at home.

“Covid will change all of our considerations of how we manage our health service, and that will be part of the way in which we all learn to live with it over the months and years to come.”

Almost 12,000 more cases were recorded in Scotland on Monday, but while lower than recent days, changes to when PCR tests are carried out prevent direct comparison.

Current restrictions include indoor gatherings being limited to 100 people, while a maximum of 500 are allowed at outdoor events, such as football matches.

Premiership clubs are hoping the curbs are lifted before the top-flight action resumes following the winter break on Monday, January 17.

The First Minister said there were signs that the spread of the Omicron variant was starting to slow.

Sturgeon said: “We are still in a very challenging situation with Omicron as many, many countries across the world are. That challenge is particularly acute for the National Health Service.

“But I would say that, but for the protective measures we introduced before Christmas and but for the very responsible behaviour of the public, I think we would be in an even more challenging situation right now.

“Some of our projections pre-Christmas have not quite come to pass because we’ve managed to mitigate to some extent what the Omicron wave would otherwise have presented for us.”

Ahead of the update on Tuesday, the Scottish Conservative leader Douglas Ross said Scots “need to see some light at the end of the tunnel”.

He said: “It’s time for the First Minister to produce a timetable on the new strategic framework that she promised.

“People want reassurance that restrictions won’t stay in force for a moment longer than absolutely necessary.

“After almost two years of sacrifice, the public need to see a bold timetable from the Scottish Government that will enable us to live safely with Covid.”

I think what was most interesting was a change in language – we’ve heard a lot from UK Government ministers about having to “learn to live with Covid” – but this is the first time we’ve really started to hear it from the Scottish Government.

I’ve heard it in conversation from a few ministers today and in that interview for Scotland Tonight, you hear it from the FM herself.

I don’t think we should expect any big changes on Tuesday – the restrictions are due to be reviewed next week and I think the FM will signal plans to start lifting them, starting with outdoor crowds, mainly at football and rugby matches.

Limited to 500 just now, I think that will be removed first – the exact timing will be up to cabinet to decide.

I think indoor restrictions, such as table service in hospitality, will take longer to go, but there is a bit more positivity coming from the Scottish Government – they are pretty sure the booster campaign made a difference, but they are still worried about hospital numbers and they are looking at treating more Covid patients at home.

Watch the full interview on STV and the STV Player from 10.40pm on Monday, January 10.