Sturgeon: Quick sacking of Calderwood ‘may have been easier’

The First Minister said it became clear on Sunday night that chief medical officer Dr Catherine Calderwood had to go. 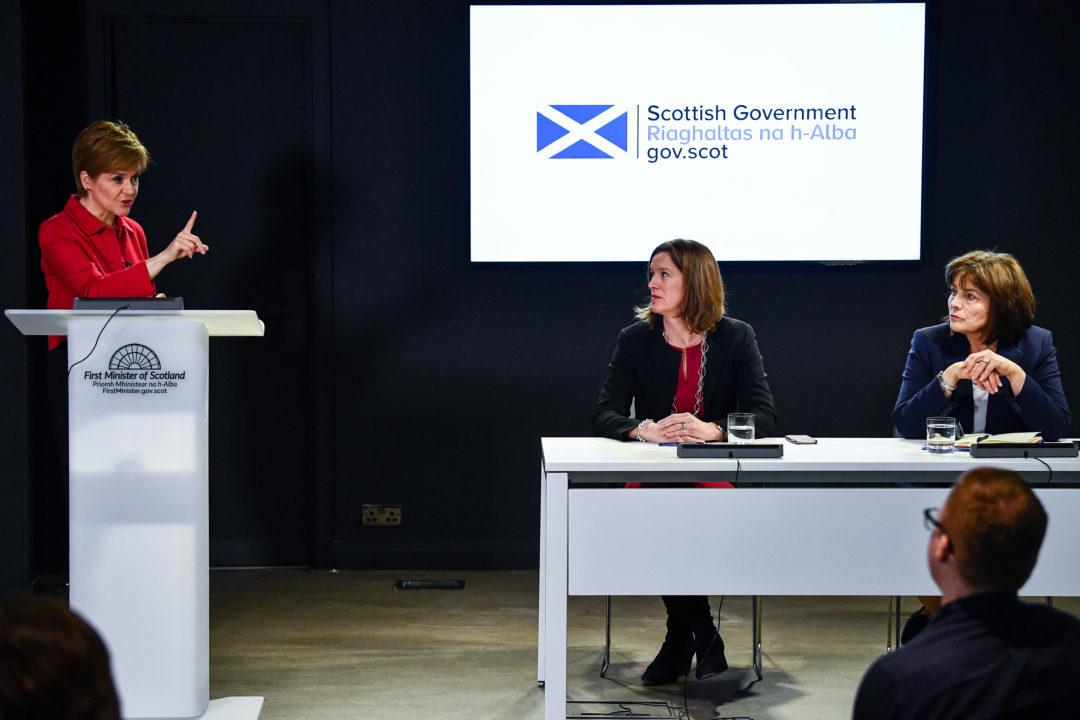 Nicola Sturgeon has said it “may have been easier” to sack Scotland’s chief medical officer (CMO) immediately after it emerged she had not been adhering to social distancing advice.

Dr Catherine Calderwood apologised and was backed by the First Minister to remain in the role, despite twice recently visiting her second home in Fife.

However, after further conversations with Sturgeon, Dr Calderwood said on Sunday night that she had resigned “with a heavy heart”.

Sturgeon was questioned on Good Morning Britain on STV about why Dr Calderwood was not sacked immediately.

She said: “It may have been easier for me to have done that.

“All I can do is set out the good faith in which I’m trying to take the judgment that I am taking, not just on this but on a whole range of things.”

The First Minister added: “I did hope that I could continue to call on her advice and expertise because at this point in dealing with the pandemic continuity of advice – she’s somebody who’s been immersed in this from the very outset – was important.

“My view then, my view now is that it is far from ideal to have lost (her) at this stage but by last night it became very clear to me that whatever the risk of that was – and I think that was and is a risk – was outweighed by our message being crowded out and undermined.

“All that I’m interested in right now is trying to do the things that best equip me as First Minister to steer the country through this virus and I think continuity of her advice was important in that.”

Dr Calderwood initially apologised after photos of herself and her family near a coastal retreat in Earlsferry were published in the Scottish Sun on Saturday.

The 51-year-old, who was issued with a police warning over her conduct, told the briefing at the Scottish Government headquarters in Edinburgh on Sunday that she had also visited the property in Fife last weekend with her husband.

She will now work with her team “over the next few days to ensure a smooth transition” to her successor, who Scottish health secretary Jeane Freeman told Good Morning Scotland on Monday would be deputy medical officer Dr Gregor Smith.

In her statement, Dr Calderwood said: “I am deeply sorry for my actions and the mistakes I have made.

“The most important thing to me now and over the next few very difficult months is that people across Scotland know what they need to do to reduce the spread of this virus and that means they must have complete trust in those who give them advice.”

Earlier on Sunday evening, Sturgeon confirmed that Dr Calderwood was withdrawing from the daily updates and would also no longer feature in the Scottish Government’s advertising campaign.