The FM said governments should not be 'complacent' about the threat of nations meddling in their affairs. 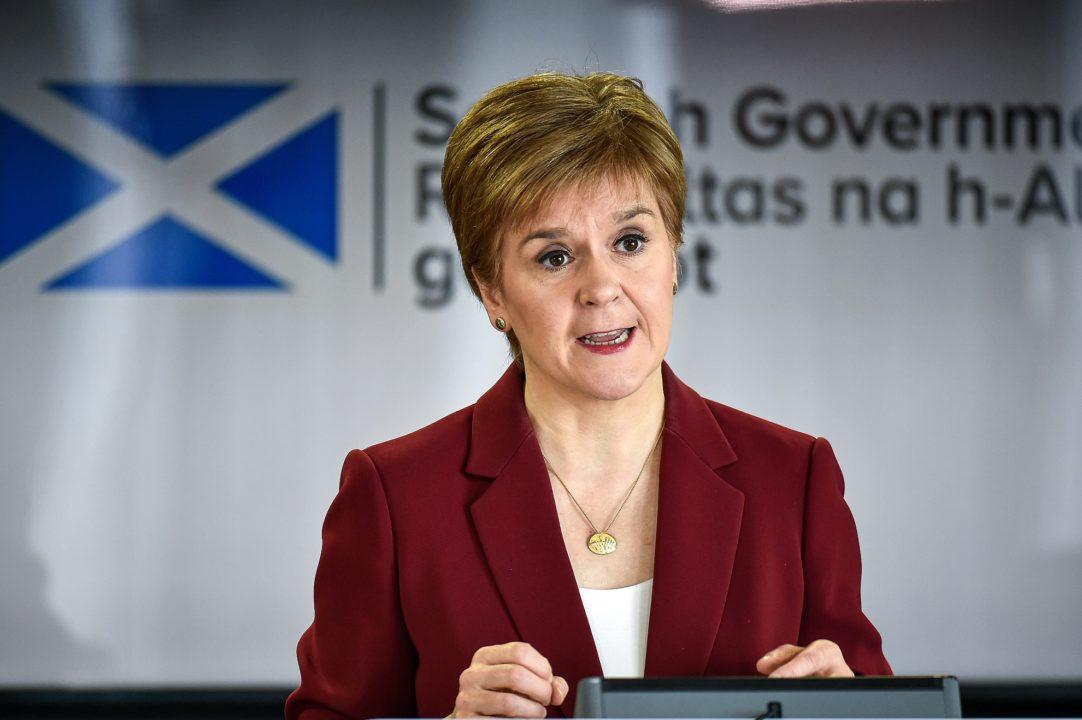 The First Minister says she has “no objection” to an inquiry being launched into Russian interference in the 2014 Scottish independence referendum.

Nicola Sturgeon said governments should not be “complacent” about other countries meddling in their democratic processes following the publication of the long-awaited Russia Report.

The heavily redacted report by Westminster’s Intelligence and Security Committee (ISC) was delayed for months by UK ministers and was meant to be published before last year’s general election.

The report stated there is “credible open source commentary” suggesting Russia used influence campaigns during the independence referendum in 2014.

Evidence of the claims in the report were redacted by the committee.

Sturgeon clarified that as intelligence and security is a devolved matter, it will be for the UK Government to undertake an investigation.

She said: “If there’s to be an inquiry into that – and I would have no objections, to the contrary – it is for the UK Government to do.”

The First Minister said she hopes the report will lead to a “much more rigorous approach” by the UK Government in dealing with interference, suggesting it may been guilty of past “negligence”.

During a press conference after the publication of the report, SNP MP and ISC member Stewart Hosie said another Westminster committee recommended the UK Government look into interference in 2014.

He said: “It wasn’t the case the (UK) Government weren’t told that they should be looking at this.

“The Culture, Media and Sport Select Committee called on the government to launch an investigation into foreign influence, disinformation funding, voter manipulation and the sharing of data in relation to the Scottish independence referendum…

“The government were told by a select committee of the House to undertake precisely the work that would have identified the scale and scope of this threat.”

Fellow ISC member Kevan Jones said: “All the evidence was there from the Scottish referendum.

“Short of a large van outside Downing Street with a billboard on it saying ‘this is what was going on’ what more did the government need?

“It does raise the question why the decision was taken not to look at the referendum?”

The ISC report found Russian influence in UK politics and business has become a “new normal”, with Russian oligarchs often close to Vladimir Putin welcomed into the country “with open arms”.

The report said Britain was one of Russia’s “top targets” in the West when it came to practices such as disinformation and cyber attacks, as well using the City of London to launder illicit money.

It added that politicians and leaders in the UK “took their eye off the ball” when it came to countering the security threat posed by the Kremlin.

The committee said they did not have enough information to conclude whether or not Russian state actors sought to interfere in the 2016 Brexit vote.

Hosie said “no one in government knew” if Russia sought to influence the Brexit referendum and “actively avoided any effort” to investigate the matter.

The 2014 referendum is mentioned in just one passage of the report and in a further two footnotes, leading Sturgeon to question what can be gleaned from the findings.

She told Tuesday’s briefing: “I don’t think you can draw any conclusions from the three lines or thereabouts that the report has on the Scottish independence referendum.”

The First Minister added she does not think her values, along with those of the SNP and the wider independence movement “could be further removed from the values that Vladimir Putin and the Russian regime stand for”.

The party’s shadow constitution secretary Murdo Fraser said: “Given how Scotland and the independence referendum is at the centre of these allegations, it’s essential the Scottish Government orders an inquiry on the matter.

“People will be very suspicious that the Yes campaign’s most dominant figure ended up on the Russian payroll after losing the referendum and over many years SNP figures have been more than happy to indulge questionable Russian media operations.

“It’s clear much work is to be done by both the Scottish and UK governments to ensure future interference is stamped out.”

Labour’s shadow Scottish secretary Ian Murray said: “It’s not surprising that Putin’s regime will seek to capitalise on anything which weakens the UK.

“The UK Government must now take steps to ensure we protect our democracy, and the Scottish Government must be transparent about what it knew and what measures it will take to protect the integrity of next year’s Holyrood election.

“We need a full inquiry in Scotland to ensure our democracy isn’t compromised by outside state actors.”

In a lengthy response to the Russia Report, Downing Street said it had seen no evidence of interference from Russia in the Brexit vote.

It denied it had underestimated the threat and said Russia remains a “top national security priority” for the UK Government.