Sturgeon: Johnson is doing my job for me on independence

The FM said the PM's refusal to grant indyref2 powers would 'drive support' for leaving the UK. 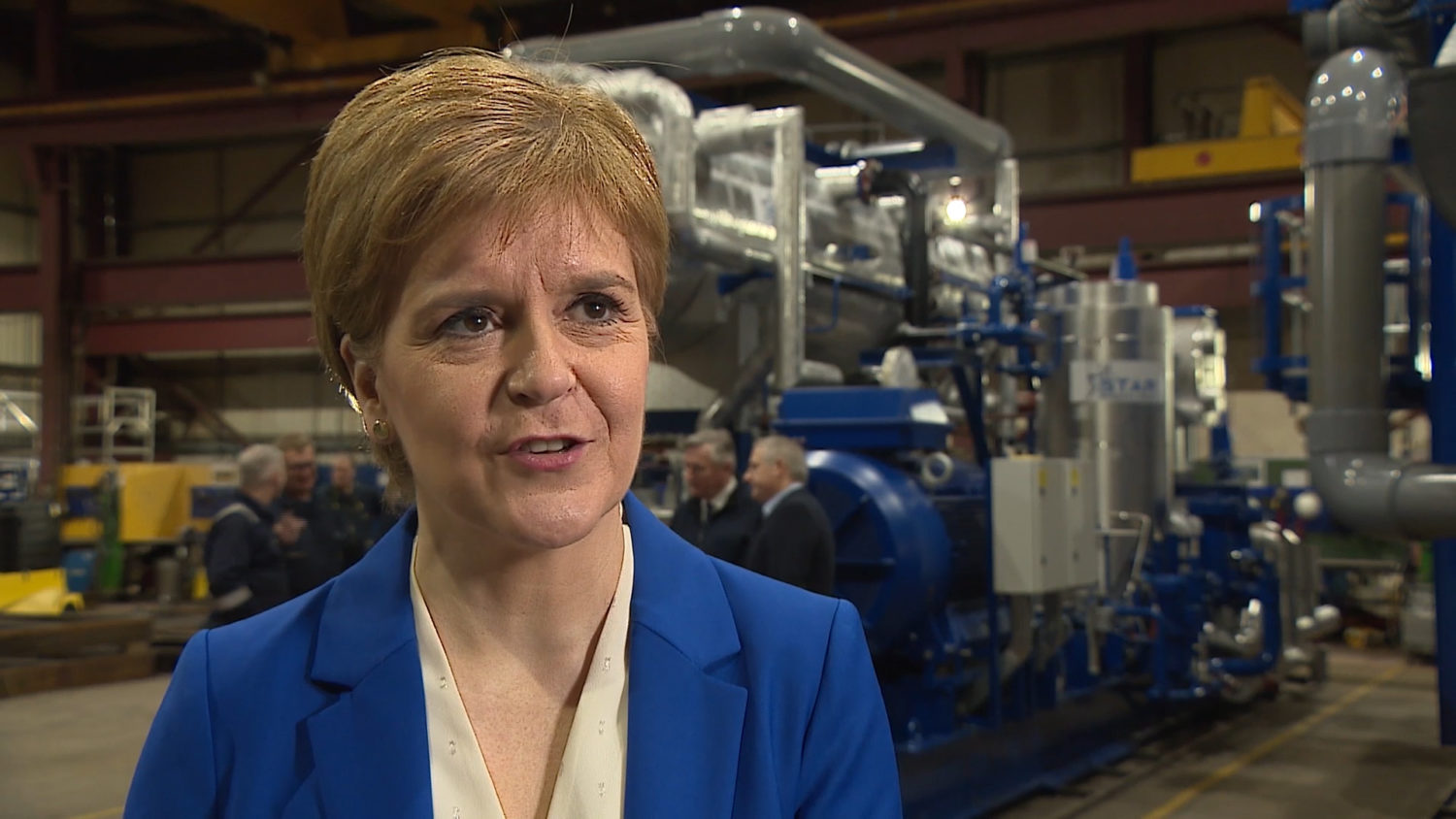 Nicola Sturgeon has said Boris Johnson is “doing my job for me” on building the case for independence after his refusal to grant powers to hold a second referendum.

The First Minister said the Prime Minister’s rejection of her Section 30 request would “drive” support for a new vote and “demonstrate the case for independence”.

She wants to hold a referendum in the latter half of 2020, while the UK is still expected to be in a standstill transition arrangement with the EU as part of the Brexit process.

Speaking to STV News on Wednesday, Sturgeon refused to accept Johnson’s letter declining a Section 30 order had made her referendum timetable less likely.

The First Minister said she will set out her plans later this month and give MSPs another vote on “Scotland’s right to choose” – ahead of the UK’s anticipated formal exit from the EU on January 31.

Writing to Sturgeon on Tuesday, the Prime Minister said he had “carefully considered” her government’s case for a transfer of powers to hold a referendum, which it published in a 38-page document in December.

But he said he would respect the 2014 vote as “once in a generation” – a vow he said Sturgeon and her predecessor Alex Salmond had made – and insisted another vote would “continue… political stagnation in Scotland”.

Johnson said: “The UK Government will continue to uphold the democratic decision of the Scottish people and the promise that you made to them.

“For that reason I cannot agree to any request for a transfer of power that would lead to further independence referendums.”

Sturgeon insisted his position “will not stand” and is anti-democracy after the SNP won 80% of Scottish seats in December’s general election.

“So in a sense, Boris Johnson right now is doing my job for me because he’s helping to build the case and actually demonstrate the case for independence.

“You only had to listen to Westminster ministers yesterday to really know beyond any doubt that they don’t see the UK and the Westminster union as a partnership of equals.

“They see it as one where they get to call the shots over Scotland and that’s not acceptable or sustainable.”

Asked if Johnson’s refusal to accept her request made a referendum this year unlikely, the First Minister replied: “No, my intention is to hold a referendum, to give people a choice.

“It’s up to people in Scotland then how they choose to vote – I believe they will choose to be independent – but to give that choice later this year.

“That’s the planning that we will continue to take forward.

“Therefore, having a process that is legitimate and accepted as legitimate is really important and I’ll continue to take forward my plans to make sure that’s what we have. “