Sturgeon: End of furlough will lead to wave of avoidable redundancies

The First Minister said it would be 'unconscionable' to allow that to happen and is calling for the scheme to be extended. 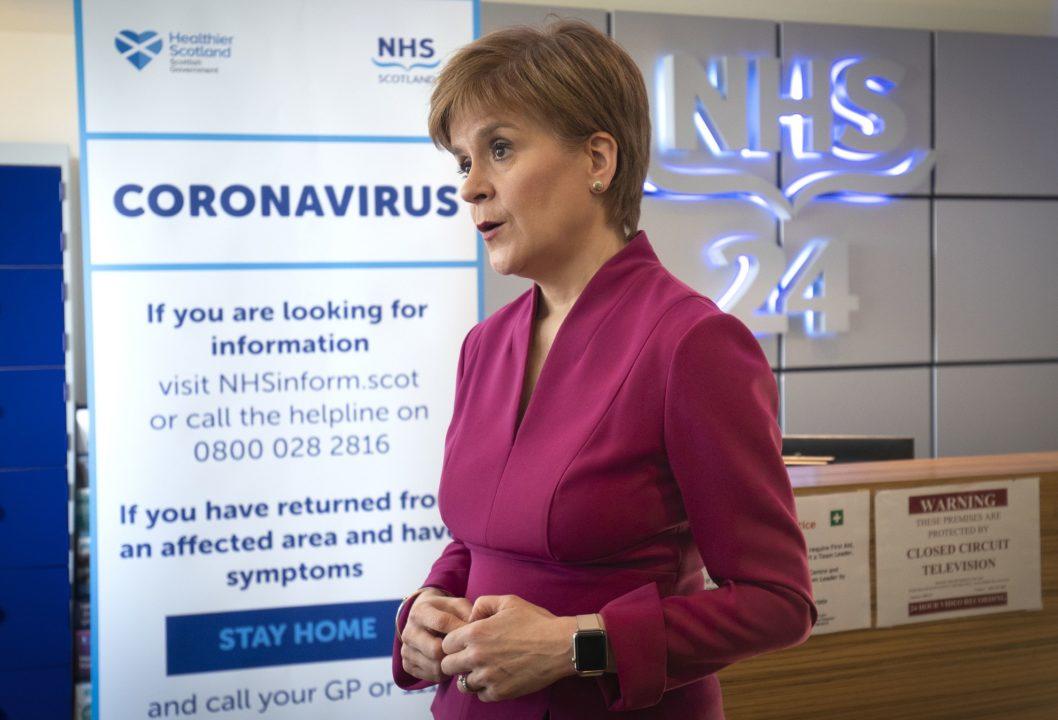 Ending the UK Government’s furlough scheme in October is “almost guaranteeing a wave of avoidable redundancies”, Nicola Sturgeon has warned.

The First Minister said it would be “unconscionable” to allow that to happen and is calling for the Job Retention Scheme to be extended for a further year.

Speaking at the Scottish Government’s daily Covid-19 briefing on Monday, Sturgeon said an extension would help the sectors hardest hit.

She said it was “essential” for the furlough scheme to continue.

Sturgeon stated: “Ending that at the end of October is almost guaranteeing a wave of avoidable redundancies, and I think it would be unconscionable to allow that to happen.

“So I think the furlough scheme should be extended, following the lead of countries like France and Germany, for a period of a further 12 months. And that is particularly important for sectors that have been hardest hit and have the longest path to recovery.”

On Tuesday, Sturgeon will reveal her own Programme for Government.

The First Minister dodged a question asking if a hardship fund for businesses would be included in her plans.

Ahead of her statement to MSPs, the First Minister said it was “important that we see the continuation of support for any areas that may require to have restrictions imposed again to try to keep outbreaks under control”.

Sturgeon said she would continue to talk to the UK Government.

She added: “We are in the position where our funding is finite because we don’t hold the borrowing powers that the UK Government holds.

“So we need to either look to them to deliver schemes that will result in consequential funding or give us additional borrowing powers so we can do more of that ourselves, and we will continue to take forward those discussions and I hope they will be constructively positive discussions.”

In response, a spokesperson for HM Treasury said by the time the furlough scheme ends, it will have helped to pay people’s wages for eight months – supporting 9.6 million jobs so far. It has also supported the income of 2.7 million self-employed people.

The spokesperson added: “We’ve been clear that that we can’t sustain this situation indefinitely. But the end of the furlough scheme is not the end of our support for jobs.

“Through our Plan for Jobs, we are protecting, creating and supporting jobs and ensuring people across the UK have fresh opportunities.

“For businesses that can successfully bring furloughed employees back to work, this includes a £1000 job retention bonus. We’re also creating new roles for young people and new incentives for training and apprenticeships.”