The FM said we shouldn't slip back into 'old and bad ways of doing things' as the economy recovers from Covid-19.

Employers should look into “embracing” a four-day working week as part of changes to the economy as the country eases out of lockdown, Nicola Sturgeon has said.

The First Minister was responding to a question from Scottish Labour leader Richard Leonard in the Scottish Parliament on how the economy could look after the coronavirus crisis.

Sturgeon said it is important not to slip into “old and bad ways of doing things” as the economy recovers, adding parents will have a “difficult balancing act” with childcare for some time.

She added: “That is one reason, not the only reason, why we need to look at different working patterns.

“Things like a four-day week are no longer things that we should just be talking about, these are things we should be encouraging employers to look at embracing, and there are a whole range of things that fall into that category.”

In response to the First Minister’s comments on Thursday, a Glasgow-based charity that moved to a four-day week in 2018 said it had led to many benefits.

Chief executive Andrew Bartlet said it had led to a better work-life balance for the organisation, consisting of around 90 employees and 100 volunteers.

He said: “In 2018, we became one of the first major organisations in Scotland to introduce a four-day working week, recognising the positive difference this would make.

“Absenteeism has reduced and productivity has increased as a result.

“Prior to lockdown, this created a more positive atmosphere in the office, with staff encouraged to share stories about the activities they enjoyed on their extra day off.

“As we move towards easing lockdown, we would certainly recommend a four-day working week to Scottish businesses.” 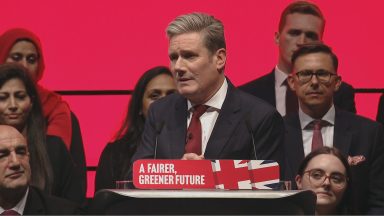 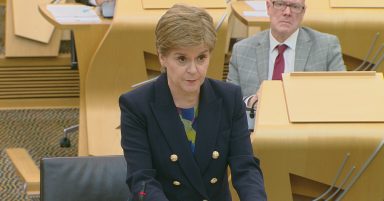 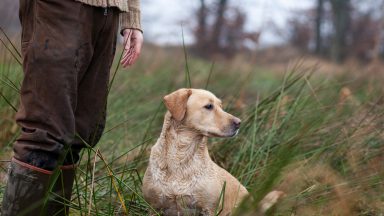 'Island communities struggling due to mismanagement of ferries'

Keir Starmer: 'No deal with the SNP under any circumstances'