Starmer: Future of Scotland is question for Scottish people

The Labour leader said the priority should be on recovering from the coronavirus pandemic. 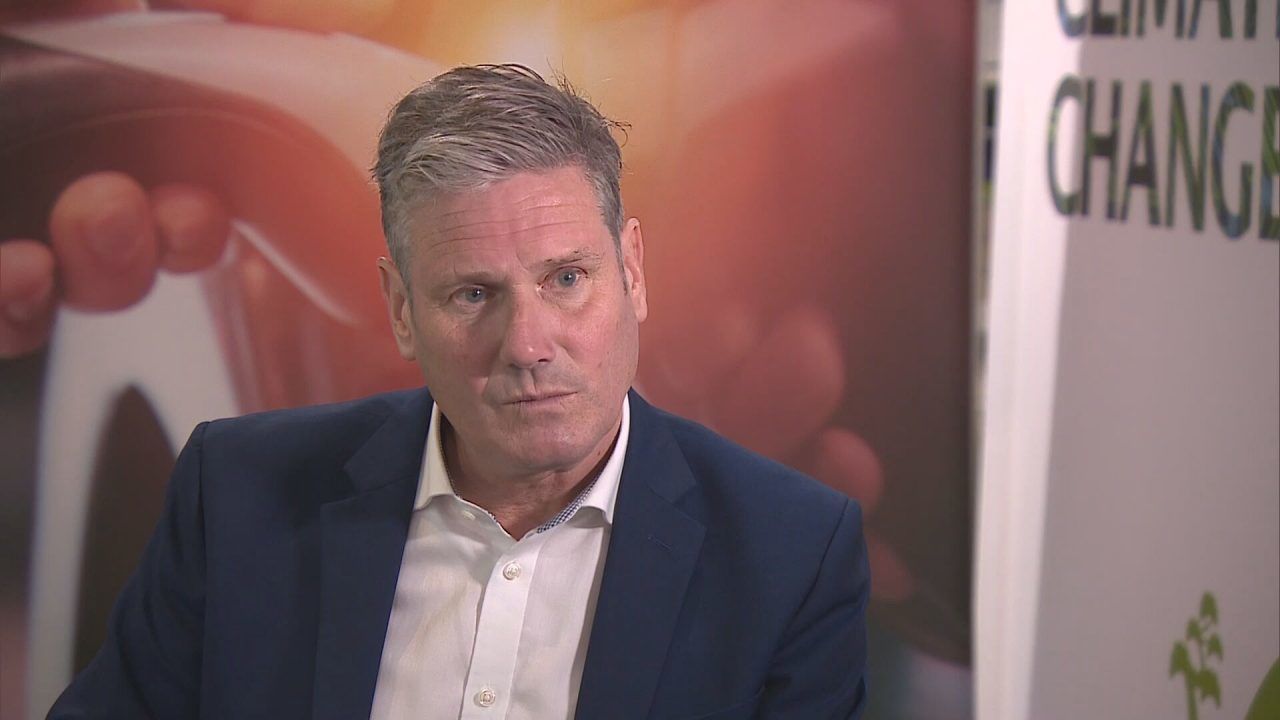 The future of Scotland is a question for the Scottish people, Labour leader Sir Keir Starmer has said.

However, he insisted that for the lifetime of the current Scottish Parliament, the focus should be on recovering from the coronavirus pandemic.

Sir Keir also dismissed suggestions that a UK Government could take the Scottish Government to court in order to strike down Holyrood legislation brought forward to hold an independence referendum.

“The priority has to be the recovery, that is uppermost in people’s minds.”

Speaking to STV News on the second day of his visit to Scotland, Sir Keir was asked whether he accepts that people in Scotland should not need Westminster’s permission to choose the government they want.

“It is a question for the people of Scotland. That isn’t a principle that any of us quarrel with,” he said.

“It has to be a matter for the people of Scotland, I don’t quarrel with that principle.

“What I am saying is that the priorities at the moment are the recovery from the pandemic.”

Sir Keir continued: “The priority has to be the recovery, that is uppermost in people’s minds.

“And it was only a few weeks ago that every party going into that election said it should be the priority.”

Asked whether the UK Parliament should have the right to veto a second referendum, he said: “Well, that’s the current arrangement in Westminster.”

He added: “Stepping back from that, the question about the future of Scotland, it’s obviously a question for the Scottish people.”

The Labour leader said that the constitutional question had diverted focus from the concerns facing people in their everyday lives.

Pressed on when an appropriate time would be for a referendum to be held, he responded: “When we have come through the recovery and started to grapple with some of the issues in relation to climate change.”

He continued: “For the lifetime of this Parliament, we should be concentrating on the recovery.

“But I am frustrated that there is a burning issue, which is what is the future of those communities and those jobs in the north east of Scotland and nobody is addressing that.

“The SNP promised thousands of jobs in the wind sector, they’ve delivered about one in 20.

“And the constitutional issue is a way of diverting focus from some of the very real concerns that we have here in Scotland that affect people in their everyday lives and affect probably the next generation of jobs in places like the north east of Scotland.”

The Labour leader insisted that politics should be kept out of the courts when asked about a potential for a legal challenge to any future referendum legislation.

“I have never thought that politics should involve going to court,” he said.

“I think politics should be kept out of the courts, and I say that as a former lawyer.

“Politics should be fought in the political arena and I’m sure that’s where in the end it will be fought.”