The Scottish Greens provided a pro-independence majority in the 2021 Holyrood elections. 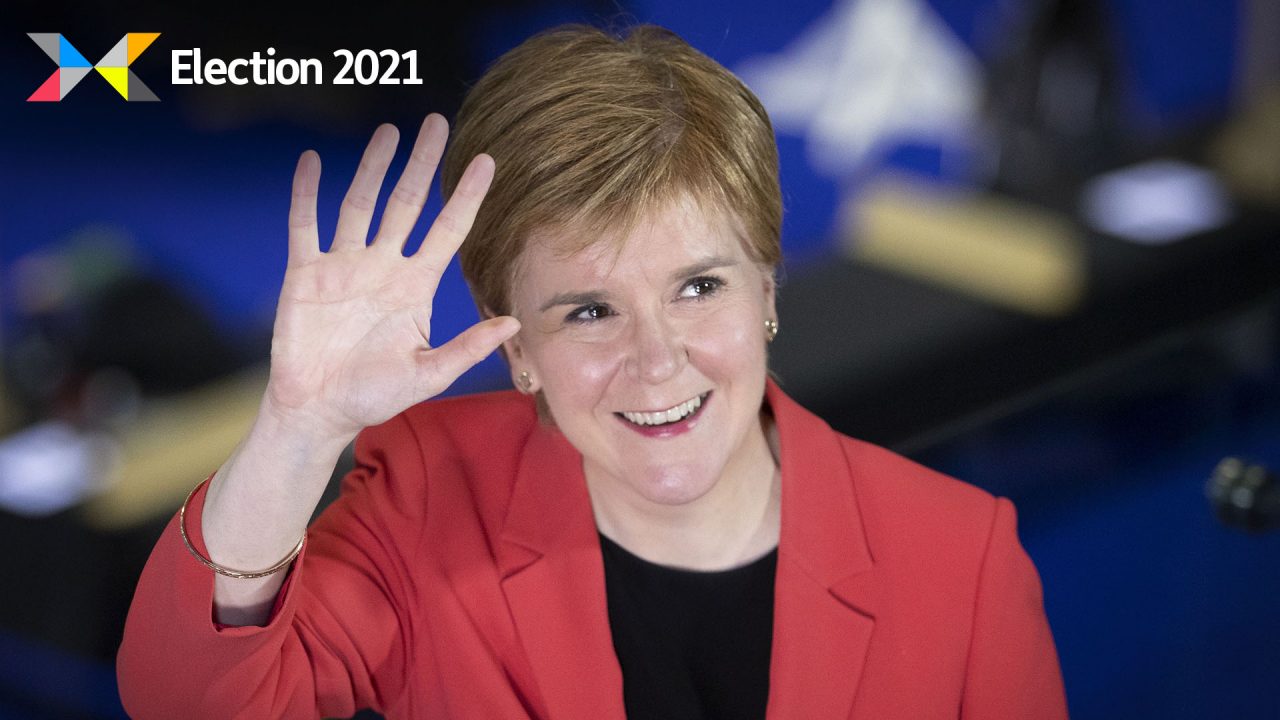 The SNP has won an emphatic victory in the Holyrood elections, but did not gain an overall majority.

Nicola Sturgeon’s party took 64 seats in Thursday’s vote – 62 in constituencies and one on the Highlands and Islands and another in the South Scotland regional list – one shy of a majority but well ahead of the Tories on 31 seats.

With the failure to return 65 MSPs, the case for another independence referendum is weakened, but the Scottish Greens provide an overall pro-independence majority of 72 seats.

In a televised victory speech, Sturgeon said another vote was “the will of the country”, adding: “It is a commitment made to the people by a majority of the MSPs have been elected to our national parliament.

“It is the will of the country.

“Given that outcome, there is simply no democratic justification whatsoever for Boris Johnson or anyone else seeking to block the right of the people of Scotland to choose our future.”

If the request is rejected, Sturgeon said, “it will demonstrate conclusively that the UK is not a partnership of equals and that – astonishingly – Westminster no longer sees the UK as a voluntary union of nations”.

She added: “That in itself would be a very powerful argument for independence.”

The SNP also boasted a historic return in Glasgow Kelvin, after Kaukab Stewart became the first woman of colour to be elected to Holyrood in its 22 year history.

The First Minister said she was “thrilled” with Ms Stewart’s win, and Scottish Labour leader Anas Sarwar also congratulated her on claiming the seat vacated by the retiring Sandra White.

The Scottish Conservatives have matched their best ever result at a Scottish Parliament election as new leader Douglas Ross maintained the 31-seat total won in 2016.

The party picked up two seats on the regional lists, offsetting the loss of two constituencies.

Ross, who took over the party in August last year, said he will not “shy away” from fighting SNP plans for an independence referendum in the new parliamentary term.

He will re-enter Holyrood on the Highlands and Islands regional list as his party upped its number of MSPs in the area.

“The fact that they put it front and centre of their election manifesto meant that I was going to respond to that.

The Scottish Greens’ co-leader Lorna Slater said her party will have “greater influence in Holyrood than ever before” following the party’s best election performance.

Slater said the SNP falling short of an overall majority and the Scottish Greens’ returning eight MSPs was a “good thing for Scotland” because her party offered “positive, practical policies” for the country.

Scottish Labour leader Anas Sarwar has pledged to form a “credible alternative” to the SNP in the next five years, despite the party’s worst performance north of the border since devolution.

The party returned 22 MSPs, down from 24 in 2016, but the head of the party – himself only in post for 10 weeks – managed to counter polls which had them falling even further.

He said: “We’re on a journey to build a credible alternative to the SNP.

“Not just oppose the SNP, but to build a credible alternative. And that job doesn’t stop with this election campaign.

“I think even my harshest critics would accept we have run an energetic and enthusiastic campaign, we got Labour back on the pitch.

“That is something for us to build on for the next five years.”

Former first minister Alex Salmond has insisted his new Alba Party is “here to stay”, despite his failure to be re-elected to Holyrood.

The one-time SNP leader had stood for Alba on the regional list in the North East of Scotland, but his attempted Holyrood comeback was ultimately unsuccessful.

However, he insisted that the new party – which supports independence and had hoped to help win a “supermajority” for this in the Scottish Parliament – had now “established itself as a political force with which to be reckoned”.