The SNP Westminster leader said he 'ain't a quitter' after announcing he was leaving the position to take up a new role in the party. 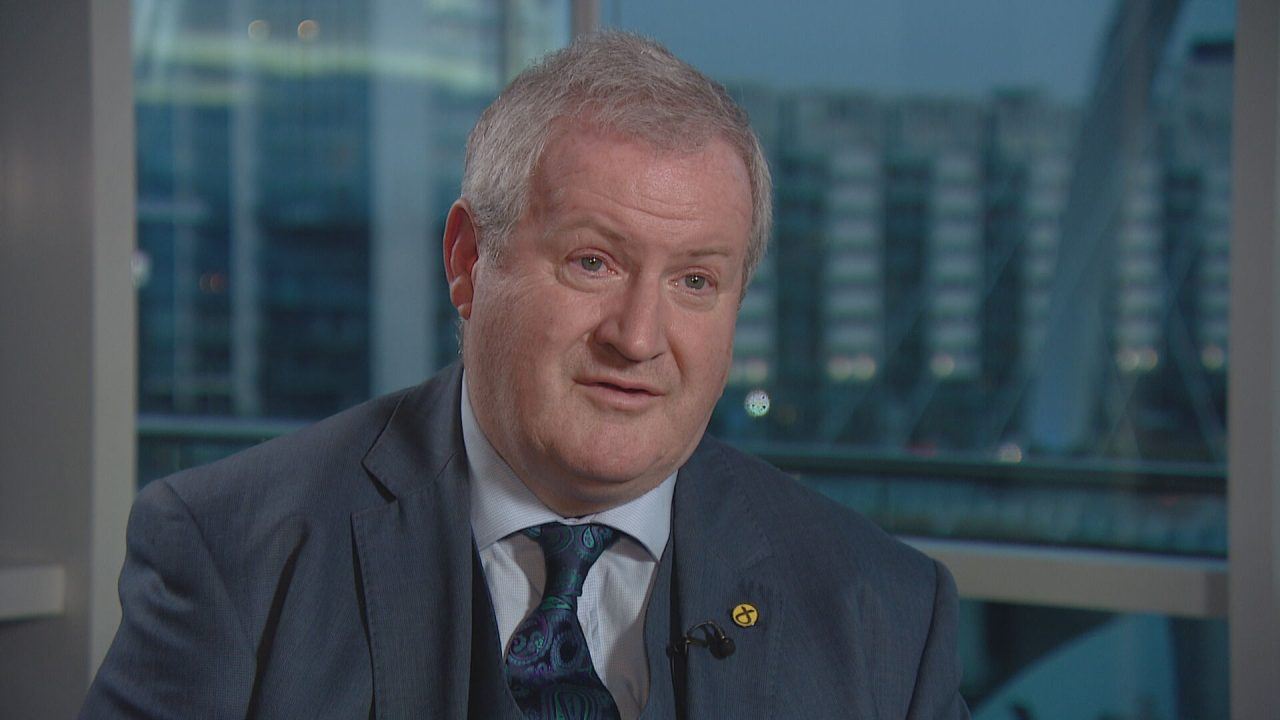 Ian Blackford has denied “losing the respect of his colleagues” was behind the decision to stand down as SNP group leader at Westminster.

The Ross, Skye and Lochaber MP will take on a new role helping to build the business case for Scottish independence after announcing the decision to stand aside as Commons spokesman at the party’s AGM on Tuesday.

Energy spokesman Stephen Flynn is expected to take up the position weeks after denying a leadership challenge at the meeting.

But Blackford insisted he was not “floating back to his humble croft” just yet and insisted he will remain an active voice in the party as part of the role created by First Minister Nicola Sturgeon.

“What I’m going to be doing is working with colleagues and working with the FM to build the business case for independence, that’s my job over the next couple of years.

“This is about making sure that we’ve got a plan to take the party and the group forward for independence. I’m delighted the FM has asked me to take up that ambassadorial role to the business community.”

Blackford became the SNP’s Wesminter leader in 2017 after his predecessor Angus Robertson lost his Moray seat to Douglas Ross of the Scottish Conservatives.

As leader of the third largest party in Parliament, Blackford has had a weekly slot at Prime Minister’s Questions which he has used to quiz Conservative prime ministers Theresa May, Boris Johnson, Liz Truss, and Rishi Sunak.

He butted heads with the current Prime Minister on the outcome of the Supreme Court ruling on a second Scottish independence referendum last week and accused Westminster of “removing the principle of consent” over Scotland’s right to host the vote.

However, the announcement comes just weeks after an attempt to oust the Westminster leader was reportedly quashed.

In November, The Times reported that senior figures from the party had stepped in to quell a planned uprising – something that both Blackford and Flynn had denied.

Scottish Conservative leader Douglas Ross said his departure was proof of “turmoil” within the party.

“Few people will forget that Ian Blackford presided over the SNP group at Westminster when one of their MPs, Patrick Grady, was accused of serious issues, sexual misconduct by an SNP staffer.

“Ian Blackford preffered to stand by his MP rather than the victim in that case. That’s something that appalled many, many people, rightly. Yet, Ian Blackford survived that clearly.

“Just a week ago, he was telling us everything was fine and he was going to continue as SNP leader. So there is turmoil within the SNP.

“That’s very clear from the biggest rebellion that we’ve ever had here in the Scottish Parliament from SNP MSPs. And now clearly in the Westminster group they have got rid of a leader and it will be very interesting to see who they pick as Ian Blackford’s successor.”

But Blackford said there was “strength of unity” among the Westminster group, adding the party was fully committed to pushing towards the “de facto” referendum at the next general election.

“I have been the leader of the SNP for the last five and a half years,” he said.

“I put myself up for election every year. I have commanded their respect and I believe I absolutely have the respect of my colleagues in the Westminster group as I have done and will do so in the role I have now going to play supporting all of them and supporting the journey towards independence.”

Sturgeon paid tribute to Blackford’s “incredibly outstanding” contribution during his tenure but refused to be drawn on a potential successor.

“It’s up to the group now of course, to consider who that is.”