Blackford has called the video 'damning' and says the PM has a lot to answer for. 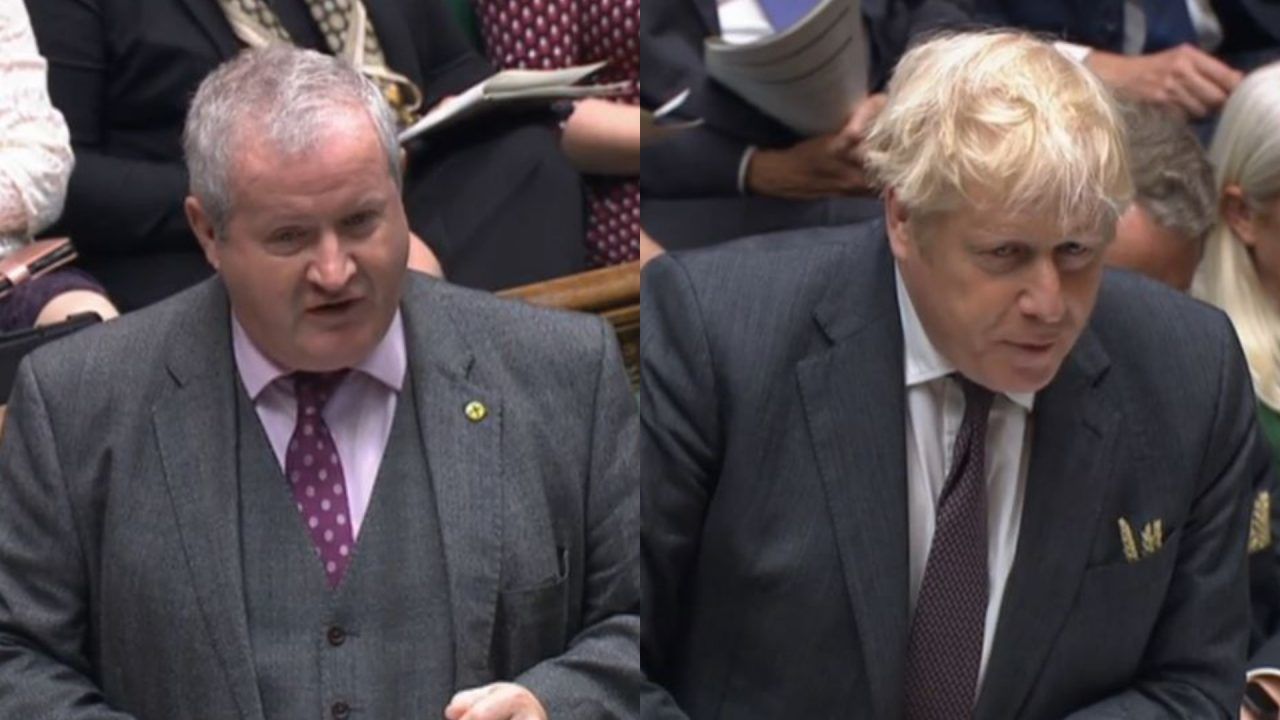 The SNP’s Westminster leader has called for Boris Johnson to “remove himself from office immediately” over a video showing senior Downing Street staff members joke about Number 10 hosting a Christmas party last year.

Ian Blackford has called the video “damning” and said it leaves the Prime Minister with “a lot to answer for”.

The video, leaked to ITV News, show staff members joking about holding a party in Number 10 just four days after the event is alleged to have taken place on December 18 2020.

The PM’s then spokesperson Allegra Stratton can be heard remarking that there was “definitely no social distancing”.

Commenting on the video on Tuesday Blackford said: “This video is damning and leaves the Prime Minister with a lot to answer for.

“When every individual up and down the country was told to stay at home in order to protect the NHS, the Tories were instead having a Christmas party which, as a senior staff member has now confirmed, was “not socially distanced”.

“If this is true, then the Prime Minister’s position is untenable and he must remove himself from office immediately.”

The recording is of a rehearsal on December 22 for Downing Street’s proposed daily TV media briefings, which Stratton was set to front before they were later abandoned.

Most of the UK, including London, was under Tier 3 of coronavirus restrictions at the time meaning parties were banned.

Since allegations that 40-50 people attended the party were first made the PM and senior ministers have denied that any rules were broken.

It has not been suggested that Johnson attended the event.