Sharma: ‘Can-do spirit’ needed to get COP26 deal over line

Countries are discussing the latest version of texts on climate action at the summit in Glasgow. 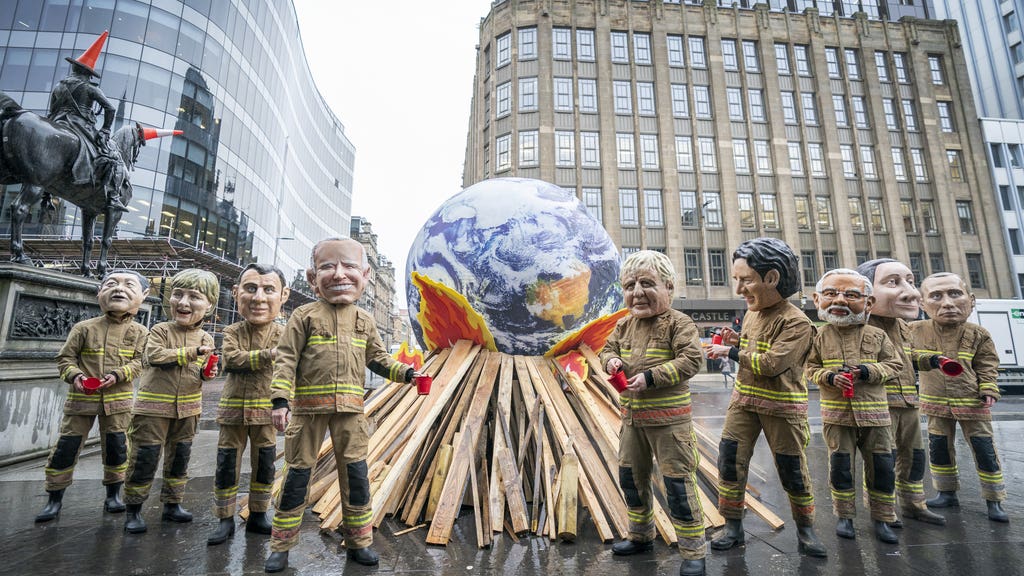 Alok Sharma has called on countries for a “final injection of that can-do spirit” they have had at COP26 to get a deal in Glasgow over the line.

The COP26 president was speaking after a new draft of the overarching deal that could be agreed at the climate talks was published on Friday morning.

The latest version of the “cover decision” has weakened language on fossil fuels but has kept them in the text, added more on finance for poorer countries to adapt with climate change, and included a request for all nations to strengthen their plans for cutting emissions up to 2030 by the end of next year.

There are also drafts to finalise the “Paris rulebook”, including on creating carbon markets and delivering transparency to help assess what countries are doing, to make the Paris climate accord operational and effective.

Addressing the climate summit on Friday afternoon, Sharma said: “This is our collective moment in history, this is our chance to forge a cleaner, healthier, more prosperous world.

“This is our time to deliver on the high ambition set by our leaders at the start of this summit. We must rise to the occasion.”

Sharma said that despite “extensive discussions”, some key disagreements remained over the COP26 draft as he called for “pragmatic and workable solutions”.

Addressing an informal stocktaking plenary, he said: “We have come a long way over the past two weeks and now we need that final injection of that can-do spirit which is present at this COP so that we get this shared endeavour over the line.”

In the plenary, countries lined up to express their views, including calls to keep the target of limiting global warming 1.5C within reach and more ambitious action from big emitters, a stronger push from phasing out coal and subsidies for fossil fuels, and finance for poor nations.

In the Paris Agreement in 2015, countries committed to limit temperature rises to “well below” 2C and try to limit them to 1.5C – beyond which the worst impacts of climate change will be felt.

Scientists have warned that keeping temperature rises to 1.5C requires global emissions to be cut by 45% by 2030, and to zero overall by mid-century.

But despite countries being required to update their action plans, known as nationally determined contributions, for emissions cuts up to 2030 in the run-up to Glasgow, the latest pledges leave the world well off track to meet the goal.

Therefore, countries are under pressure to come up with a deal in Glasgow that will see them rapidly increase their ambition for emission cuts in the 2020s to stop the 1.5C goal slipping out of reach.

The new version of the text “requests” countries to revisit and strengthen their plans for 2030 within the next year in line with the Paris temperature goal.

This compares with the previous version which “urges” them to do so, in what is a strengthening of the language by making it more of a direction.

Sharma has been clear there are no efforts to renegotiate the Paris Agreement – which means that both the “well below” 2C and 1.5C targets are still both included in the Paris goal – though he has also said a key aim of Glasgow is about keeping the 1.5C goal within reach.

In the wake of the new draft, shadow business secretary Ed Miliband warned the 1.5C goal “was in mortal peril”, and called for the UK to force the pace over the next year to talks in Egypt in 2022.

Providing finance for developing countries to develop cleanly, adapt to the impacts of climate change and address the loss and damage to people, livelihoods, land and infrastructure already being hit by increasing weather extremes and rising seas is also key to securing a deal in Glasgow.