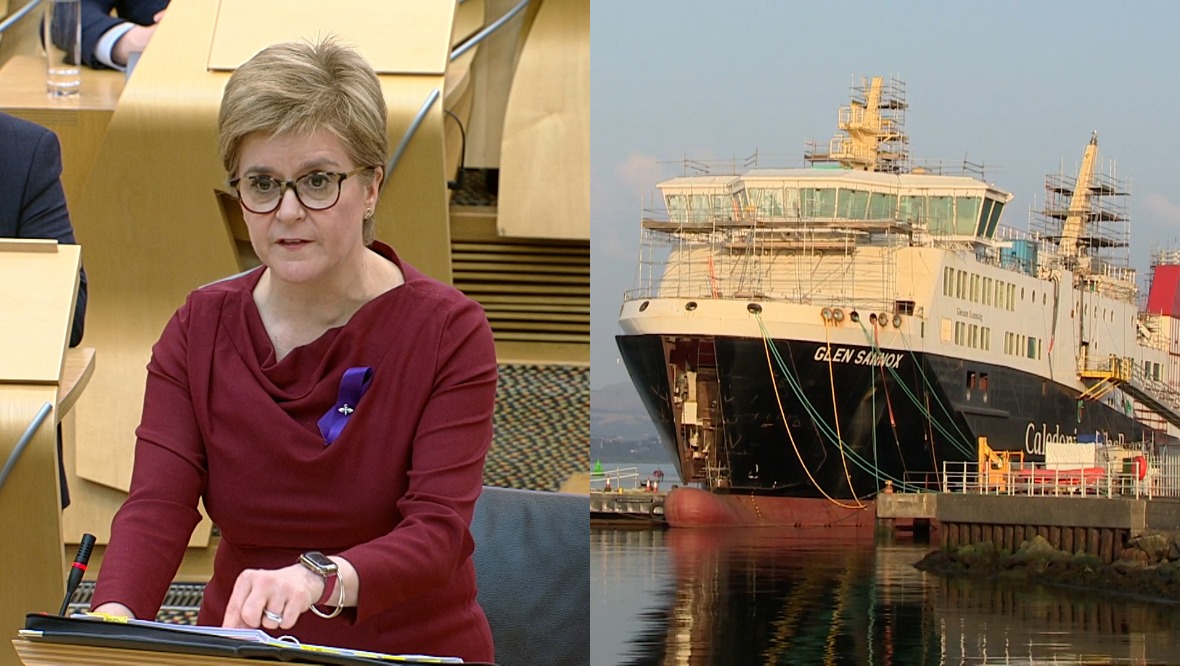 Nicola Sturgeon has insisted the Scottish Government will “learn lessons” from the delays and overspends of two ferries at a state-owned shipyard.

It comes after a scathing report from Audit Scotland claimed the cost could run to two-and-a-half times the original £97m price tag.

Ferguson Marine was awarded the contract for two vessels in 2015, but recent cost estimates have put the price of the ferries at more than £240m.

But the original agreement was made without a refund guarantee that would protect public money – and the report said there was no paper trail explaining why the contract was signed off without the clause in place.

On Thursday, the row once again dominated First Minister’s Questions at Holyrood.

Raising the issue, Scottish Conservative leader Douglas Ross said: “Nicola Sturgeon’s whole claim here, even after she’s lost £250m without building a single ferry, is that the deal was the best option available.

“First Minister, are you seriously saying that you would sign the same deal all over again?”

The FM said there is “deep regret” that the vessels are not in service on island routes, adding that “lessons will be learned” as a result.

She responded: “We will learn the lessons from this.

“I’ve said several times today, I deeply regret the experience of this and I’m standing here and taking, as I did last week, full responsibility for that.

“But my focus, the government’s focus is on learning the lessons and securing the future of that shipyard.”

Last week, a former shipbuilding adviser to the Scottish Government suggested that the final cost of hulls 801, now known as Glen Sannox, and 802 could rise much further.

Luke van Beek told The Times newspaper that the eventual cost could be as much as £400m.

Ross urged Sturgeon to guarantee the Scottish public the price would not rise that far.

But the First Minister rejected the estimates, saying: “I simply don’t recognise those numbers.

She added: “Our focus now is on ensuring these ferries are completed in the interest of our island communities and also on ensuring that Ferguson shipyard, and all those who work in it, have a bright future.

“We will learn lessons from this – I’ve said several times today I deeply regret the experience of this.”