Angus Robertson indicated the Scottish Government will continue to seek a Section 30 Order. 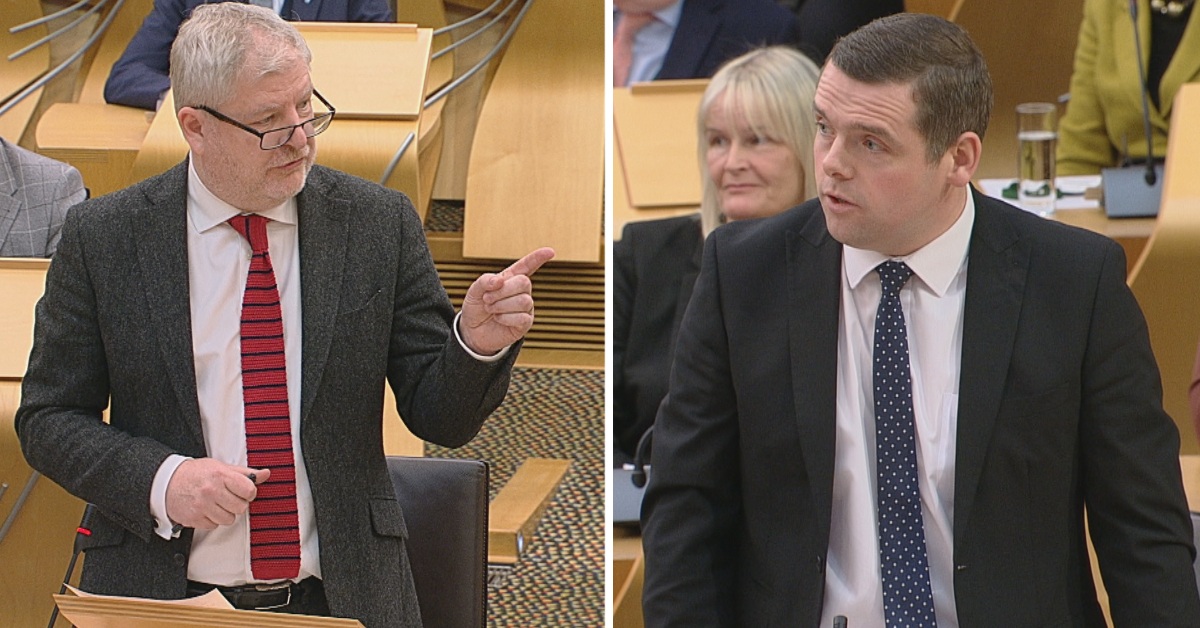 Scotland’s constitution secretary has claimed that “nothing has changed” after the Supreme Court ruled that Holyrood does not have the power to hold an independence referendum.

Angus Robertson indicated that the position of the Scottish Government is the same as the one set out by First Minister Nicola Sturgeon back in June this year.

The SNP leader had pledged at that time that a referendum would take place on October 19, 2023.

However, the UK’s highest court on Wednesday set out its view that it would be outside the legislative competence of the Scottish Parliament to bring forward a Bill for another vote to take place on the issue.

At the Scottish Parliament, Scottish Conservative leader Douglas Ross asked an urgent question regarding the response of the Scottish Government to the court ruling.

Answering on behalf of the Scottish Government, Robertson – who is Cabinet secretary on the constitution – told Ross that a Section 30 Order will still be sought to allow a referendum to take place.

“The position of the Scottish Government remains the same as the First Minister announced to this parliament on June 28,” Robertson said of the ruling.

“Nothing in this respect has changed. We would prefer the UK and the Scottish governments to agree a Section 30 Order under the Scotland Act to allow a legal and constitutional referendum to go ahead.

“That is what the people have voted for. It’s for the Scottish Conservatives to explain why they are blocking and why they are denying democracy.”

Ross pressed Robertson over the Scottish Government’s priorities, as he urged the SNP to focus on other issues.

He said: “Let’s be very clear – the SNP’s political obsession with separation dragged both of Scotland’s governments into court.

“But there is now a chance for Scotland and our two governments to come together and move on.

“So there is a clear choice for this SNP government – either they continue to divide our country and focus on their political priorities, or they can get on with the job of dealing with the real priorities for Scottish people.”