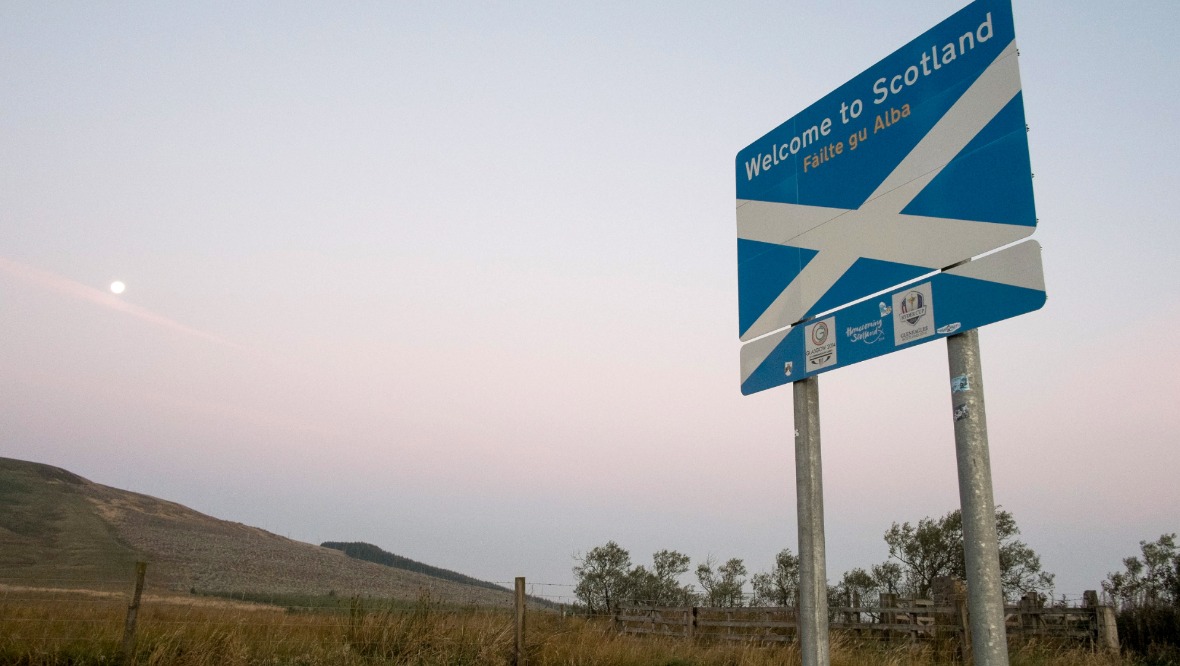 The First Minister has said a protest on the Scottish border calling for holidaymakers from the rest of the UK to stay home “did not speak” for her.

She said she “emphatically” rejected the message of pro-independence activists who staged a demonstration on the A1 at the border on Saturday.

With some wearing hazmat suits, they held up a banner reading “Staycation – Keep Scotland Covid-Free” beneath the official Welcome To Scotland sign at the side of the road.

A livestream video of the event showed one protester wearing PPE saying: “Basically what we’re saying here today is stay the f*** out.”

Nicola Sturgeon’s condemnation of the event came after Scottish Conservative leader Jackson Carlaw called for a response from her.

Carlaw said on Sunday: “We’ve got to change the language because the scenes we saw on the border yesterday afternoon were an absolute disgrace.

“Nicola Sturgeon hasn’t yet, and if she’s watching now I really do hope even belatedly she will come out and stop that kind of rhetoric and language.”

Earlier in the weekend, the Scottish justice secretary Humza Yousaf condemned the demonstration as “racist”.

He tweeted that the protest was “horrible, reprehensible and vile”, adding: “These morons don’t represent the Scotland I know and love.”

Asked about the issue at the Scottish Government’s Monday press briefing, the First Minister said she completely agreed with her justice secretary.

She added: “The people who protested at the border did not speak for me.

“In fact, I would emphatically say I don’t endorse that.”

“This is not a question about whether people in England are welcome in Scotland. Of course they are.”

It comes amid a row over whether Scotland could institute a policy of quarantine for cross-border travellers should cases in the rest of the UK rise.

Prime Minister Boris Johnson branded the idea “astonishing and shameful” and claimed there is “no such thing” as an Anglo-Scottish border.

The First Minister said she has no plans to enact such a measure, but said she would follow public health advice.

She urged the PM and others not to politicise the issue along constitutional lines.