The annual Government Expenditure and Revenue Scotland report covers the last tax year up to March, when the pandemic hit. 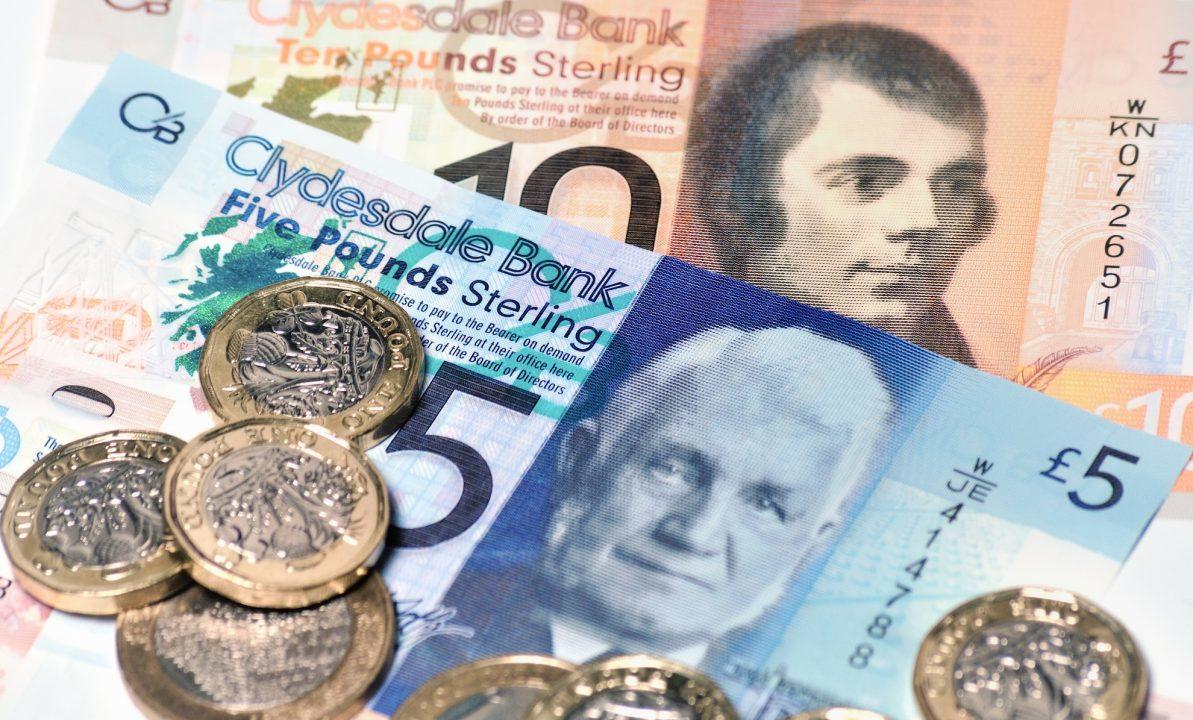 The gap between public spending and tax revenues in Scotland widened to more than £15bn in the last year, or around 9% of GDP, according to new figures.

The annual Government Expenditure and Revenue Scotland (GERS) report for 2019-20 covers the last tax year up to April 5, covering the whole of March, the first month the coronavirus pandemic fully hit the UK.

Despite record revenues of £65.9bn, backed by a £1.1bn increase in onshore revenue, receipts from North Sea oil and gas plummeted by nearly half to £724m.

Meanwhile, total expenditure for Scotland – which includes money spent by both the Scottish and UK governments – rose from £78.6bn in 2018-19 to just over £81bn last year.

It leaves Scotland with a notional deficit of £15.1bn, up from £13.1bn the year before.

By share of GDP, it’s a rise to 8.6% from 7.4% previously, accounting for a geographical share of North Sea oil and gas revenues.

The GERS statistics indicate the UK’s deficit is 2.5% of GDP, up from 1.9% the previous year.

Public spending per head in Scotland was nearly £1663 higher than that of the UK average, very similar to last year.

Commentary in the GERS report says the figures “incorporate the initial impacts of the Covid-19 pandemic” but notes the effects will be even greater next year.

The Scottish Government said the unprecedented nature of the coronavirus outbreak has seen public spending rise while tax receipts have depressed.

Finance secretary Kate Forbes stressed 40% of spending in Scotland and 70% of revenue income is still controlled by the UK Government.

She said if Scotland was independent it would have “the power to make different choices”.

Calling for greater fiscal powers for Scotland, Forbes said: “The public finances were already facing challenges this year due to the uncertainty caused by Brexit.

“We are now witnessing an unprecedented health and economic crisis.

“Countries across the world, including the UK, have increased borrowing to record levels and, as we emerge from the pandemic, high fiscal deficits will inevitably be one of the consequences.

“That is why the UK Government should prioritise economic stimulus over austerity.

“I will also continue to press for the Scottish Government to be granted additional financial powers to enable us to tailor a response that meets Scotland’s needs.”

The finance secretary continued: “Scotland, unlike most other countries around the world, large and small, does not currently have the full financial powers needed to chart a way to sustainable recovery from the economic impact of the pandemic.

“The current situation, with the looming withdrawal of furlough support by the UK Government, means it is now more urgent than ever that we gain those powers.

“Despite the pandemic, and the economic problems that inevitably will arise at the end of the Brexit transition period, we are determined that Scotland should emerge with a stronger, fairer, greener, and more resilient economy.”

She added: “An independent Scotland would have the power to make different choices, with different economic budgetary results.”

But Scottish secretary Alister Jack said the figures show how important the union is to Scotland’s finances.

He said: “The Scottish Government’s own figures show clearly how much Scotland benefits from being part of a strong United Kingdom, with the pooling and sharing of resources that brings.

“People in Scotland, year after year, benefit from levels of public spending substantially above the United Kingdom average, with a Union dividend of £1941 per person in Scotland.

“That has never been more important than it is right now. In the face of a global pandemic, the strength and experience of the UK Treasury is helping people in Scotland and across the rest of the United Kingdom.

“The UK Government is currently supporting more than 930,000 jobs in Scotland – a third of the workforce.

“This is just one part of a huge package of measures to get our economy back on track.”