Scotland ‘should have continued mass testing in March’ 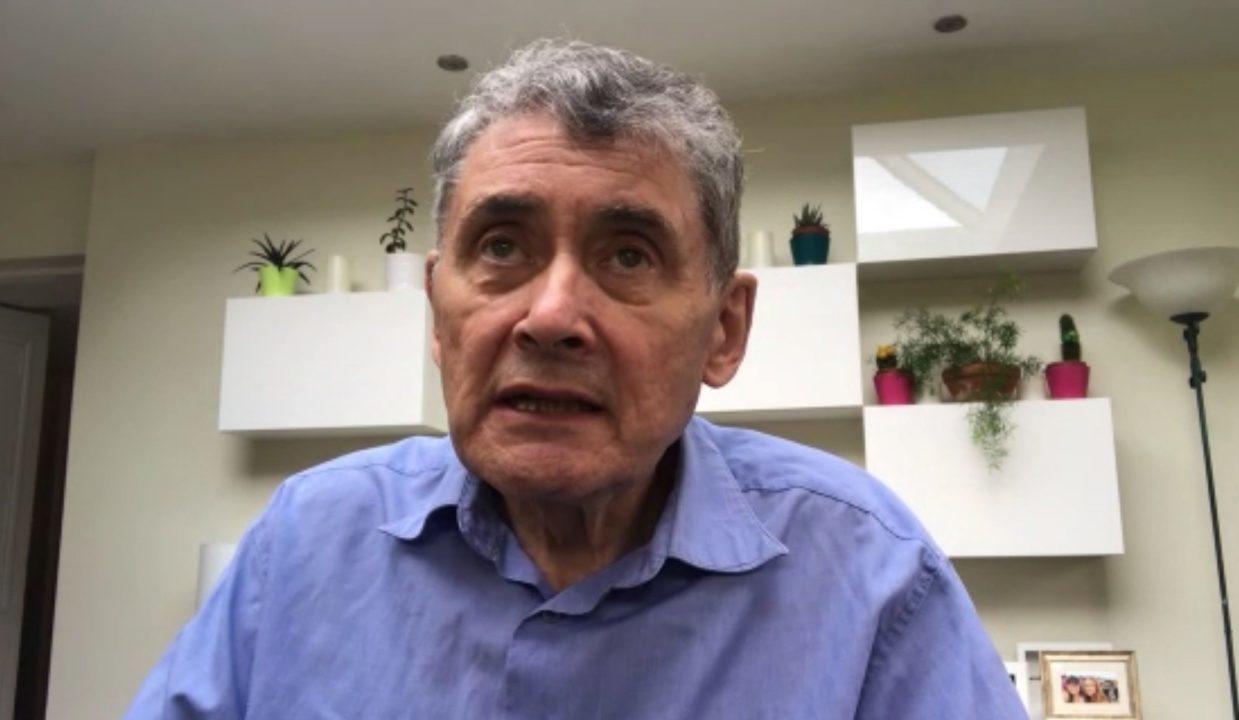 A former Scottish chief medical officer has said the testing, tracing and isolating of all suspected Covid-19 cases “should have been continued” in March – even if it meant deviating from the four-nation UK approach.

Sir Harry Burns, now a professor of global public health at Strathclyde University, said continuous mass testing throughout the pandemic “could have kept a lid on things much earlier”.

And he questioned the level of involvement the devolved administrations had in forming the UK’s coronavirus strategy, telling STV News: “I don’t think it was a four-nation approach – they (the UK Government) did all the talking.”

Prof Burns said the lockdown should “probably” have been imposed earlier and will be “very difficult” to lift – adding it was “pretty clear England was led to lockdown fairly unwillingly”.

He suggested moves the Scottish Government announced ahead of the UK – such as the banning of mass gatherings and the closure of schools – may have been because Nicola Sturgeon “was getting a bit fed up with dilly-dallying”.

A Scottish Government spokeswoman said it made sense to “align our activity as much as possible” with the other parts of the UK.

She said the approach of ministers had “at all times” been guided “by the best and most up-to-date expert scientific advice”.

A UK Government said it had worked “closely with all four nations” and “taken the right steps at the right time”.

When the UK moved to the second “delay phase” of its coronavirus response on March 12, all four home nations abandoned the policy of testing every suspected case as officials already considered the virus too “widespread”.

Lacking the capacity to test, trace and isolate all potential Covid-19 cases, advice switched to asking anyone with symptoms to stay at home for seven days, and only to contact the NHS if their condition worsened or did not improve.

Speaking to STV News, the former CMO said: “I think the Scottish Government should have continued (mass testing) and said so at the time.

“It might have been a very practical thing – and that would explain why the Scottish Government did it as well – if you simply don’t have the kits, because it’s a complicated test.

“You take cells from someone’s mouth or throat or whatever, and you have to extract the RNA of the virus and measure miniscule amounts of this RNA to prove that people have got it.

“The clever lab people tell me that extraction can be quite problematic.

“So, it might have been a practical reason, but other countries were doing it: Germany and so on were doing it. I don’t know why the UK dropped mass testing.”

He added: “In Greece and Norway there have been around 100 to 200 deaths. What’s going on here? Why are we so swamped?

“And I suspect it’s because a lot of the virus is out there and we haven’t got to grips with the ‘test, trace and isolate’ approach.”

Proponents of mass testing, tracing and isolating say it helps to suppress the virus by identifying everyone who has it and quarantining them so they can’t infect others.

Germany, which rapidly deployed mass testing, has had fewer than 7000 Covid-19 deaths – a quarter of the UK total – despite discovering its first cases at the same time and having a larger population.

Scottish Government officials previously described the issue of mass testing as “a distraction” and not a “panacea”, saying the tests aren’t always reliable and that social distancing is a more effective way of preventing the disease’s spread.

But had he been advising the First Minister, Prof Burns said: “I would have been in line with the WHO thinking on this: test, test, test, trace and isolate.

“I would have been trying very hard early on to get the classic public health response to an infection, which is find out who’s got it and isolate them before they can spread it.”

The Scottish and UK governments have both made clear that a “test, trace, isolate” policy will be key to lifting lockdown measures, with fresh targets set for testing capacity at the start of April.

Nicola Sturgeon said on Friday that Scotland had exceeded its target for 3500 tests per day, with a capacity for more than 4300 – and said counting drive-through test centres coordinated by the UK Government, total capacity was now more than 8000 per day.

The Scottish Government hopes to raise that total capacity to 12,000 daily tests by mid-May, the First Minister said.

UK health secretary Matt Hancock claimed the target he set for a capacity of 100,000 tests a day across Britain had also been exceeded.

But Prof Burns suggested the UK Government was slow to respond to the crisis at first, borne of “complacency “due to previous coronavirus outbreaks like SARS and MERS having a low impact on Britain.

“And there was some history that showed that had happened, or that view would have been correct, if what was happening in the past was happening now.

“I just don’t think they got to grips with the reality of the situation fast enough.”

He added: “I got the sense that UK Government were a bit slow.

“I suspect the Scots and maybe the Welsh and Northern Irish as well were on the case a bit earlier than when the UK Government turned its mind to this.”

UK health secretary Matt Hancock was first alerted to Covid-19 on January 3, before discussing the issue with health department officials and the Prime Minister in the following days.

The UK’s ‘four-nation’ strategy against coronavirus was announced after a COBRA meeting on March 2, setting out a four-stage approach: contain, delay, research and mitigate.

The approach was heavily informed by SAGE (the Scientific Advisory Group for Emergencies) along with other advisory groups.

It emerged the Prime Minister’s top political adviser Dominic Cummings had been regularly sitting in on SAGE meetings since February, while devolved CMOs and chief scientific advisers could only listen in on meetings as “observers”.

Therefore, they could not ask live questions, instead having to submit them in writing beforehand.

However, devolved health ministers and officials did attend and give their opinions in COBR sub-committee meetings.

Prof Burns said: “I don’t think it was a four-nation approach – they did all the talking.

“And having the Prime Minister’s special adviser there is puzzling.

“If, as they said at the beginning, it’s all about the science, what’s Cummings doing there?

“It was all about political presentation, I think, and that was a mistake.”

“But you could see that there would be a lot of discussion at a political level, and it was pretty clear that England was led to lockdown fairly unwillingly.

“Scotland closed schools just before England – perhaps the First Minister was just getting a bit fed up with dilly-dallying.

“Yeah, we might have done it earlier, but hindsight’s a wonderful thing.”

He added: “I was worried people were paying far too much attention to the economic impact and not enough to the fact that this was going to kill thousands of people, which is where my interest lies.

“I absolutely accept the economic problems are going to be serious and you have to balance that, but I really wish tens of thousands of people hadn’t died.”

The Scottish Government said dealing with Covid-19 “is the biggest challenge we have faced in our lifetimes”.

A spokeswoman said: “The Scottish Government is engaged in a significant expansion of testing capacity to support a test, trace and isolate approach, which will be a crucial part of any moves to lift the lockdown measures in the future.

“At all times, the Scottish Government’s actions have been guided by the best and most up to date expert scientific advice, working closely with Governments across the UK.

“Decisions will always be made in the best interests of people in Scotland. The virus doesn’t respect borders or boundaries and it makes sense to align our activity as much as possible.

“This is the biggest challenge we have faced in our lifetimes. It is right and proper that decisions taken during this process face scrutiny but all our efforts are going towards protecting life and the people of Scotland during this unprecedented crisis.”

A UK Government spokeswoman said: “This is an unprecedented global pandemic and we have taken the right steps at the right time to combat it, guided by the best scientific advice and working closely with all four nations of the UK.

“At all times throughout the four nations the NHS has had the spare capacity which it needs to respond to the pandemic, with intensive care unit beds and ventilators available to anybody requiring such specialist care.

“The government has been working day and night to battle coronavirus, delivering a strategy designed to protect our NHS and save lives, and take unprecedented steps to support businesses and workers and protect the UK’s economy.”